I finally caught up with the long staying Short-billed Dowitcher at Lodmoor today after finding myself with somewhat extra leisure time - lost my job!

Having first been found at the beginning of September this juvenile bird has lost its warm rufous tones and in a month is now showing its greyer, colder looking winter plumage - but it's still a cracking bird to look at!

When I turned up at Lodmoor around 8am after a three hour drive, the bird was quickly located along the muddy fringes of the scrape, asleep with its head in its wing - one or two of the local birders suggested that this may be the best view I would get, as the bird often spent a large part of its day asleep or out of view. 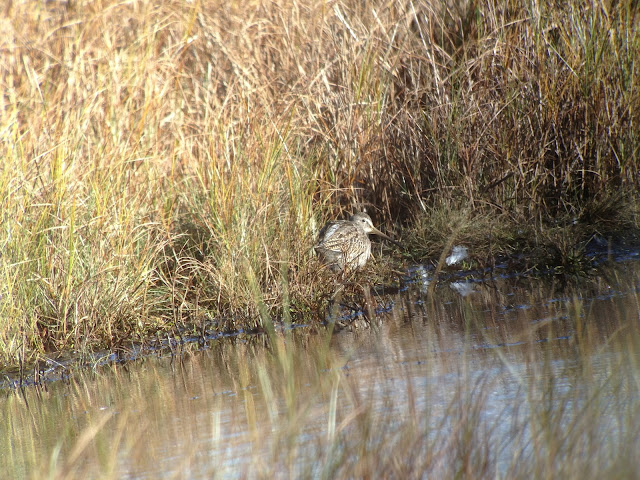 But after around half an hour the bird started to feed along the muddy margins along side a couple of Snipe - result! And for the next hour I was rewarded with stunning views, less than 50 feet away in great light conditions with the sun behind me - perfect. 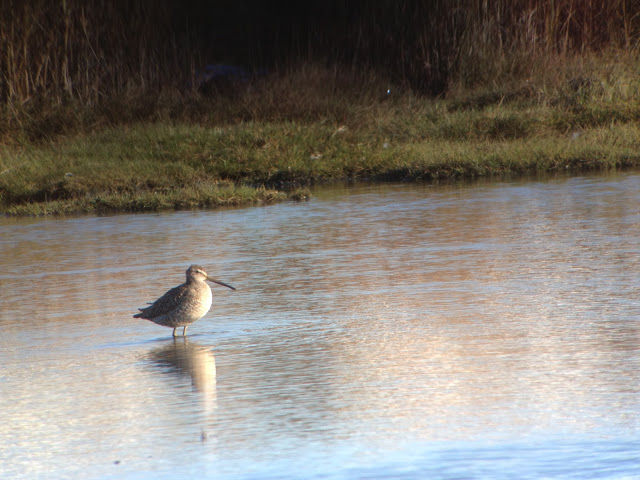 With both Sparrowhawk and Common Buzzard knocking around it wasn't long before the bird was spooked and taking flight it showed off its white cigar shaped pattern on its back - not unlike Spotted Redshank. It then circled the scrape before plonking itself down even closer to where I was standing, giving some rather crippling views - with the ID clinching tiger stripped tertials in full evidence. 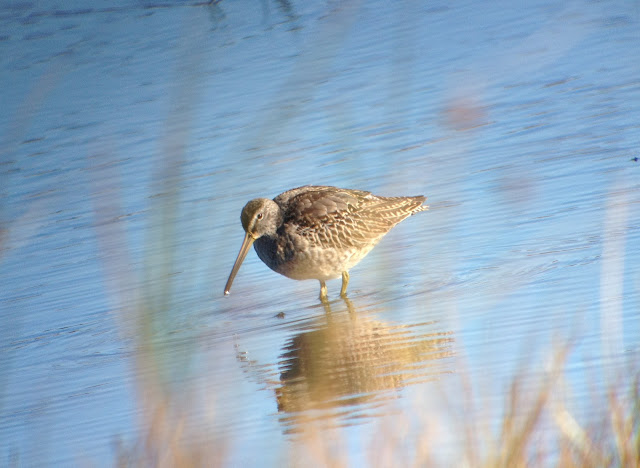 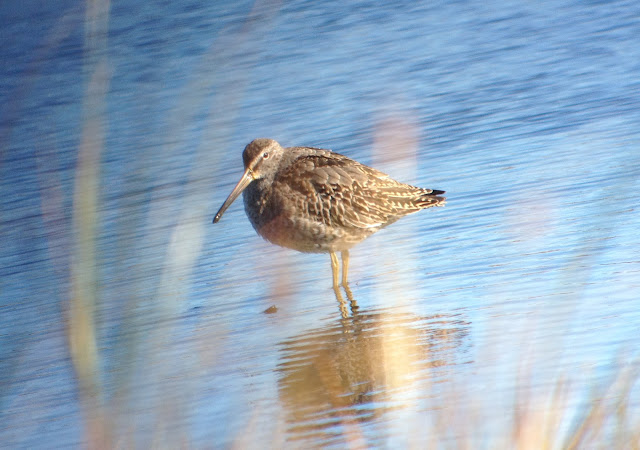 Seeing a new bird always gives you a buzz but when you see it 'well' this really does make the early start, long drive and earache from Mrs B seem more than worthwhile.