At last...a summer migrant, and a what a bird to start with! 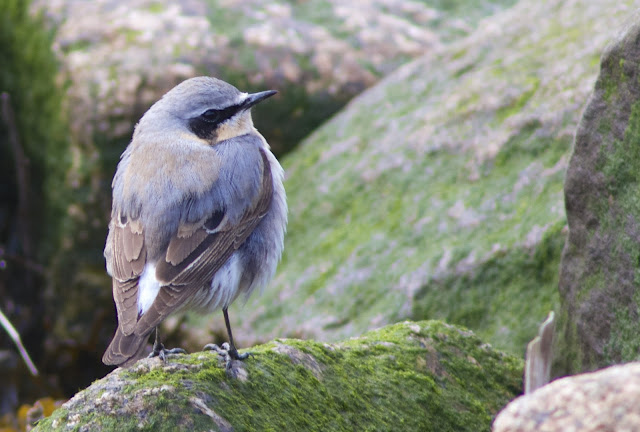 I've virtually given up waiting for this year's Wanstead Wheatears to show up, having trudged up and down the Flats on several occasions in that bitterly cold north-easterly wind in the hope of seeing a white-rump dancing between the gorse bushes without any luck! So, encouraged by the recent photographs on the blogs of Paul Hawkins and Shaun Harvey I decided to take the quick option and skip down the A13 and the magical bird enticing qualities of Rainham's Ferry Lane to pick up an easy Northern Wheatear, and within minutes...bullseye, my first of the year! 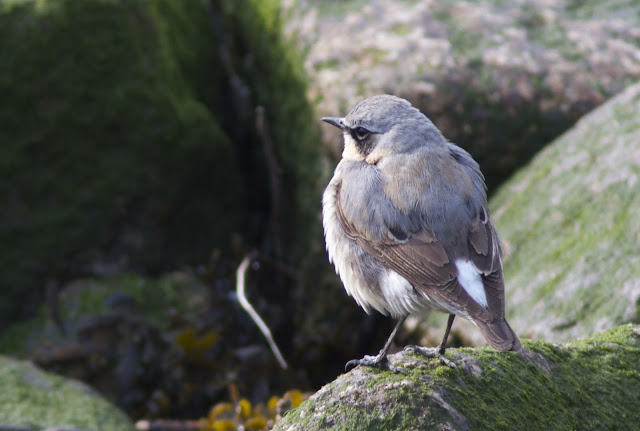 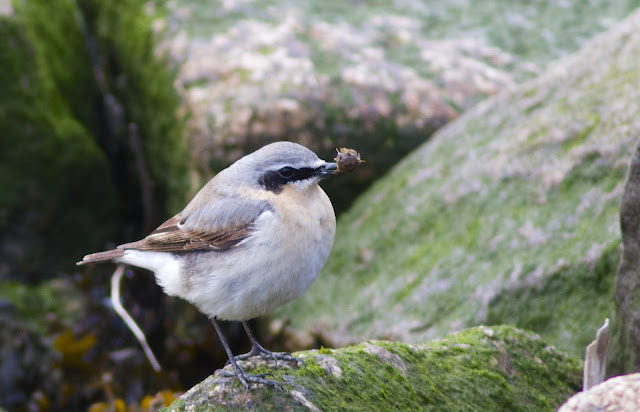 After lapping up the delights of the male Northern Wheatear, it wasn't difficult to pick up the other
stars of Ferry Lane 'the Black Redstarts', both male and female birds were giving obliging views feeding on the marine invertebrates along the foreshore, with Chiffchaff, Grey Wagtail and female Stonechat all in company - come to think of it, the only thing missing on the back of these spring easterly winds was probably a BLUETHROAT - I'm sure there's one skulking in a reed ditch somewhere on Rainham Marsh! 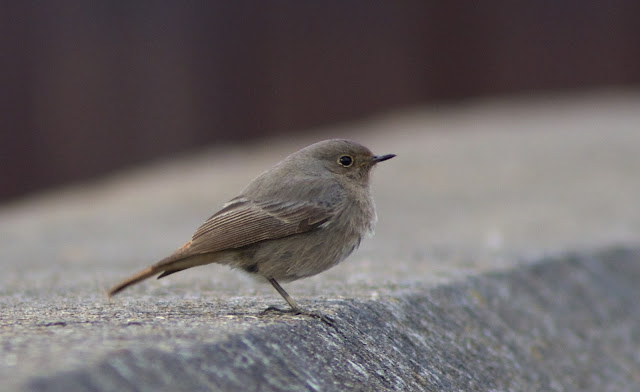 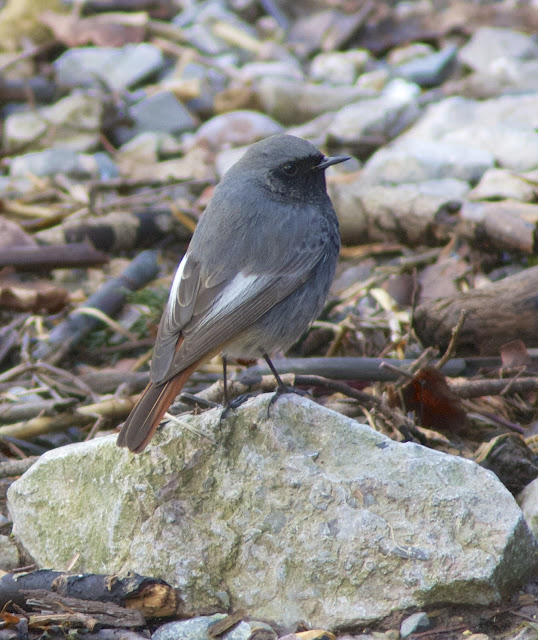