Red-breasted Merganser on the Thames

Yesterday afternoon I took my two young boys to Rainham Marsh RSPB for a walk along the seawall not really expecting to see a great deal (I never usually do when they're in tow) but more in hope of maybe catching my first returning hirundines of spring - especially as the wind had finally switched direction.

So it was a pleasant surprise to see a relatively close inshore Red-breasted Merganser drifting down the river on the high tide, eventually ending up in Aveley Bay. Although the bird wasn't diving it looked in fairly good condition with no obvious signs of any oil or feather damage.

I would have said this bird was a female but could it actually be an immature male? 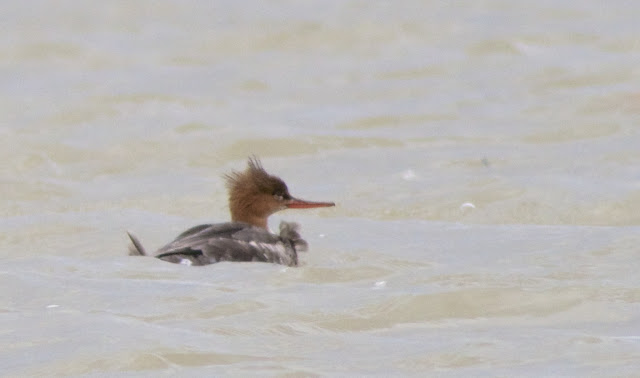 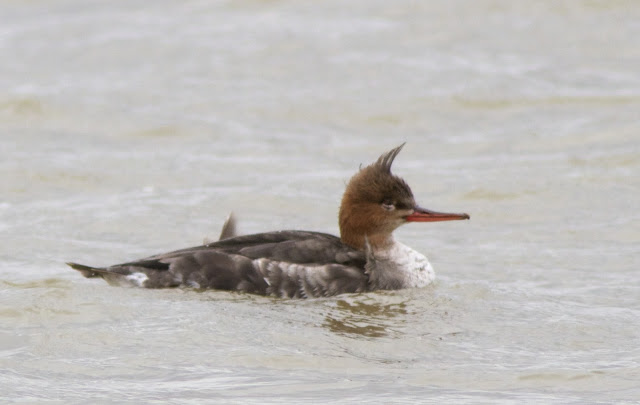