I hadn't planned to go birding this morning, but all that quickly changed when I received a message from the 'Wanstead faithful' reading there had been a 'fall' of Wheatear on the Flats, with up to twenty birds on site - wow! Not wanting to miss that spectacle I dashed to the Flats knowing that I had about an hours window - but what an hour that was to become!

After picking up my first Common Whitethroat of the year en-route to the Broom Fields, it was instantly clear that far more Phyllo's were about than yesterday, with Chiffchaff calling in almost every piece of scrub. I reached the Broom Fields and the messages were true - it was dripping with Northern Wheatear, with at least twenty five birds, probably more, on every grassy tussock and mound!

Meeting up with Mr Croft who had already bagged a Common Redstart and Whinchat, I was keen to move on and cover as much ground as possible, with one eye on the time I frog marched to the Alex scrub picking up a smart spring male Whinchat on the way - no chance of any images it was far to flighty, but within minutes of reaching the scrub I had soon found the female Common Redstart fly catching in the sun - perfect. 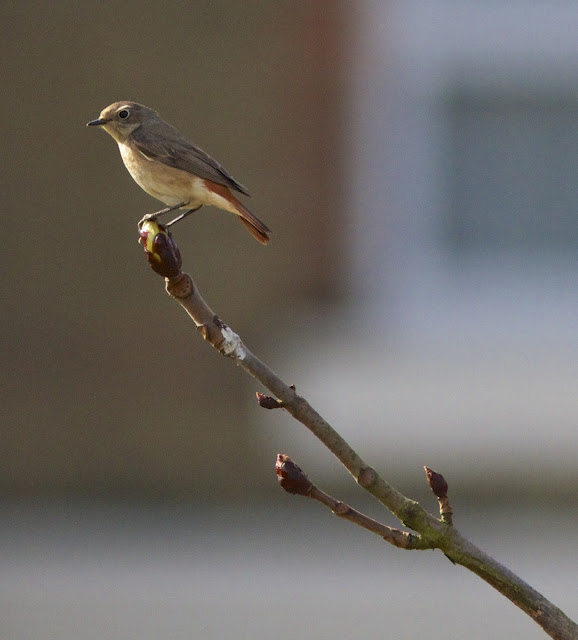 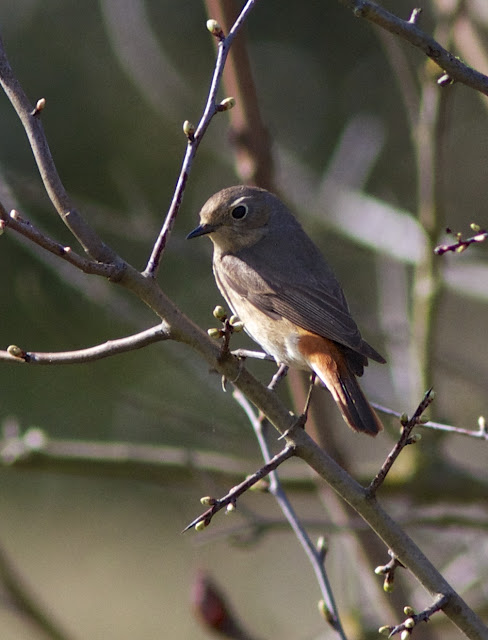 No real time to stop and enjoy the bird I headed quickly back across the Flats briefly stopping in the Broom Fields again to look at the amazing Northern Wheatear spectacle, when a Ring Ouzel flew straight over me, landing briefly in the Hawthorn, before flying on to one of the wooded copses - this was getting better and better.

Continuing on through the Broom Fields and cutting up through Long Wood the sight of another red flick of the tail in the scrub ahead 'BINGO' - a  stonking male Common Redstart! Not much can beat the sight of a spring male - I'll let the images do the talking... 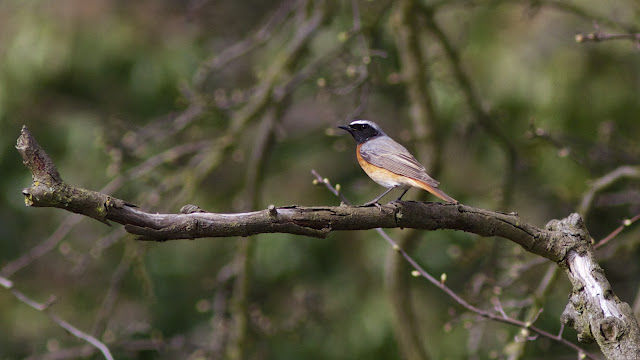 What an hours birding...and reading all the accounts of birds seen in London today, it seems as if London as a whole has had one amazing 'fall' of migrants with some fantastic numbers reported across many sites in the region - I was just happy/lucky to have been amongst it for a short time.

I couldn't not finish this post without an image of one of the Northern Wheatears from today. 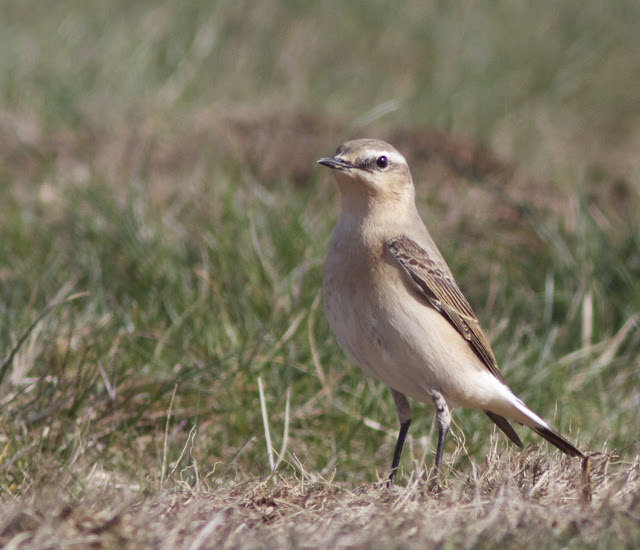