Just over a year since the last Bonaparte's Gull graced the Thames, I wasn't expecting to see another one along the same stretch of river quite so soon - and a smart adult summer bird to boot!

After quickly checking the gulls on the foreshore at Barking Bay - just in case the bird followed last years pattern! I drove the short distance into Kent and the opposite side of the Thames, where the adult Bonaparte's Gull had been seen again around the area of the incinerator outfall at Cross Ness, scanning through the gulls it wasn't long before this smart looking summer plumage bird with full black hood and contrasting white eyelids, was easily picked out amongst the numerous adult Black-headed Gulls and their lighter chocolate brown hoods.

The views this time were a lot closer than last years bird at Barking Bay, but the question was - is this the same bird returning or just a timely coincidence? 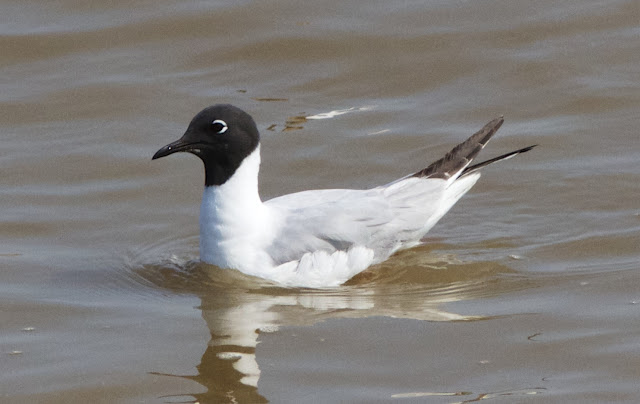 At such close quarters it was also good to get a clear comparison of both gull species side by side. 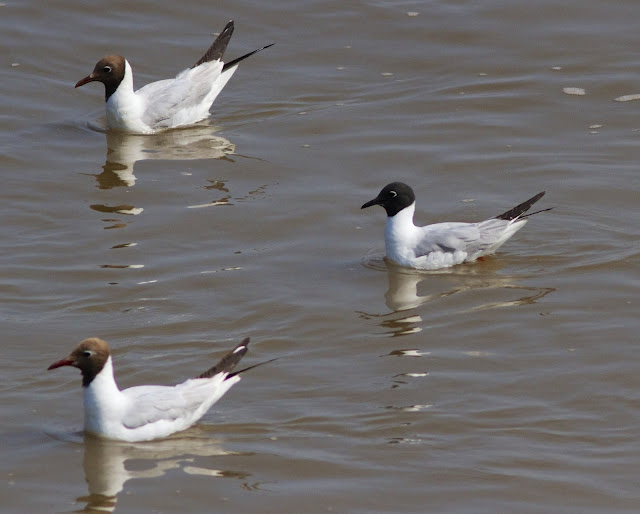 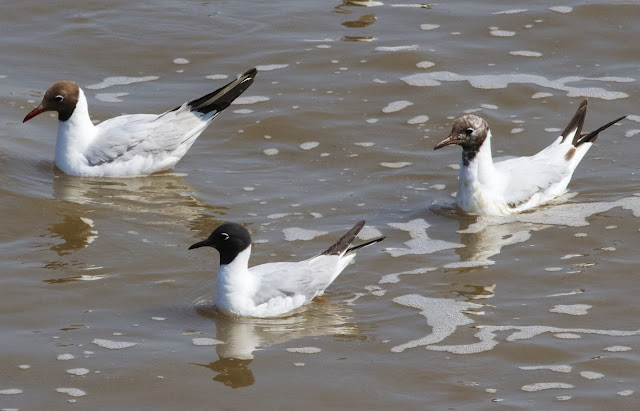 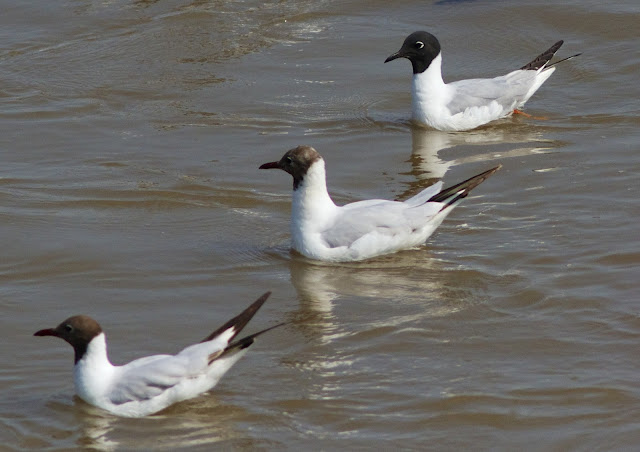 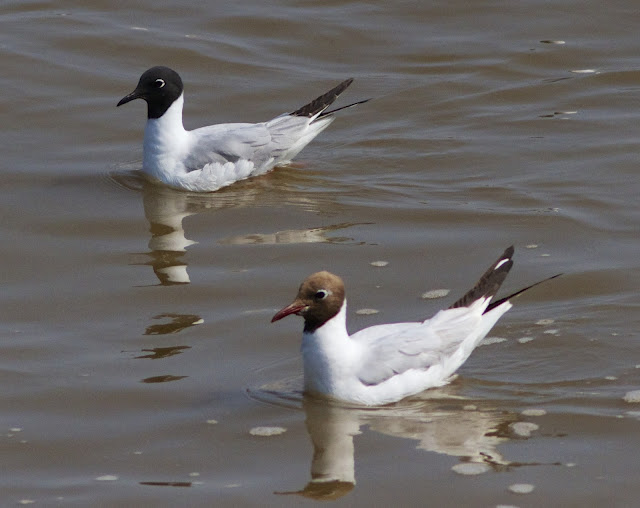 There was also an adult Mediterranean Gull knocking around, it was just a shame I never managed to get an image of the bird, or even better the three adult summer gull species together!