An early start and under an hours drive away (even less if you don't get lost) from where we were holidaying are the coastal salt pans at El Pinet, which are at the southern end of the Santa Pola Salinas. I had read this was a good site for Greater Flamingo, and had visions of seeing a distant tall pink blob or two in the heat haze - how wrong could I be!

As soon as I reached the car park and looked through the adjacent screen hides, those tall pink blobs were now feeding only metres away! With a couple of hundred birds covering the salt pans including many juveniles this was an amazingly close encounter I hadn't quite expected. 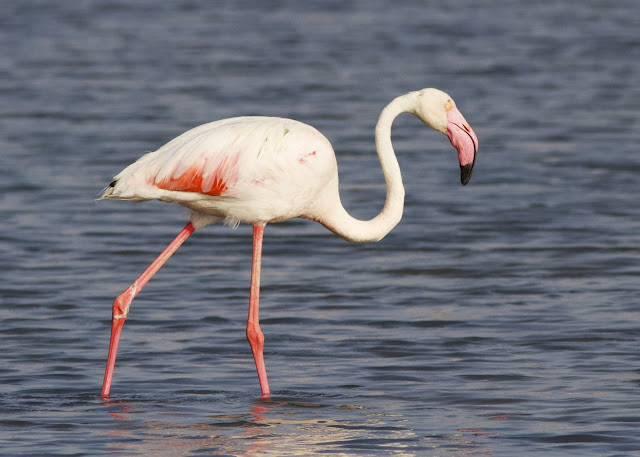 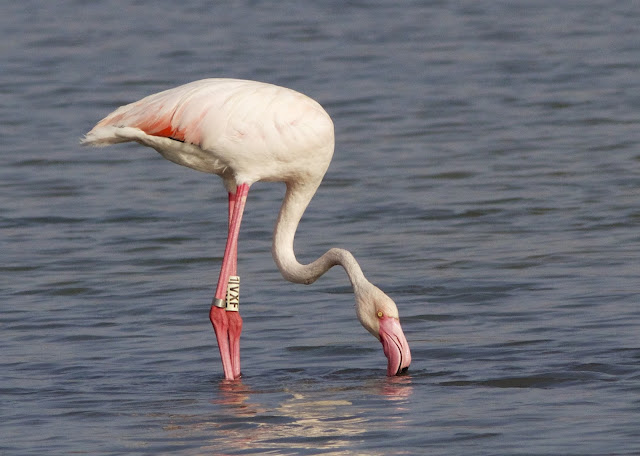 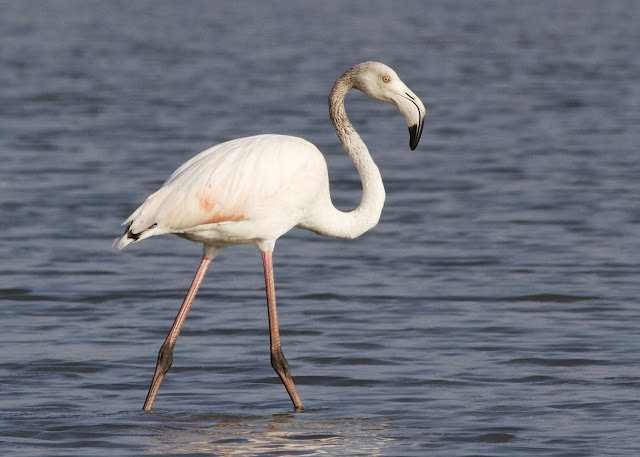 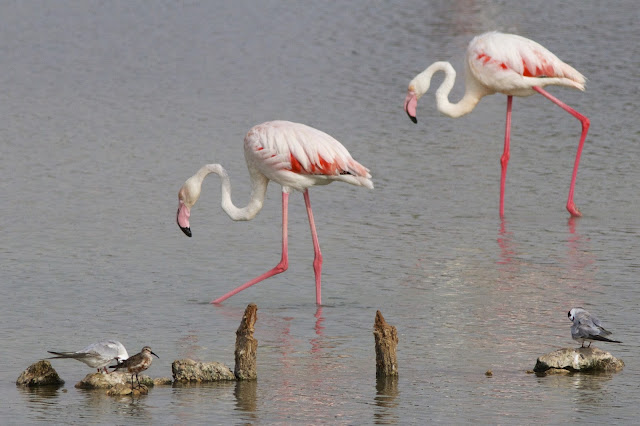 Crossing the wooden boardwalks through the pine covered sand dunes on my way to one of the raised platforms hides which strategical overlooked across the salt pans, you could imagine this place being a magnet for passage migrants at the right time of year - sadly mid-summer wasn't that time of year, and the only passerines of note were Iberian Grey Shrike and a Short-toed Lark. But where the pine trees were lacking in birds they made up for it with the loud buzzing sound of Cicadas, the noise was almost deafening - shame I'd forgotten to pack my ear defenders! but still, at least I'd remembered the mosquito repellent. 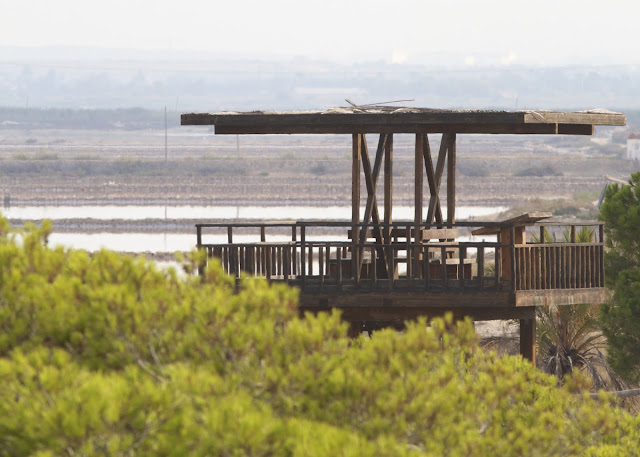 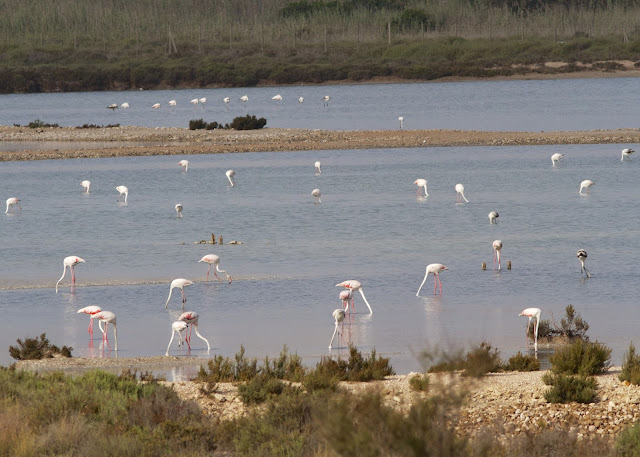 Apart from the Greater Flamingo there were a few waders also taking advantage of this great habitat including Avocet, Black-winged Stilt, Kentish Plover, Common Sandpiper and several smart looking Curlew Sandpiper all starting their moult into winter plumage. 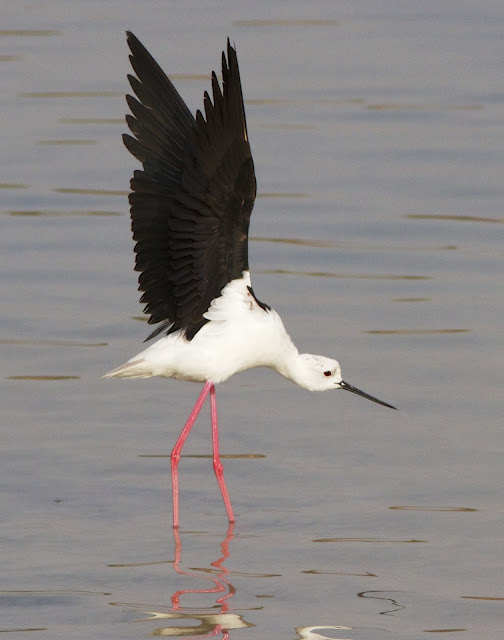 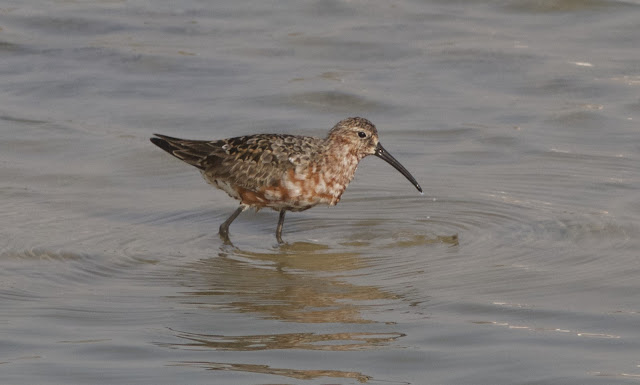 Terns and Gulls were also here in good numbers including the Mediterranean specialities; Slender-billed and Audouin's Gull, Whiskered and Gull-billed Tern, along with the more familiar Little, Sandwich and Common Terns. 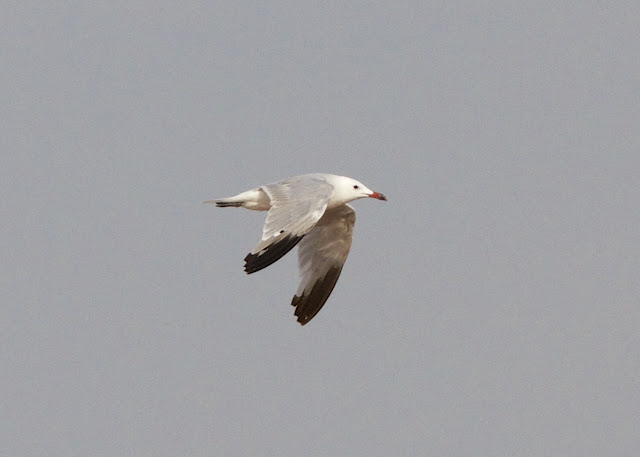 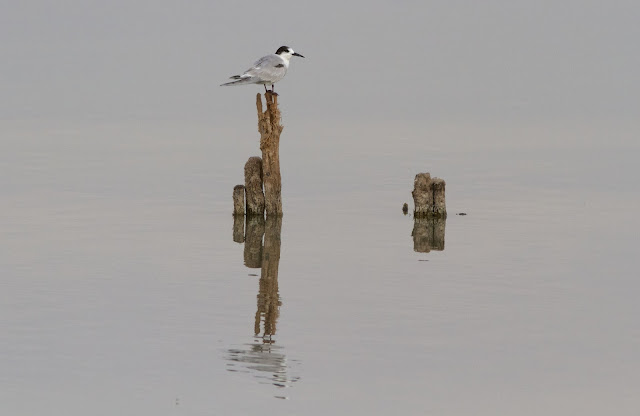 Add several Collared Pratincole hawking around the fringes of the salt pans into the mornings mix and my return of birds for a couple hours birding in the heat of a Spanish summer wasn't bad.