Poolside birding on the Costa Blanca

Its been three years since the family last enjoyed a summer holiday abroad - previously opting to stay in the UK, but after enduring the last couple of wet summers, we bit the bullet and paid the massively inflated air fares (low cost air travel during the school holidays just doesn't exist) - but despite the cost I don't think it will be such a long wait until the next time we jump on a plane, as we all had a such a great time.

Our holiday destination was the Spanish region of the Costa Blanca, and a villa in Algorfa, south of Alicante. With the promise of warm weather, blue skies, outdoor pool, quality cheap booze, great food and with a few southern European birds to look out for - there wasn't much to not look forward too.

Without much effort, the list of birds around the villa was starting to tally up with daily sightings of flyover Bee-eaters, Whiskered Tern, Cattle Egret, Turtle Dove, Palid Swift and every day you could guarantee a family party of Red-rumped Swallows flying around the swimming pool, before settling on the TV aerial. 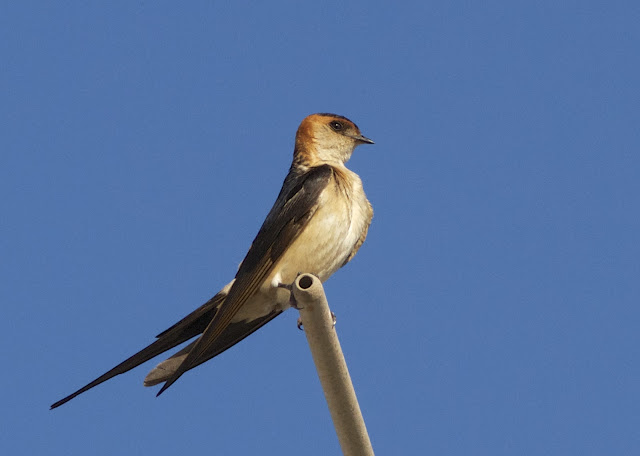 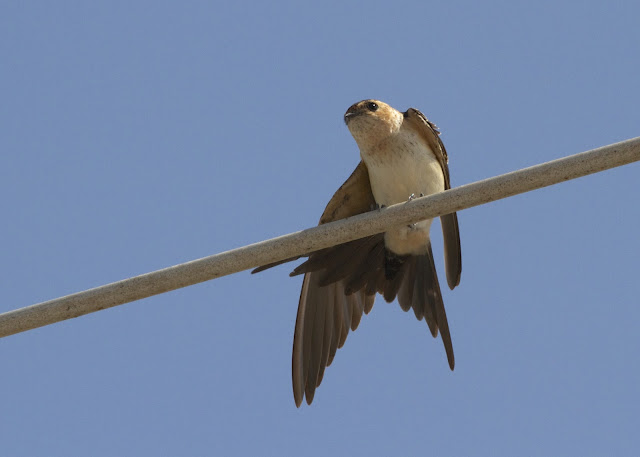 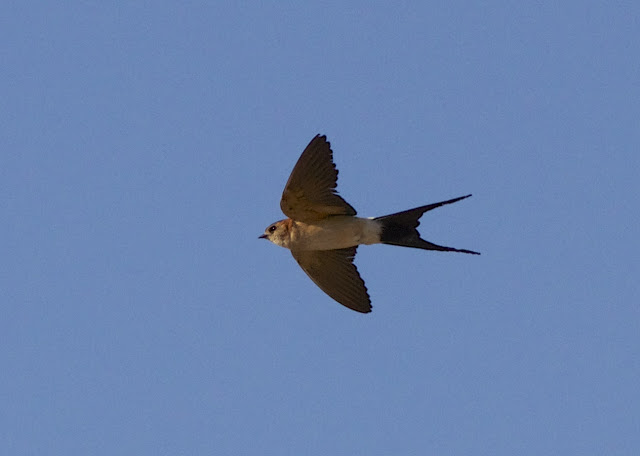 But an undoubted highlight happened whilst lounging around the pool and topping up the suntan (working on losing my t-shirt tan lines) when a light phase Booted Eagle slowly circled the villa - thankfully it circled slowly enough to enable me to run inside and grab the camera. 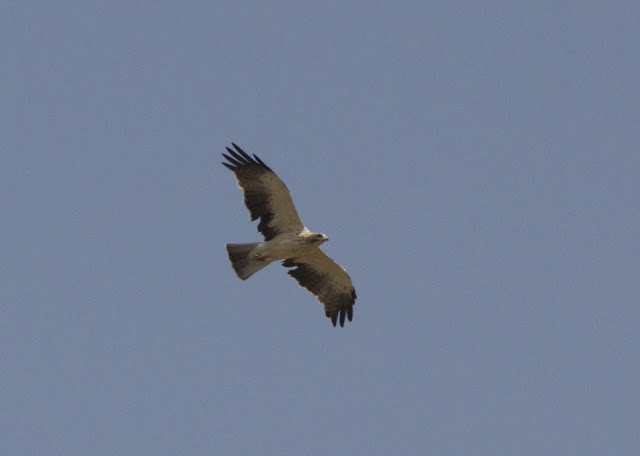 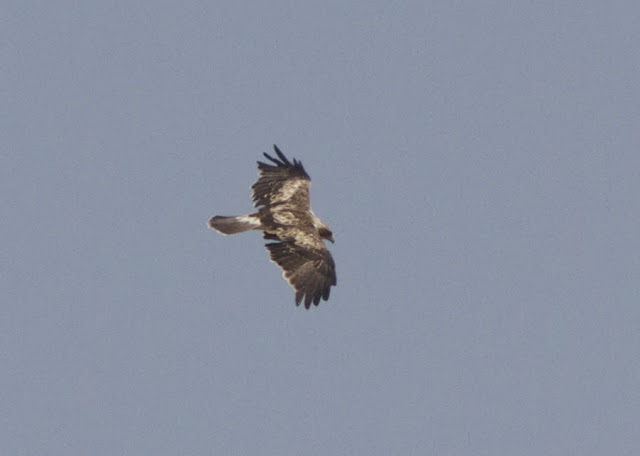 To one side of the villa was an orchard of lime trees with a little bit of scrub, not the most bird enticing of habitats but enough to hold a small group of Serin, Sardinian Warbler, Red-legged Partridge, the odd Hoopoe and even more Red-rumped Swallows. 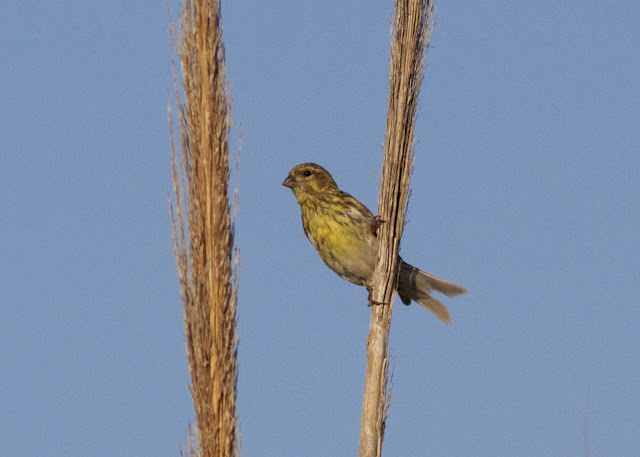 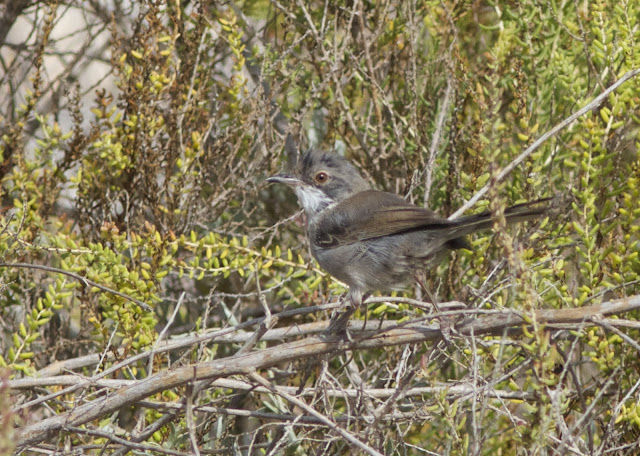 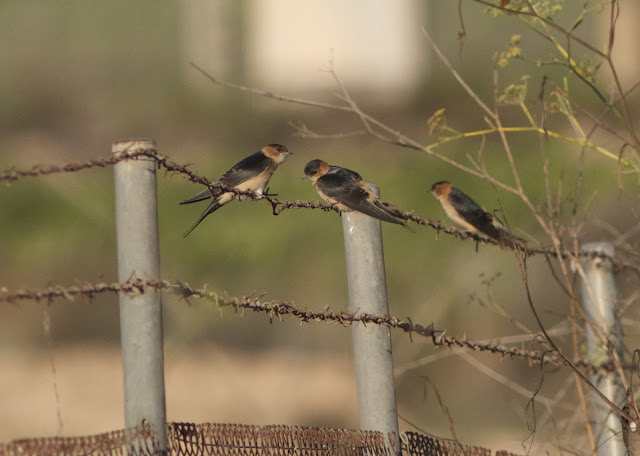 But probably the best time of day were the evenings, just before sunset whilst enjoying a glass or two of the local chilled pink vino, it seemed the villa was on the direct flight path of a gull roost with large numbers of Yellow-legged and Mediterranean Gulls flying over. 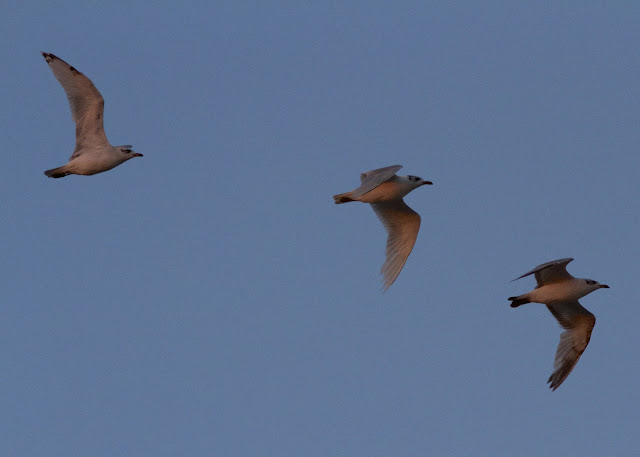 Spotless Starlings were also more evident in the evenings, as were the Stone Curlews who noisily put in a late appearance before the sun finally disappeared for the day - now where did I put that corkscrew! 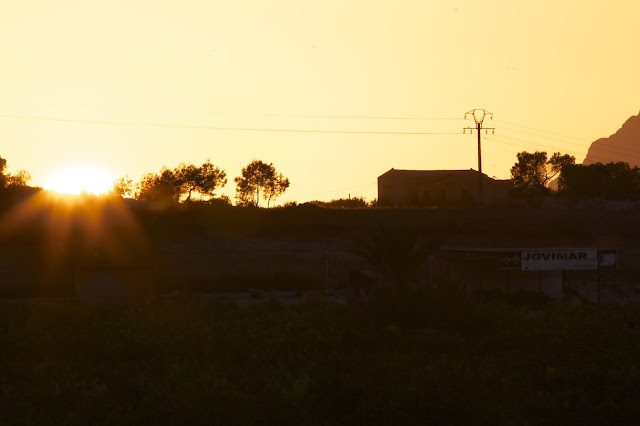