Whinchat, but no Wryneck

With the first report of a Wryneck in London this autumn at KGV reservoir, I headed over to take a look, and things were looking promising when I passed another birder who had been watching the bird just ten minutes earlier. He then pointed me in the direction of a Hawthorn tree on the west side of the north basin and explained he'd been watching it sat up in the tree until a Sparrowhawk flew over and that's when it then dived into cover!

But despite patiently waiting and watching the Hawthorn tree and the surrounding cover from the bank of the reservoir for some time, I left without success! Although watching up to four Whinchats along the same channel of scrub did keep me occupied. 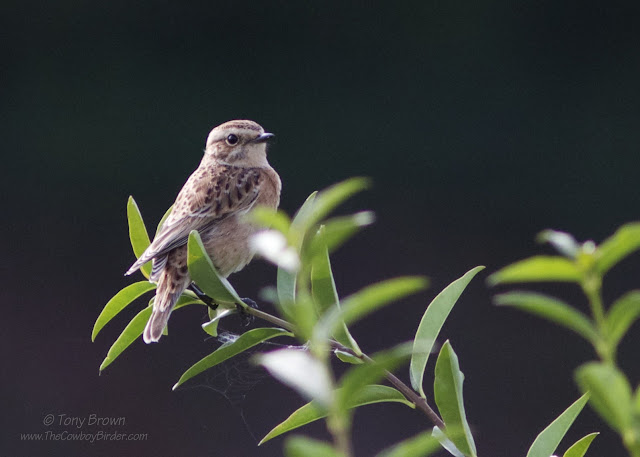 If this Wryneck follows the same pattern as those of the last few years at Wanstead and Alexandra Palace, then I'm sure it will be around for a few more days yet.