If it wasn't bad enough that I had to get the boat to the Scilly Isles, the thought of getting on another one the same day was hardly enthralling - but this was not going to be any ordinary boat journey, this was going to be a pelagic - my first pelagic (and probably my last) aboard Joe Pender's boat the Sapphire - renowned for seeing some amazing seabirds in the south-west, as well as being part of the tagging program into the research of shark movements.

I just had to be aboard that boat...no matter what the expected outcome might be!

As expected...an hour into the five hour round trip I started to go green - apparently, Kermit the frog green (thanks guys) and I was sick as dog, no ordinary dog, the sickest dog you could imagine...oh well, I knew it was going to happen. So in between bouts of sea sickness I did raise my green head to witness some amazing seabirds at incredibly close range - thankfully they were close enough to view without bins, as mine were covered in regurgitated Cornish pasty! 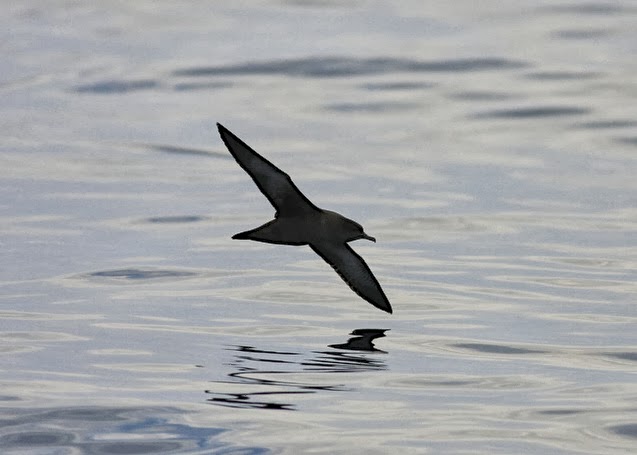 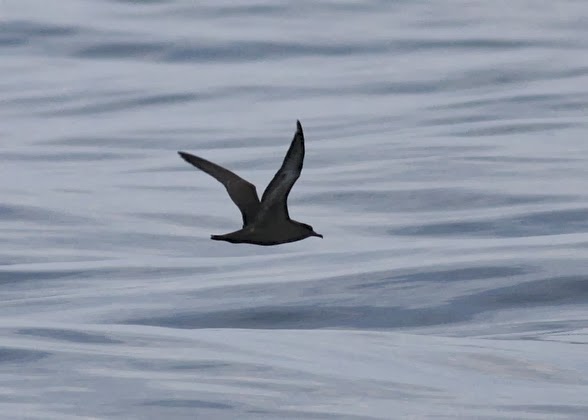 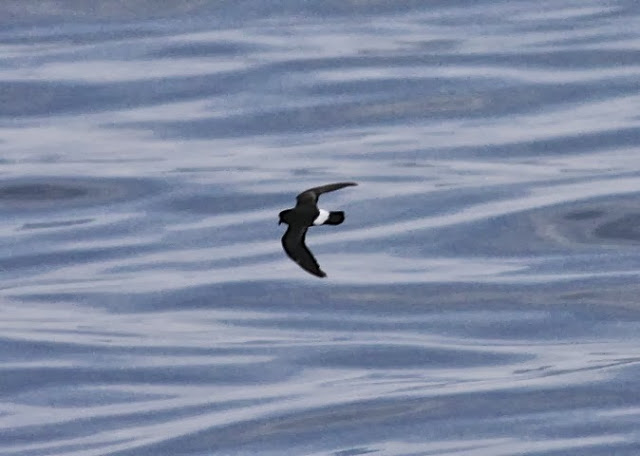 And it wasn't just the seabirds that were giving us great views - there were Common Dolphins, not one or two, but big pods of up to a hundred with youngsters in tow breaking the water and coming straight towards us at great speed, and then going around or under the boat - a few stopped and inquisitively checked us out, before continuing onwards and further out into the Atlantic on there own migration. 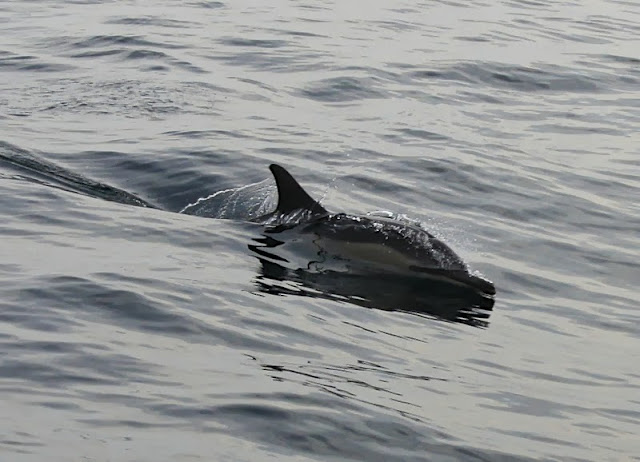 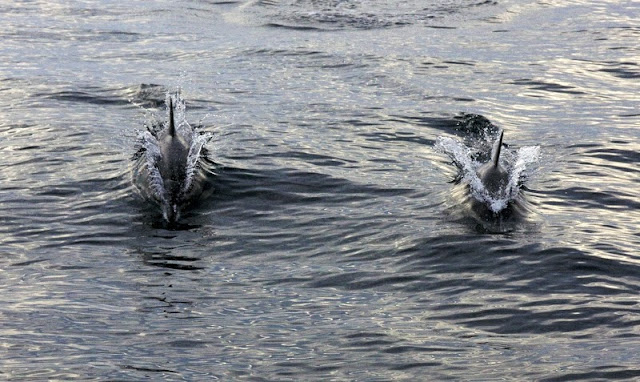 Whilst on board the Sapphire the fishing team continued to line catch Mackerel and even caught a good size Ling, whilst buckets of chum were made up (lovely smell!) and tipped over board to attract the Sharks - then finally after a couple of failed attempts when the line snapped or the bait came off, they eventually hooked into a shark, Blue Shark! and after a bit of a tussle a 7ft Blue Shark was reeled in and lifted on board to be weighed and measured, tagged and released - what an awesome sight. 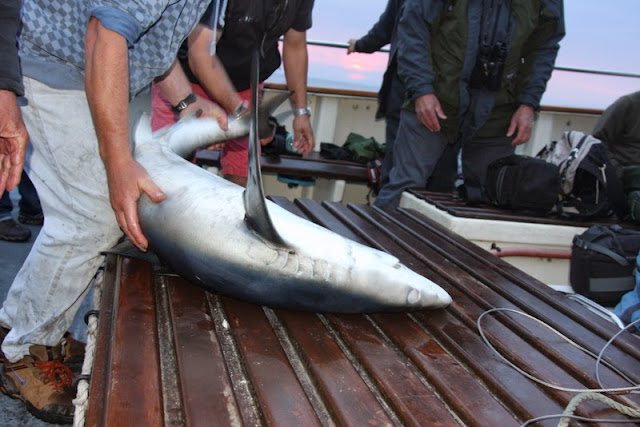 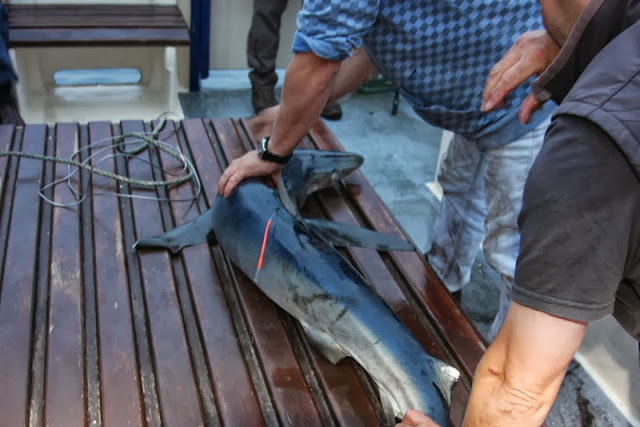 As the light faded and the Sapphire returned to shore I laid down on the deck to rest, exhausted by my continuous bouts of sickness - my stomach may have been empty but my head was full of amazing memories.

Thanks to Paul Hawkins who kindly provided the images for this post - unfortunately my camera never left its bag!