I was keen to have a look at what the RSPB had been up to on Bowers Marsh, a place I knew well from my youth - and in the short time I had on this recently opened South Essex reserve, I was impressed with the changes.
Although the track down the hill and past St. Margaret's church and onto the new car park, next to the old cowshed (this use to be great spot the Little Owl) was riddled with potholes, the rest of the reserve had a freshly laid footpath, which weaved and followed the hedgerows and circumnavigated the marsh. The newly created network of flooded freshwater grasslands looked particularly impressive and already held small numbers of Wigeon, Teal and Shoveler. Four Spoonbills had also taken up residency on the largest body of water on the marsh, along with Little and Great Crested Grebe - in time this area should see larger numbers of winter wildfowl and hopefully a few waders pushed of the tidal creeks at high-tide.
I didn't have time to cover the whole reserve on my short walk, but what I did see I was impressed with, Cetti's Warblers called from the reed ditches, and the hedgerows were attracting small party's of finches and I'm sure Short-eared Owls are going to be a regular feature throughout the winter months as they always use to be, but the highlight on my visit were three Corn Buntings - a bird I regularly use to see on my childhood visits to Bowers Marsh. 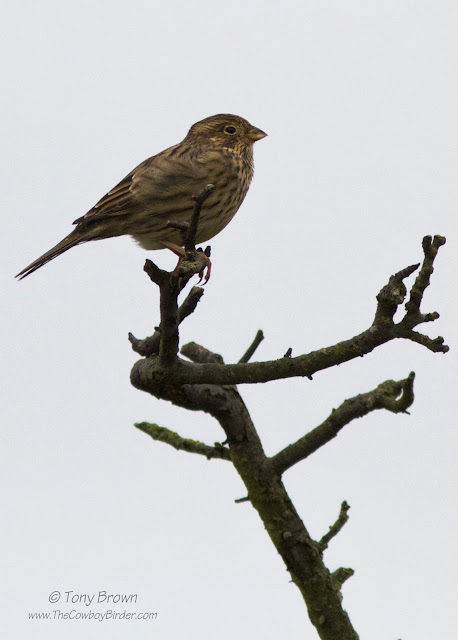 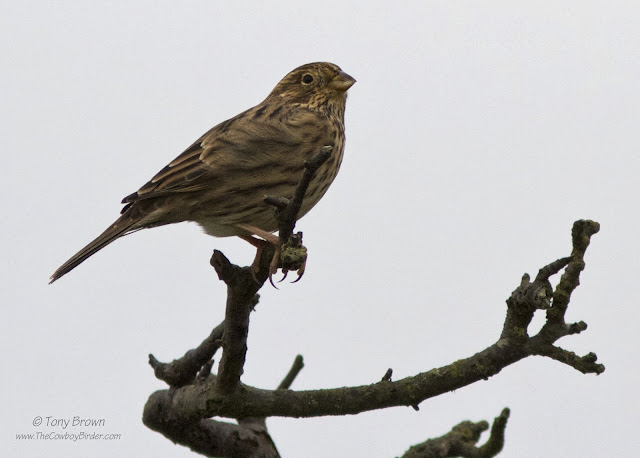 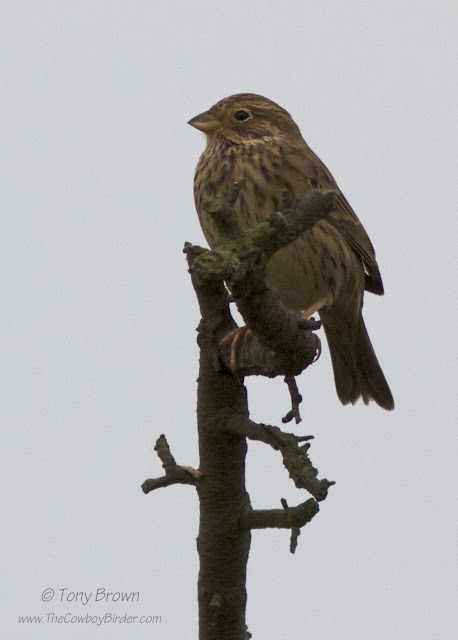 Everyone is aware of the huge decline in our traditional farm land bird species, so to see these Corn Buntings still here and taking advantage of this new RSPB reserve was a great fillip, and with the RSPB now carefully managing these arable fields and wetland marshes - l hope to see there numbers increase on Bowers Marsh in the coming years.
Posted by Tony Brown at 16:34