In 'Oare' of Crake

Surely someone has used that blog title before? If not - why not, it's the work of a genius ;)

No prizes for guessing what I went to have a look at - Spotted Crake!

This long staying bird is still occupying a small reedy pond on the edge of the Oare Marshes nature reserve, and as I arrived it was obligingly on view - but as I imagined, despite its close proximity the views were always slightly obscured by the vegetation, and due to the birds skulking and nervous nature as soon as I (or someone else) moved to get a slightly better angle of view, it would frustratingly scuttle back into the reeds. 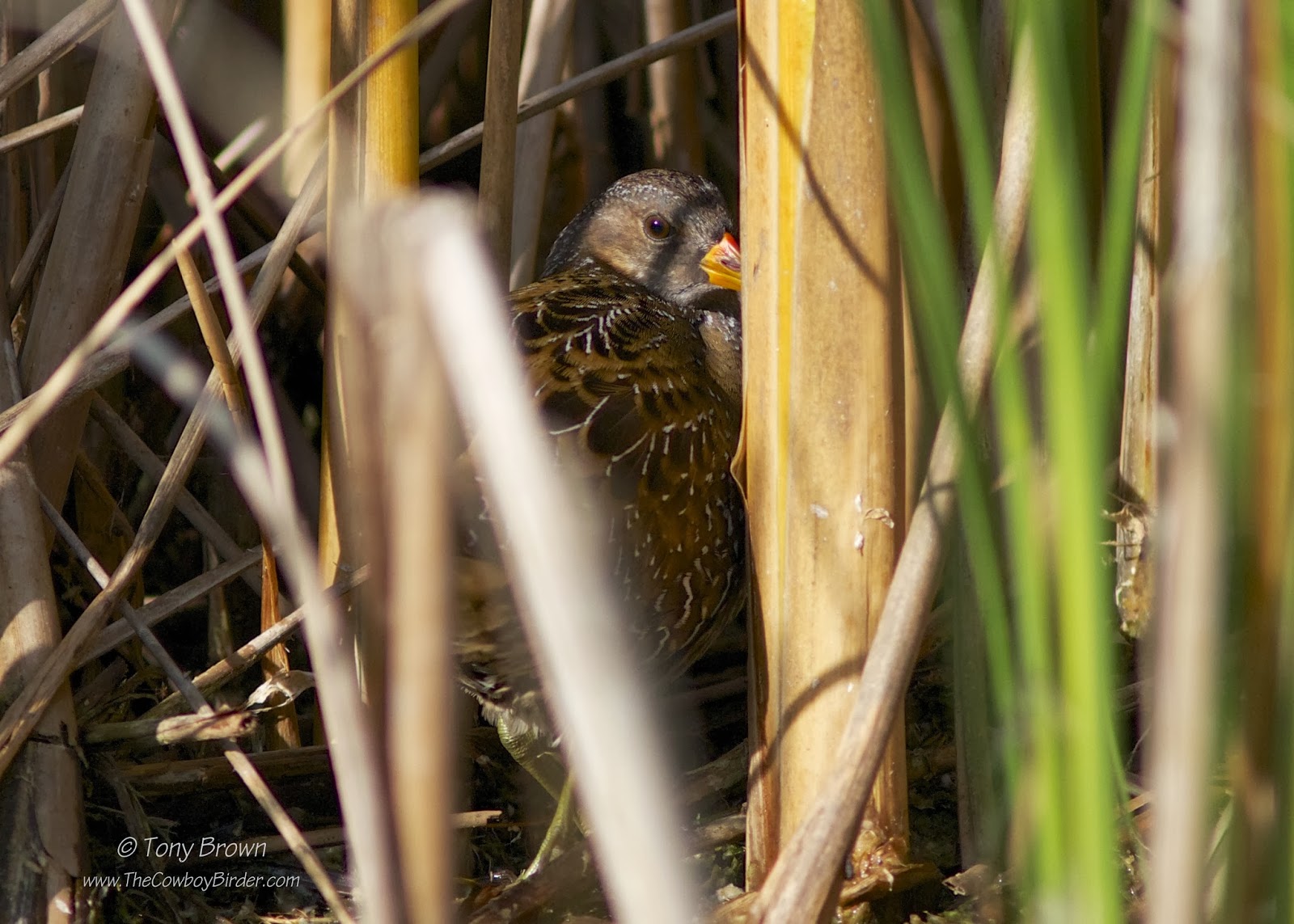 After a preening session in which it continued to be partially hidden by the reeds, the bird did eventually come into a more open area of the pond away from the relative safety of the reeds, and being so close and aided by some good light you could really appreciate how wonderfully marked these birds are, with contrasting brown's and blue's punctuated with flecks of white throughout the body - the trio of colours kinda reminded me of a suit I once owned! 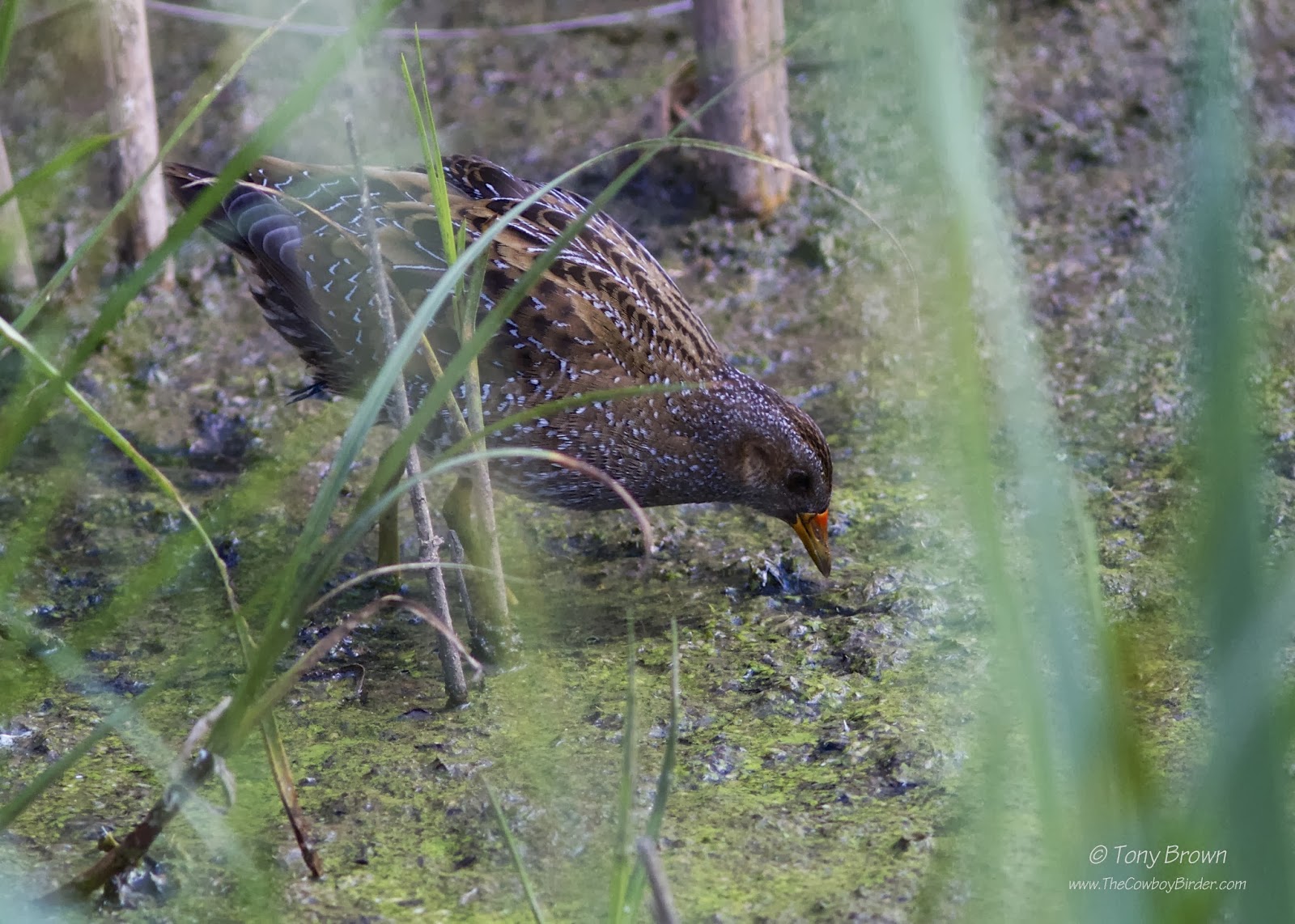 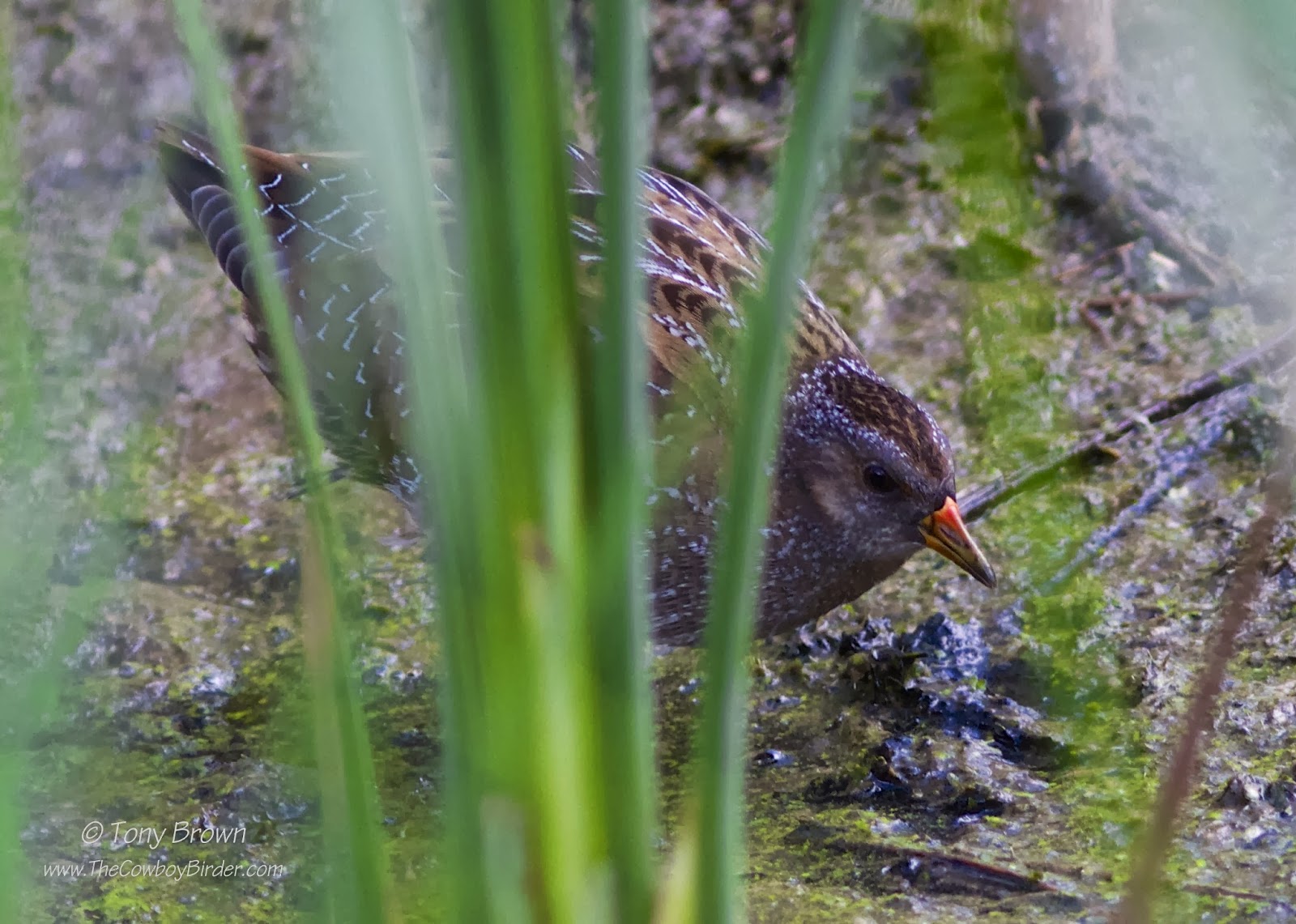 It was just a shame I never quite got the clear image I was after in the time I had on site, but at least In between waiting for this easily spooked Crake to re-appear, a rather smiley lime-green frog did keep me entertained. 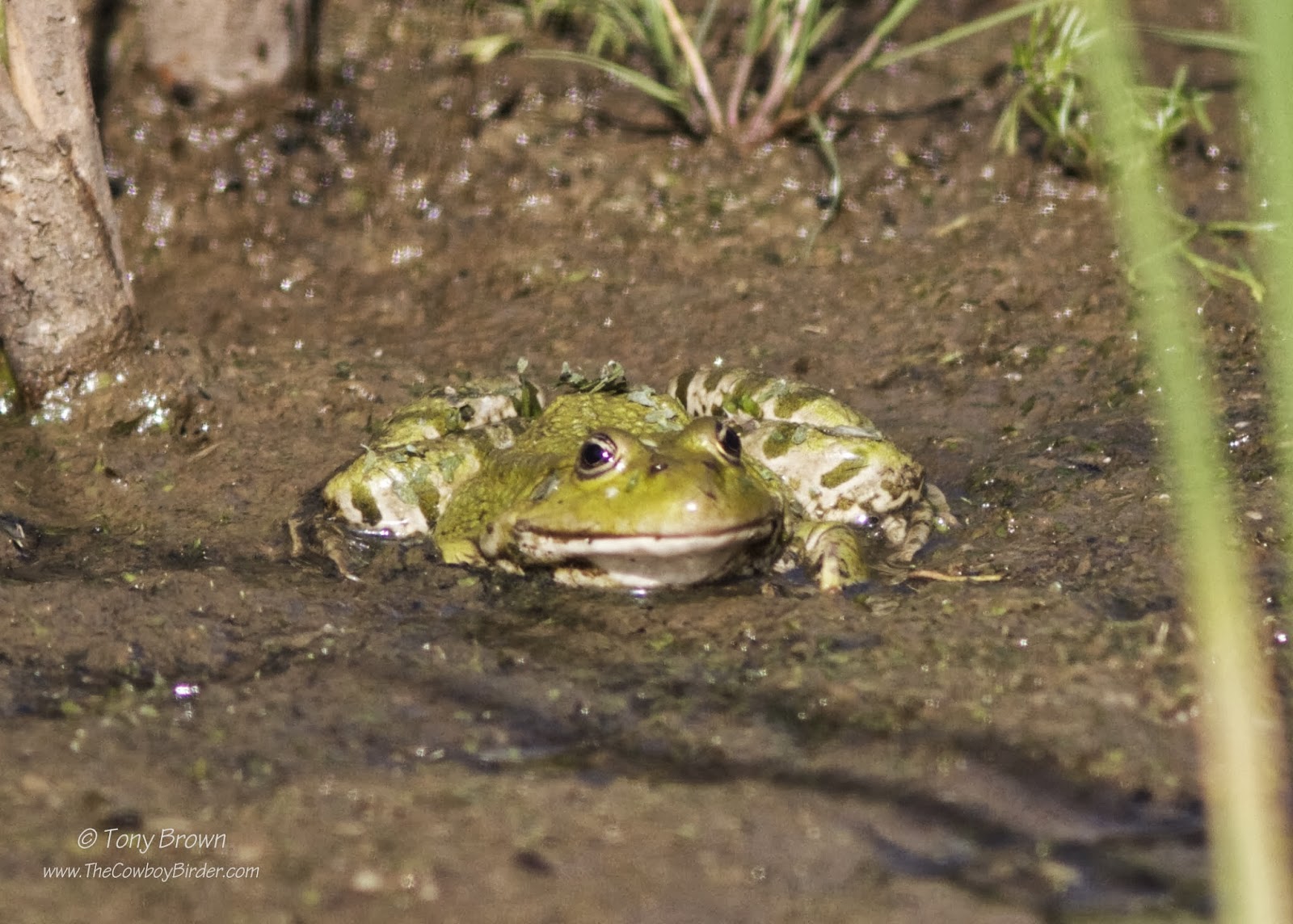