My last visit this year to Wanstead Flats turned out to be a rather productive one, firstly adding Little Owl to the patch list and then picking up a second patch tick in the form of a rather smart Mealy Redpoll (flammea) - amongst a small flock of a dozen Lesser Redpolls (cabaret) feeding on the Birch trees in the SSSI area.

This bird was noticeably cold and paler in appearance, with the light grey head accentuating the redness on the fore-crown, generally lacking in any warmer brown tones throughout the body, an unmarked pale chest with white underparts, slightly larger and more robust in size when compared to the Lesser Redpolls (cabaret). Not shown in these images was the strong white-tips to the greater coverts - creating a noticeable wing-bar. 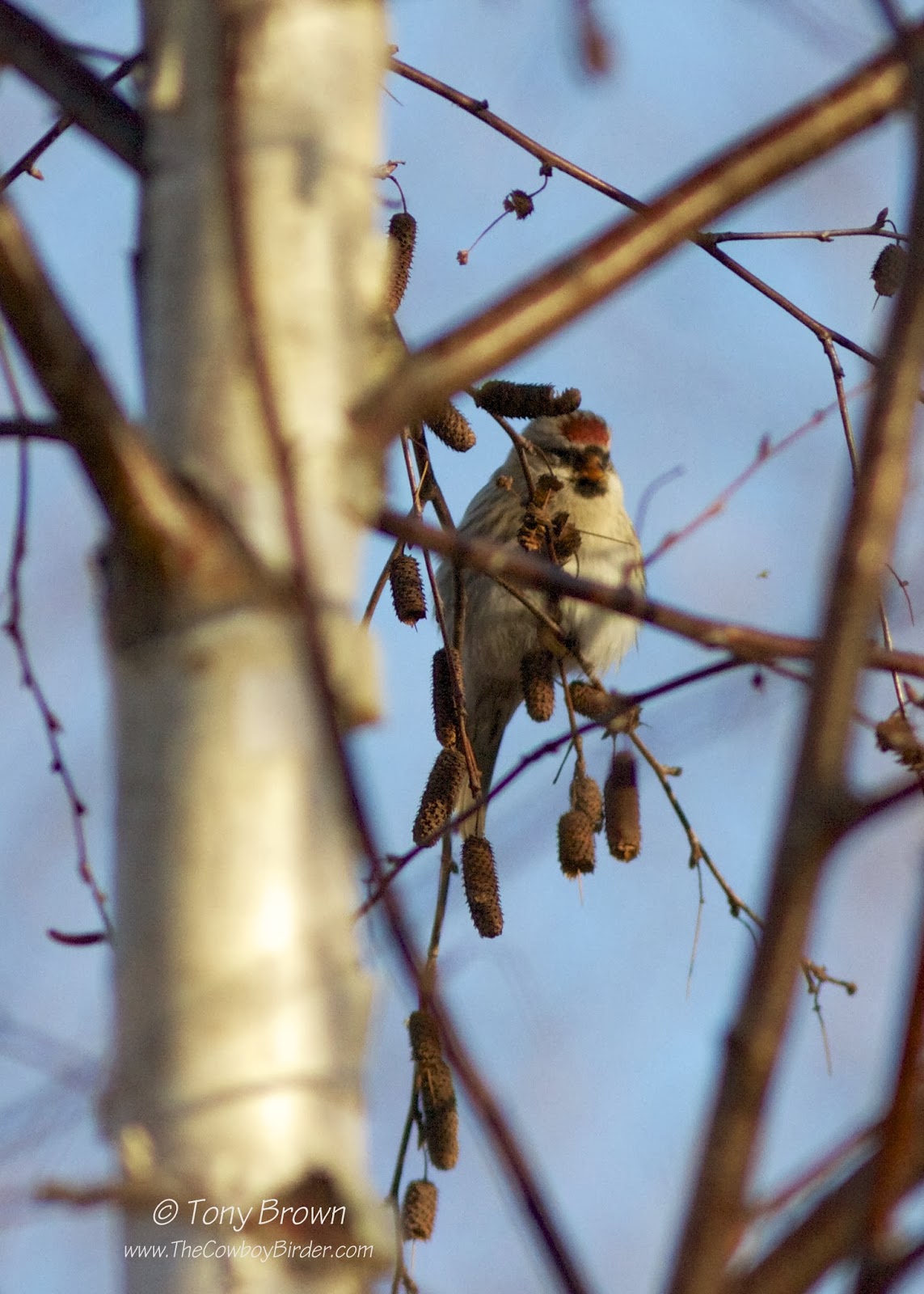 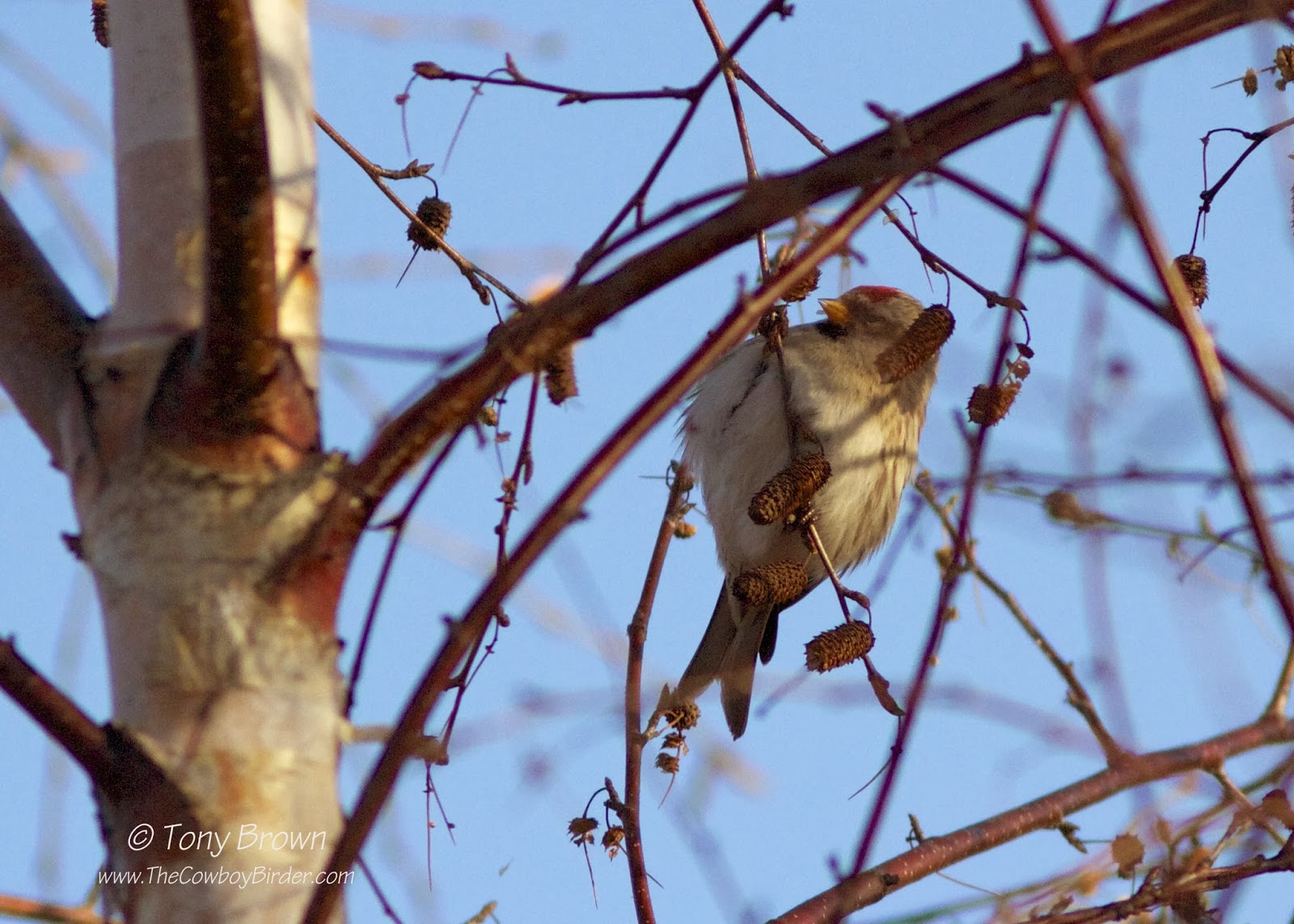 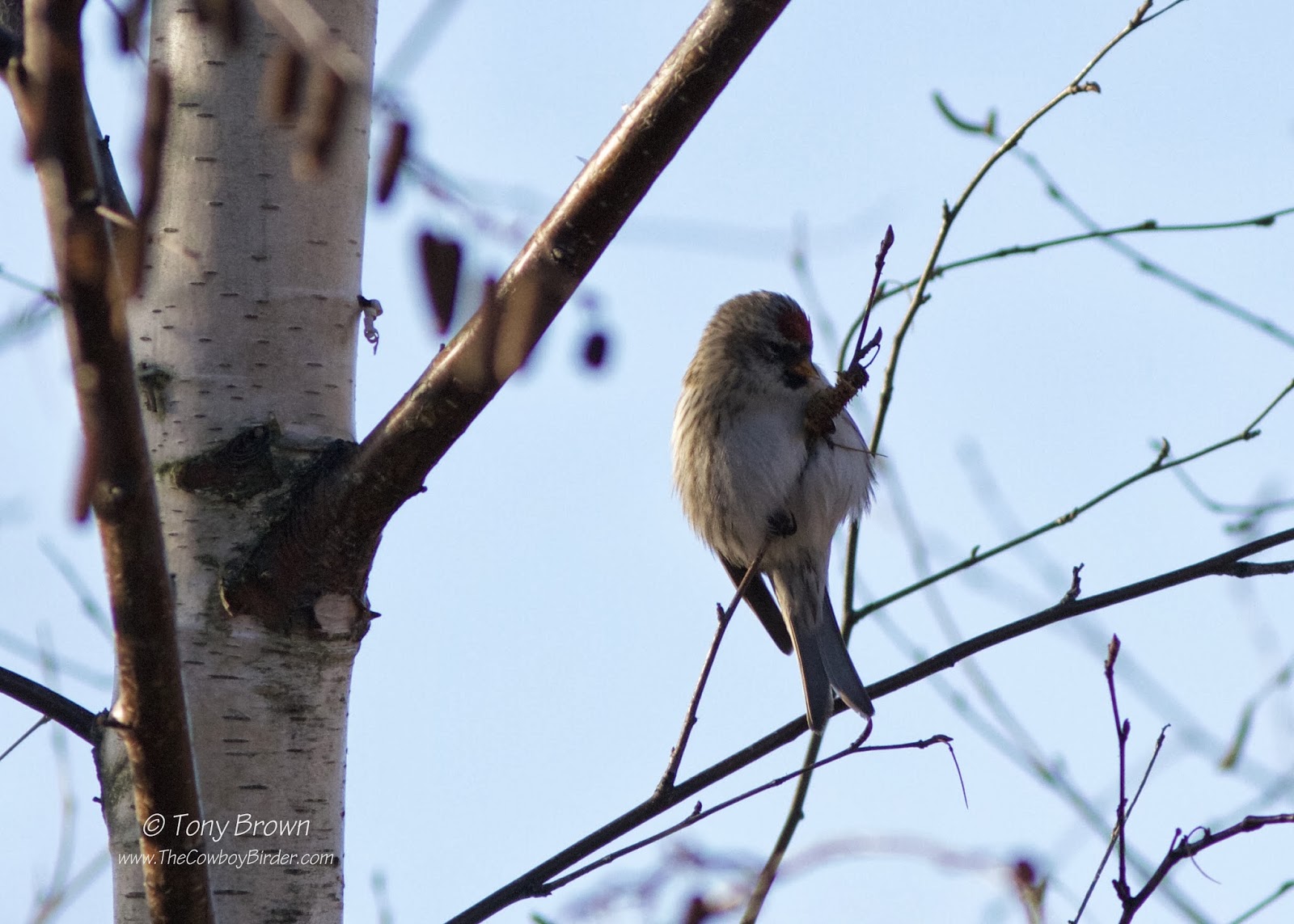 I know one particular person who's going to be very pleased to see these images...

A nice finish to the year but tantalisingly leaving me one short of a hundred species in Wanstead in 2013 (time for a recount or another visit - I've still got two days). I added a healthy twelve new patch ticks this year, but I'm still some way off the leading Wanstead pack but a gallant effort considering my commitment in running the London Marathon and failing to visit the patch during the summer months.