After a particularly heavy Saturday night in town with friends it was midday before I managed to get out for some air in a bid to try and clear my head, and a circuit of Rainham Marsh in search of passage waders was as good a hangover cure as any - and it seemed to have the desired effect. Not only was I starting to feel better but finding 5 Greenshank, 7 Black-tailed Godwit (one of which was colour-ringed), 4 Green Sandpiper and a Whimbrel was worth the toil in the mid-afternoon heat.

Whilst walking around the reserve I also kept an eye open for Scarce or Yellow-legged Tortoiseshell butterfly, although I found and photographed several Small Tortoiseshell there wasn't any sign of those possible channel hoppers from Holland - although a single Clouded Yellow was a nice bonus.

Another bonus from the walk was discovering a striking Wasp Spider close to the footpath at the start of the northern boardwalk near the shooting butts hide. This large female with its unmistakable black and yellow stripped abdomen looked as if it had just devoured another grasshopper and was just hanging around waiting for her next victim - you can't fail to be impressed with these southern european invaders as they continue to expand their range north. 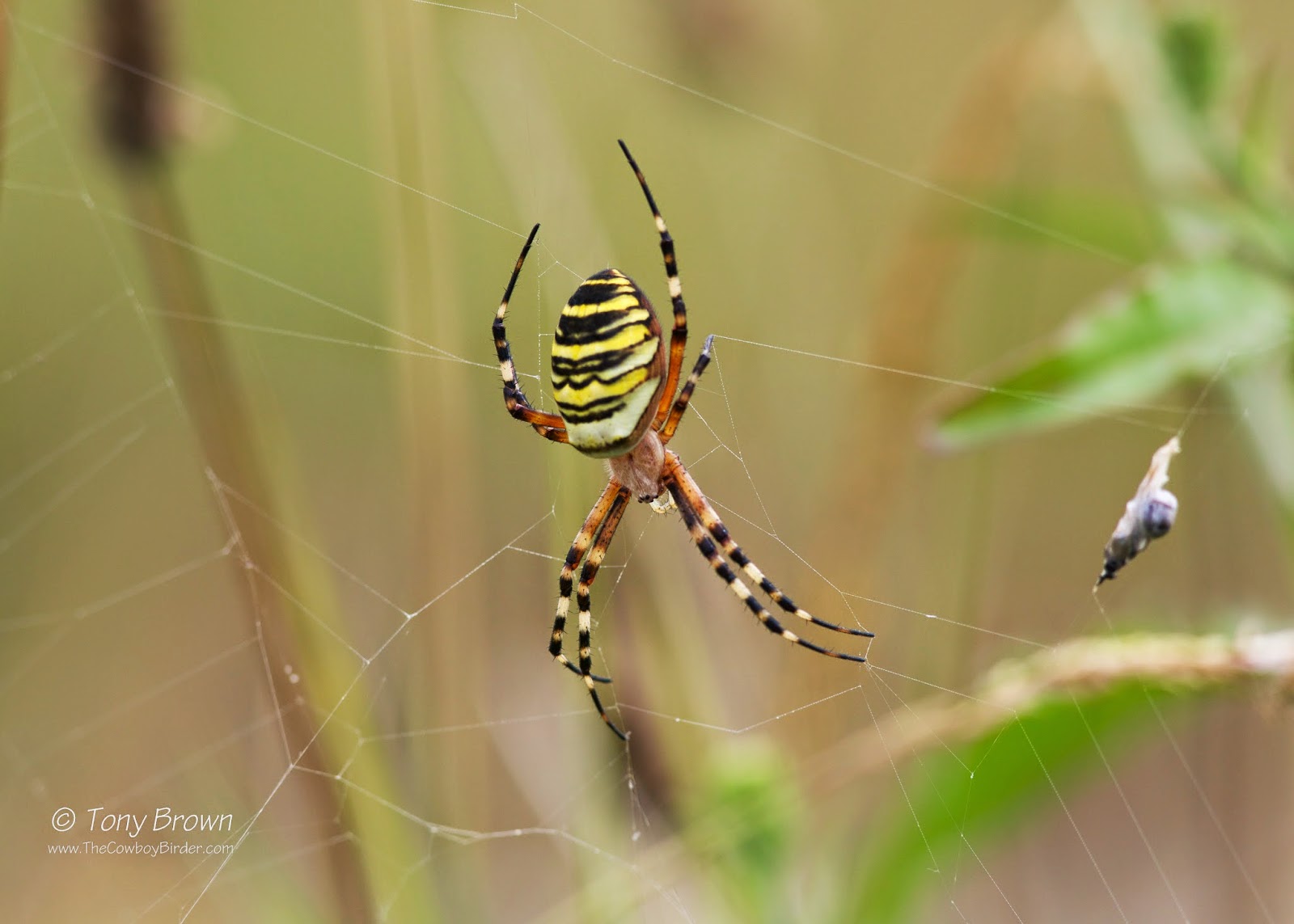 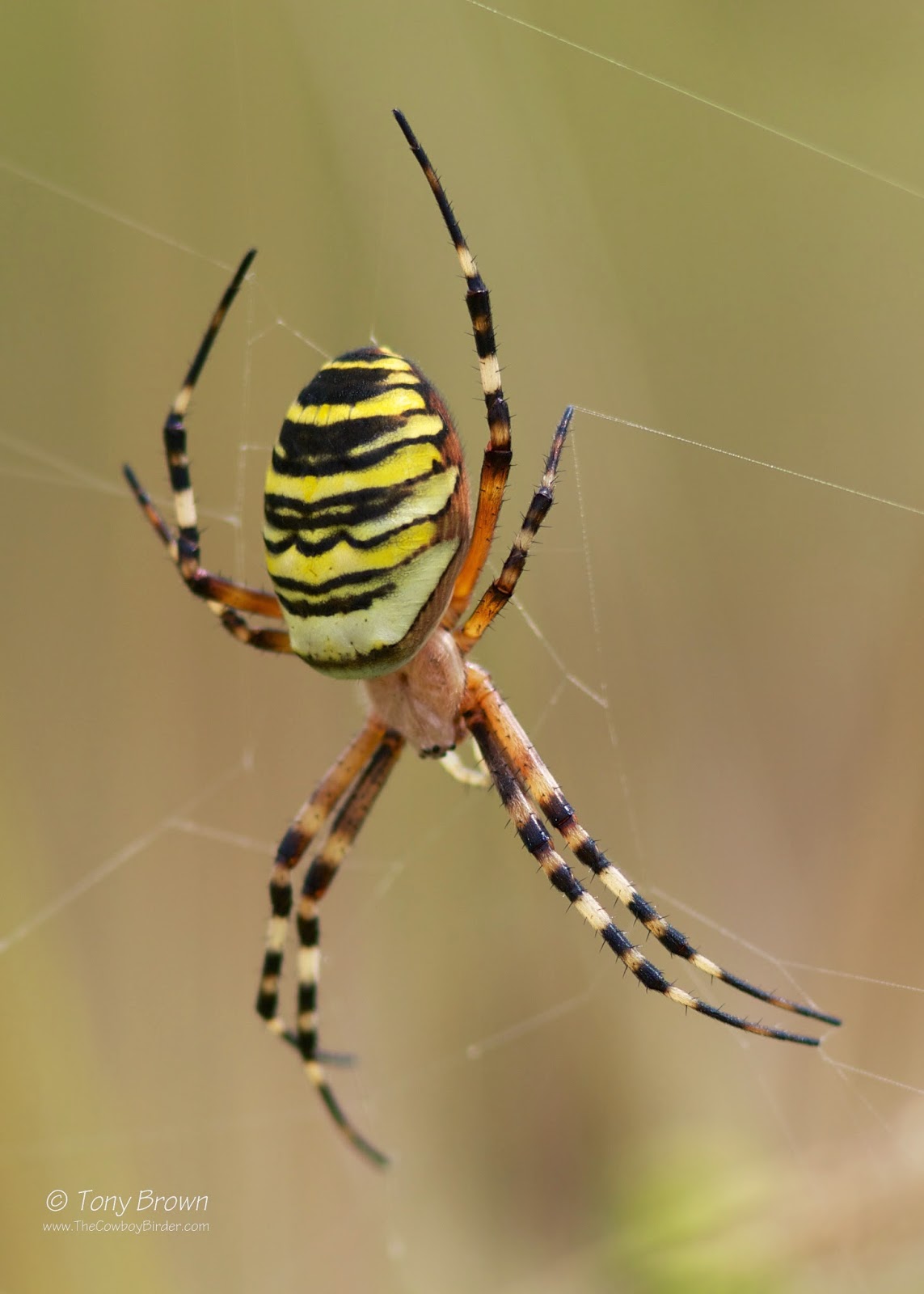