They have finally arrived - well one has!

News of the first Northern Wheatear on the Flats eventually filtered through to me - I'm not sure who this years lucky finder was as our usually reliable Wanstead bird news service (NC's Twitter feed) was putting in an early shift at work with presumably no access to a mobile, but I think it was Tim or Bob or even Dan who stumbled across the patch's first Wheatear of the year - around these parts it's always a good reason to celebrate.

Not knowing if the bird had quickly done a bunk or had even been savaged by a dog (I jest, but this is Wanstead) I chanced my arm and headed to the Centre Road car park for a late afternoon forage, and soon enough I found this smart male Wheatear parading up and down one of the well trodden pathways which criss cross the Flats. As expected with Wheatears in the spring it was quite flighty and wouldn't let me get too close with the camera, quickly flying across the road onto the open expanse of the fairground field, here looking more settled, I managed to grab a few shots before I had to dash off again.

I'm hoping these images will bring a smile to Steve Gale's face. 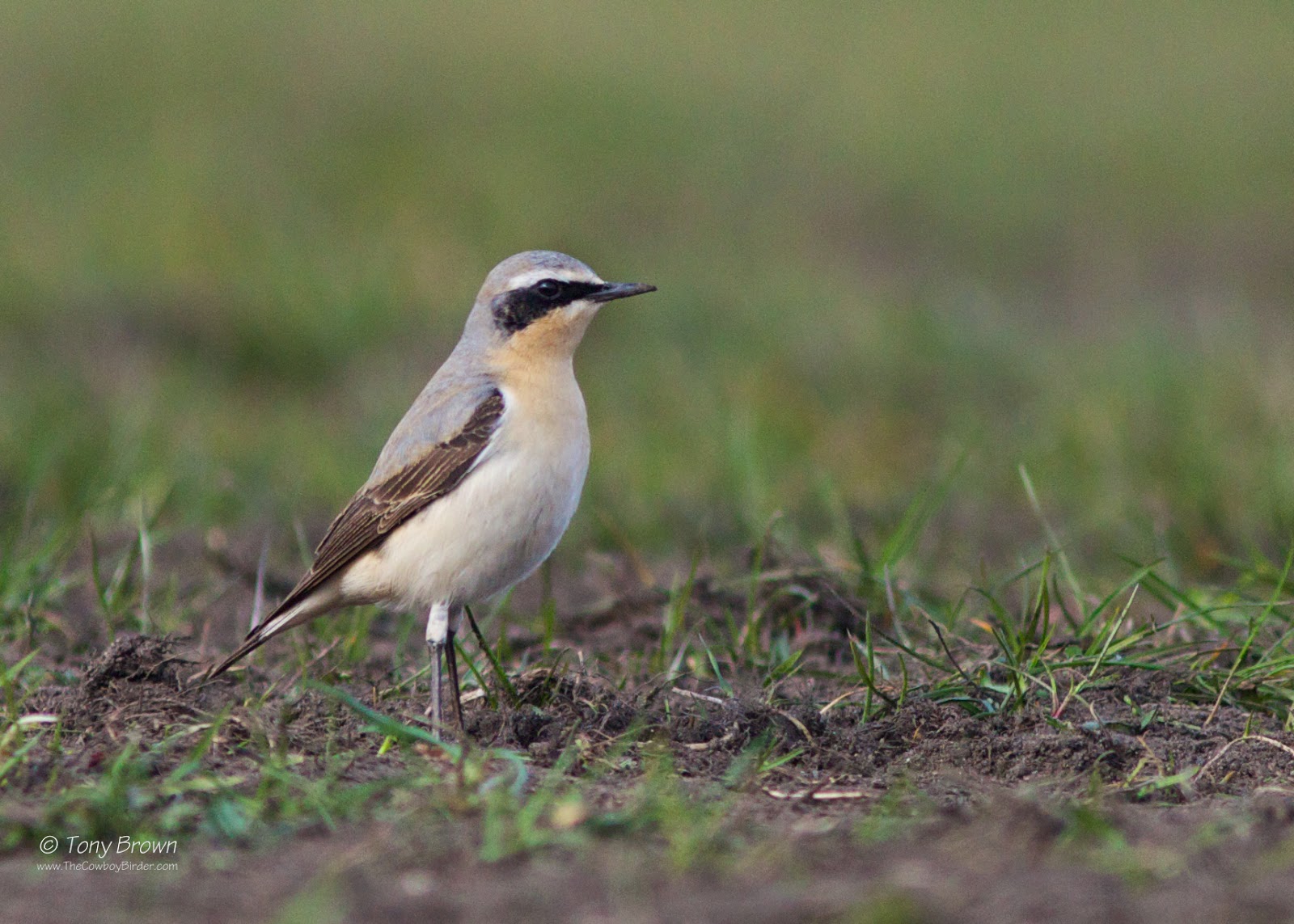 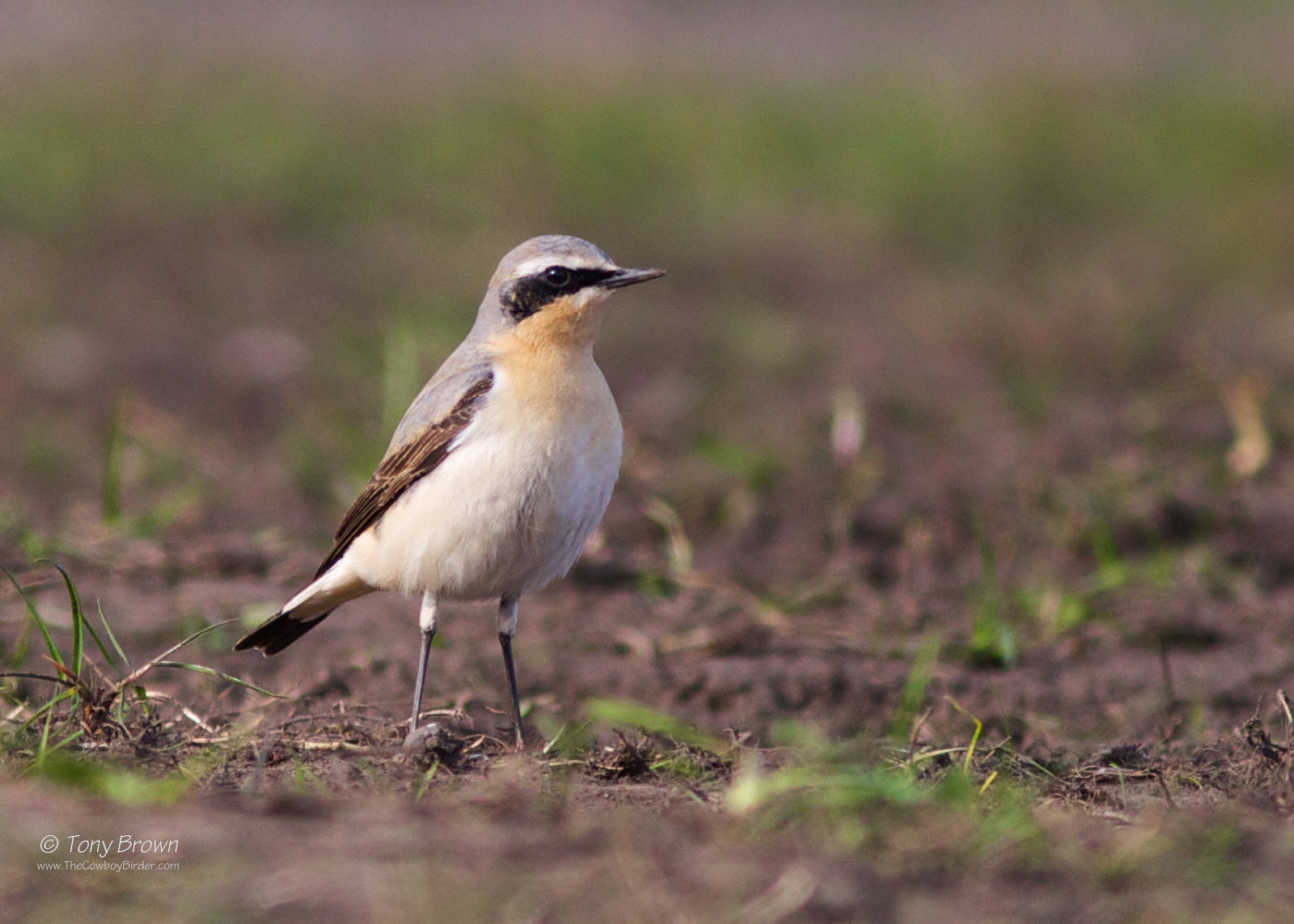 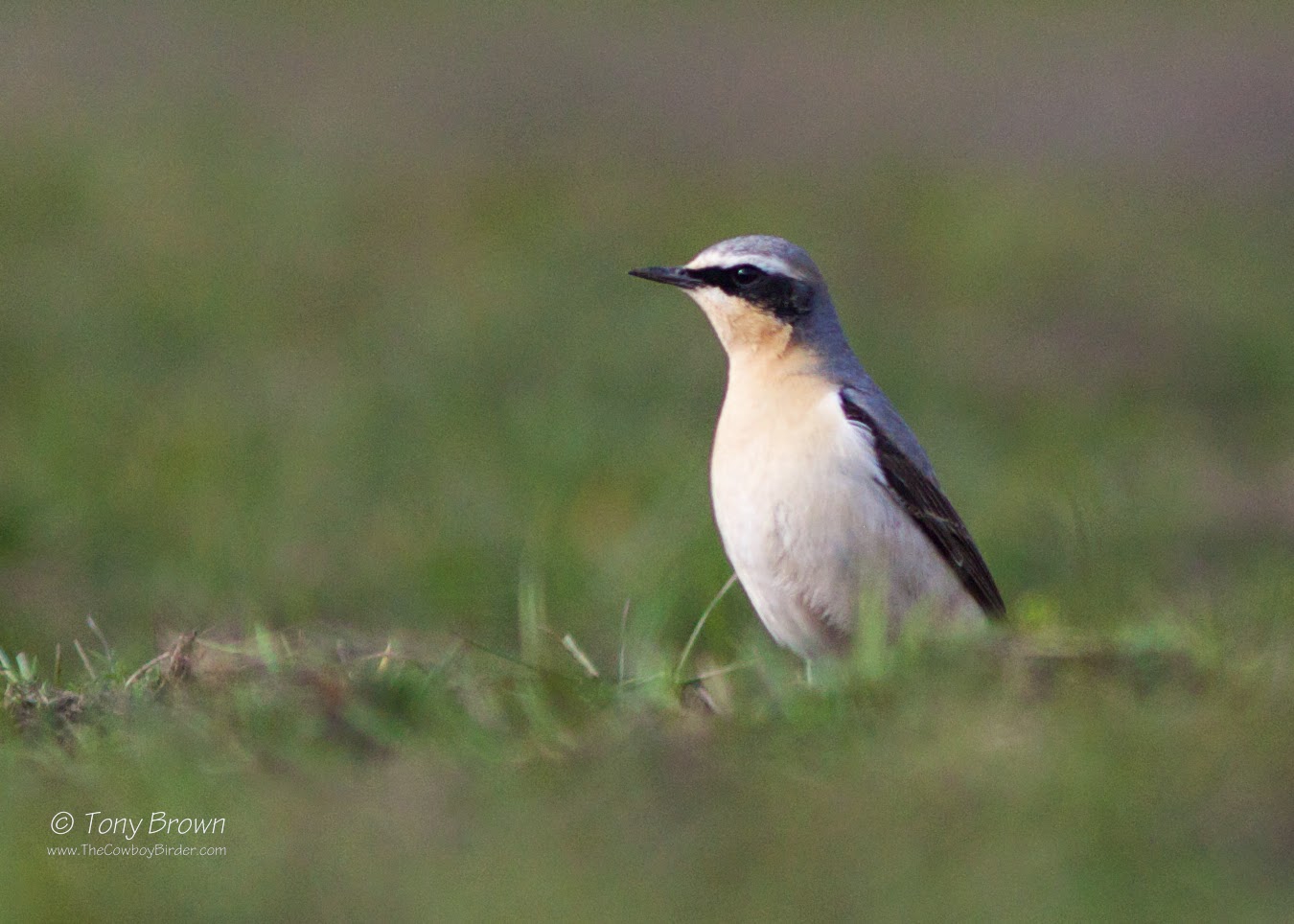 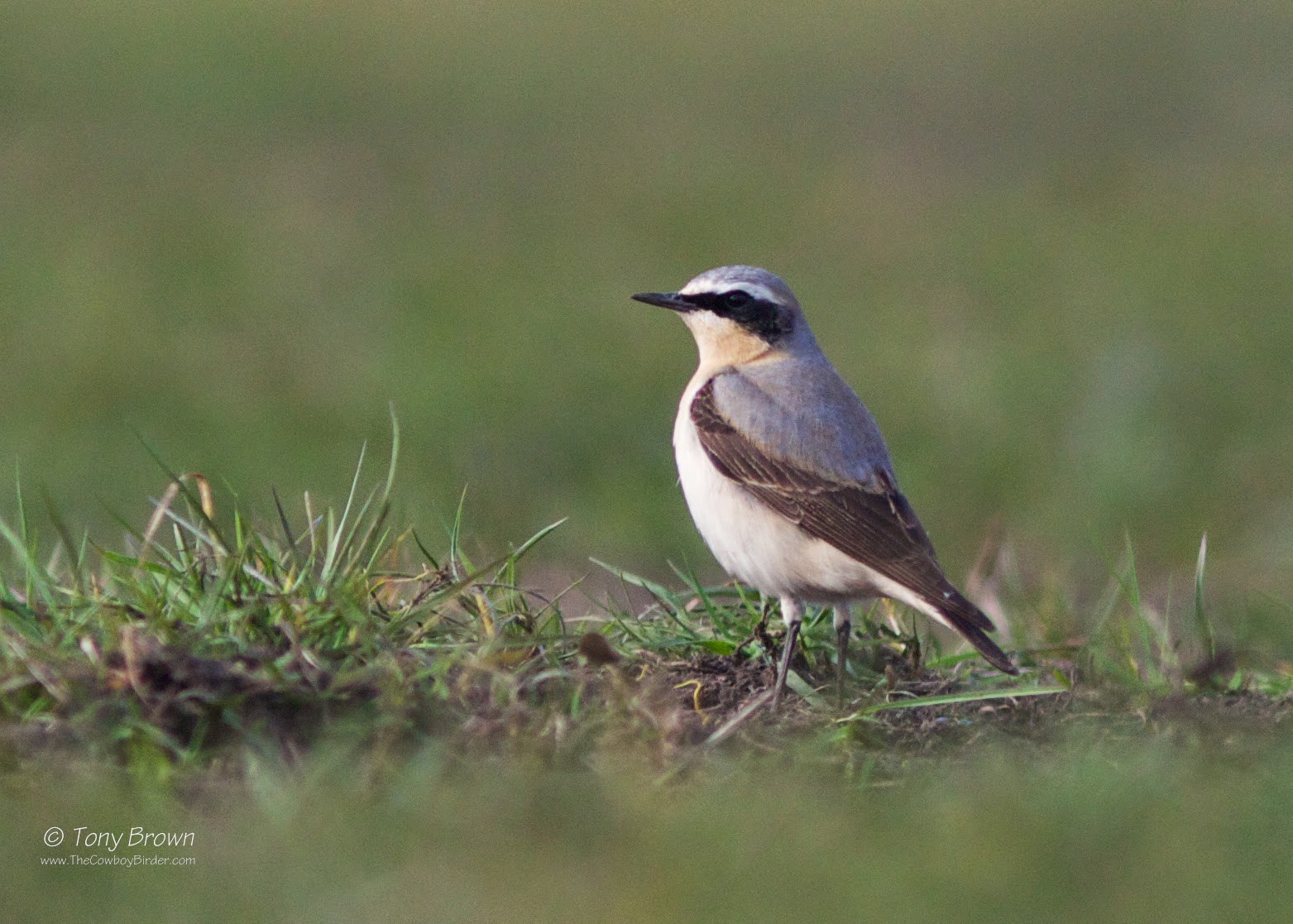