On a recent trip to Rainham and the area around the Stone Barges, this Lesser black-backed Gull grabbed my attention as it flew from the direction of the landfill site. As it crossed the skyline I could clearly see it was dragging a foreign object along for the ride. What looked like a polythene bin bag had become entangled around one of the birds legs, and although it didn't show any real issues when flying this all changed when I followed its flight and it landed on the river Thames - it then started to struggle and failed to take off again! 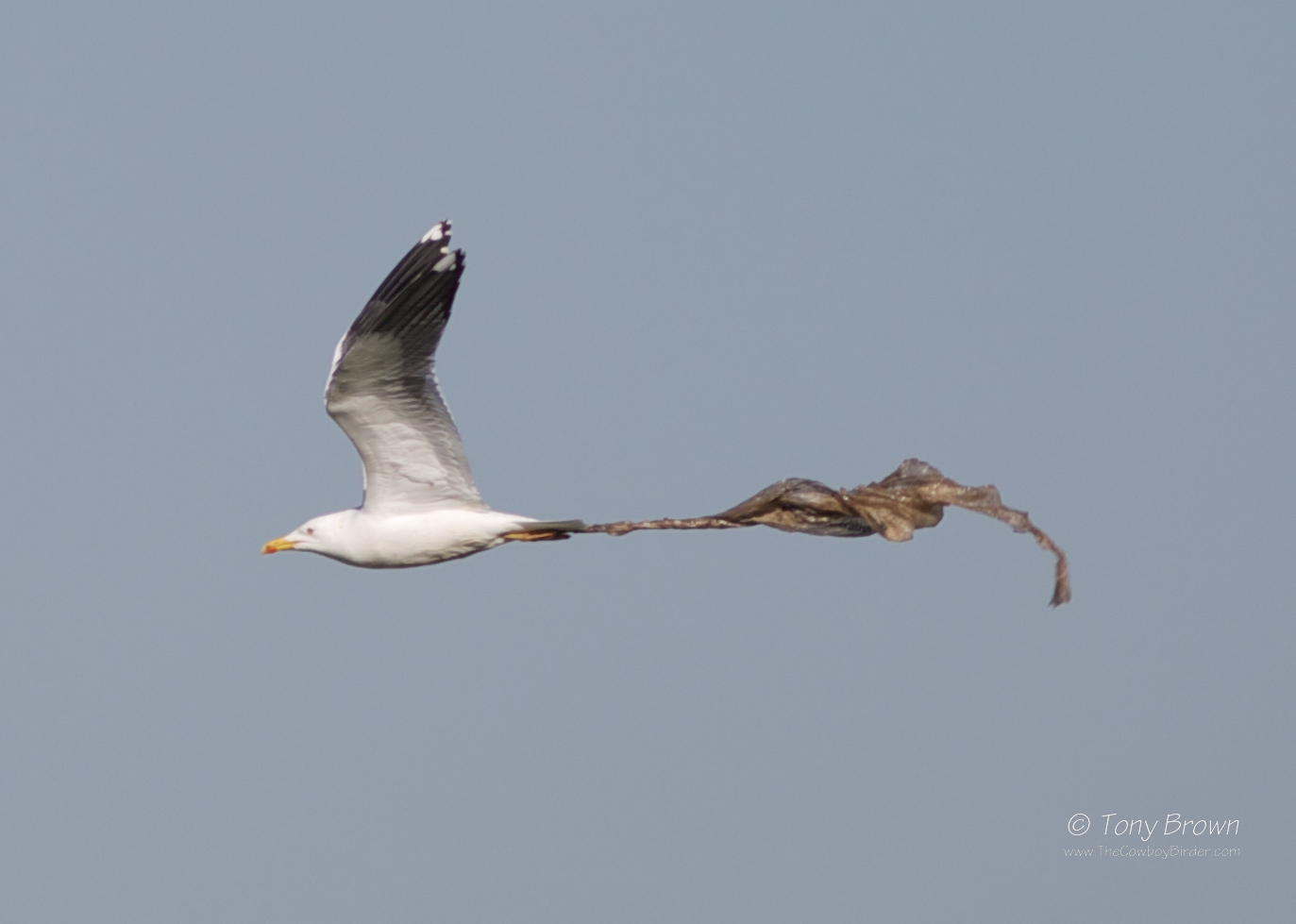 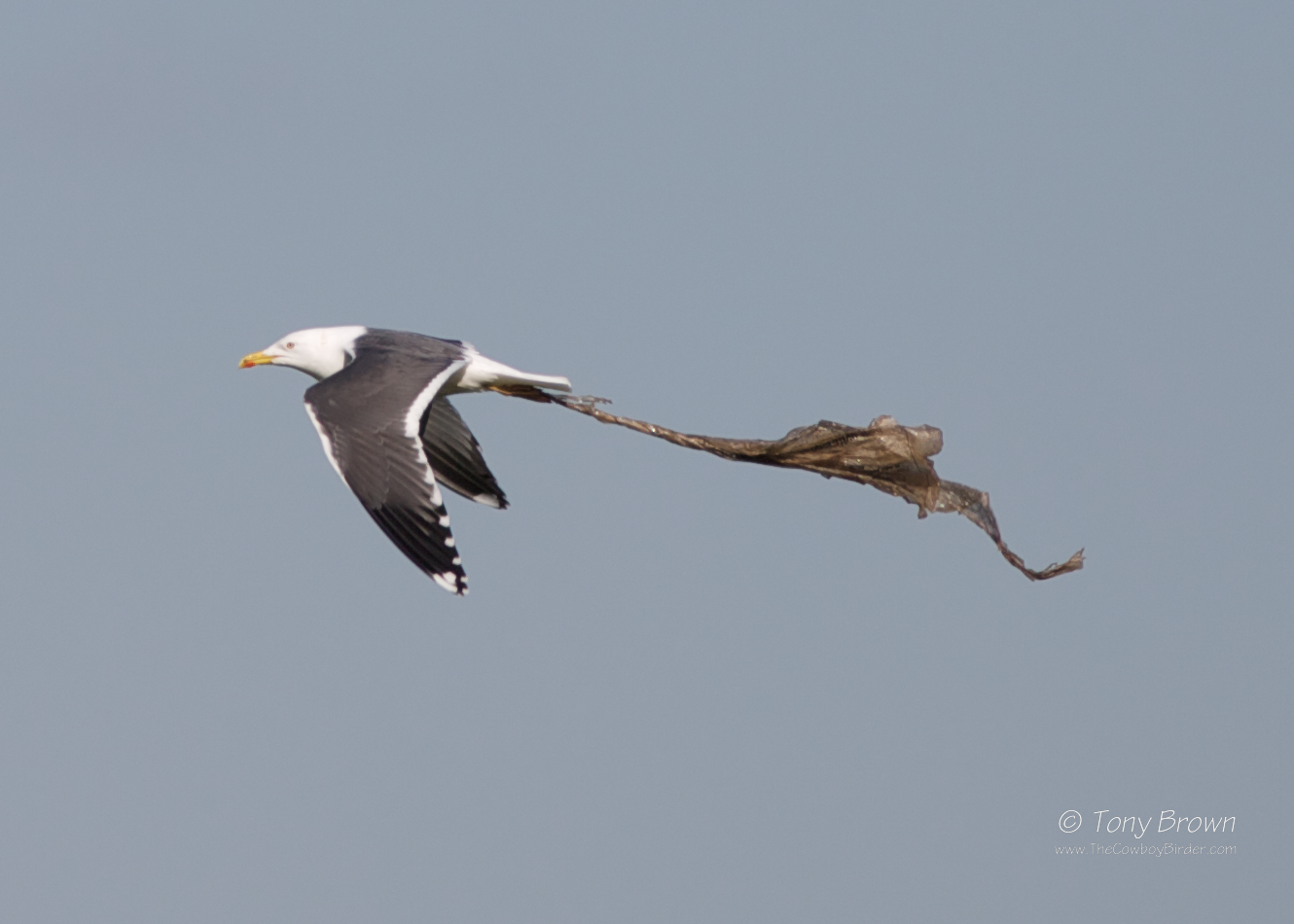 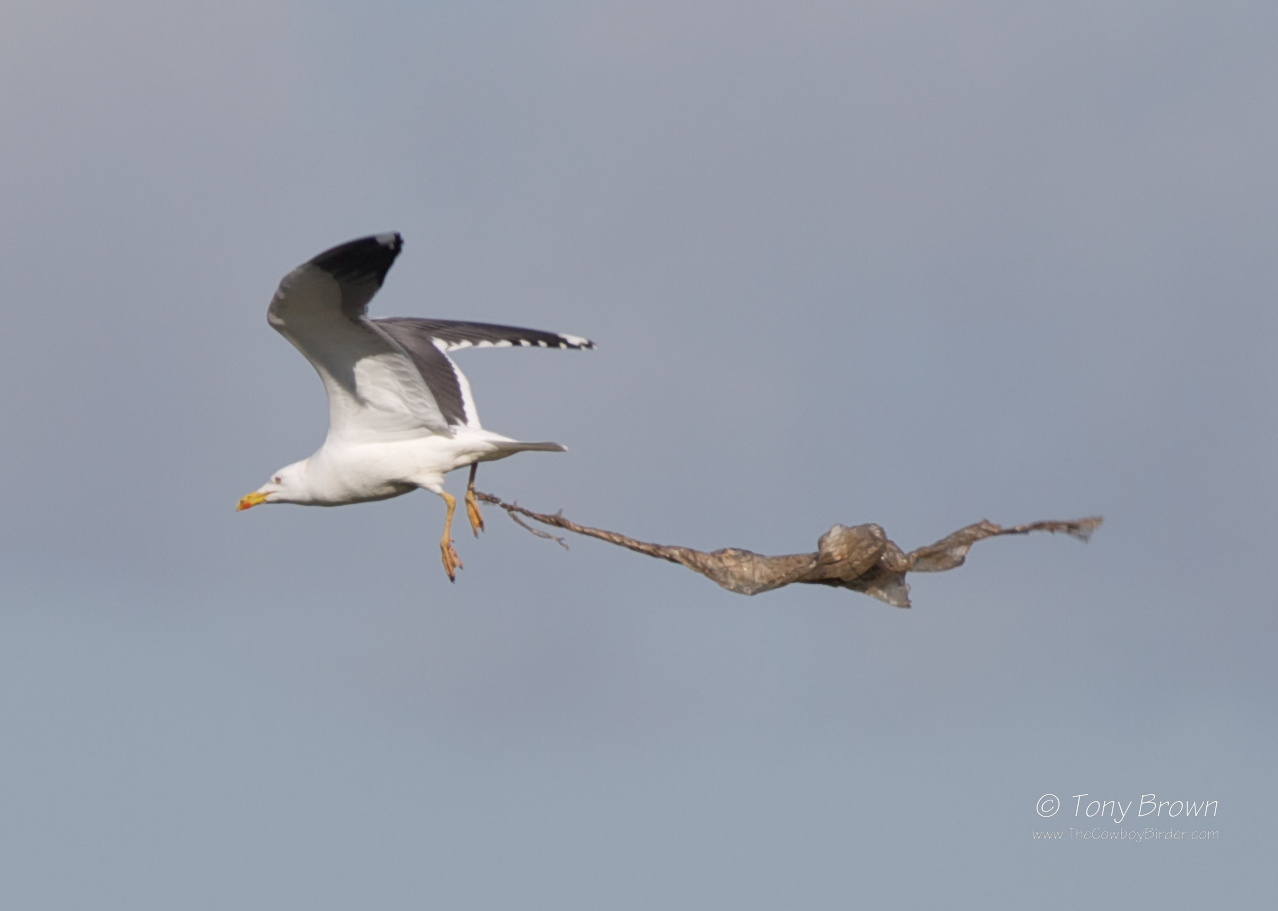 Even a large, powerful Gull like a Lesser black-back couldn't find the strength needed to lift it self out of the water and take flight, as the additional weight taken on from a wet and saturated bin bag kept it firmly grounded. I continued to watch the bird struggle as it drifted down river on the tide, constantly flapping without success, with only a small hope of the polythene bag tearing and breaking free from around its leg, I can only imagine one inevitable outcome for this unlucky bird.

Whilst tip feeding Gulls scavenging on the remains of human waste will always reap the rewards of an ever wasteful society, there are risks for those Gulls who choose this unnatural but ready available means of food source, as sadly this Lesser black-backed Gull found out too its cost - stealing chips from unsuspecting day-trippers at the seaside might have been a lot safer option!