It's been 11 years since I last visited Marrakech, and on that visit as the sunset on a warm Moroccan evening, beneath the stars on the roof garden of our riad, I did the decent thing and got down on one knee and popped the question to my then girlfriend - who said romance was dead? Thankfully she said yes, so what better place to celebrate our 10th wedding anniversary than a return visit to that very same riad from all those years ago.

Situated just a short walk from the Medina and the main square of Jamaa El Fna, our riad 'Dar Les Cigognes' which translates into English as 'The Storks' is the perfect location for exploring Marrakech on foot, and being directly opposite El Badi Palace, it's also a great location to view and photograph the many pairs of White Storks which nest on the high fortress red walls which circle and protect the palace.

Early morning before the heat of the day and before the light becomes too harsh is a great time of day for photography, so at sunrise around 7am - when I should have still been in bed, I managed a few photographs of the White Storks from the top of the roof garden. With many of the over sized nests now occupied with eggs or young there is much early morning activity, with pairs of birds noisily bill-clattering, then throwing heads backwards so the crown rest on its back as they greet each other - it's an amazing spectacle as early morning darkness turns to light.

With the back drop of Koutoubia mosque and its imposing minaret - the tallest in Marrakech, I couldn't fail to get few decent holiday snaps. 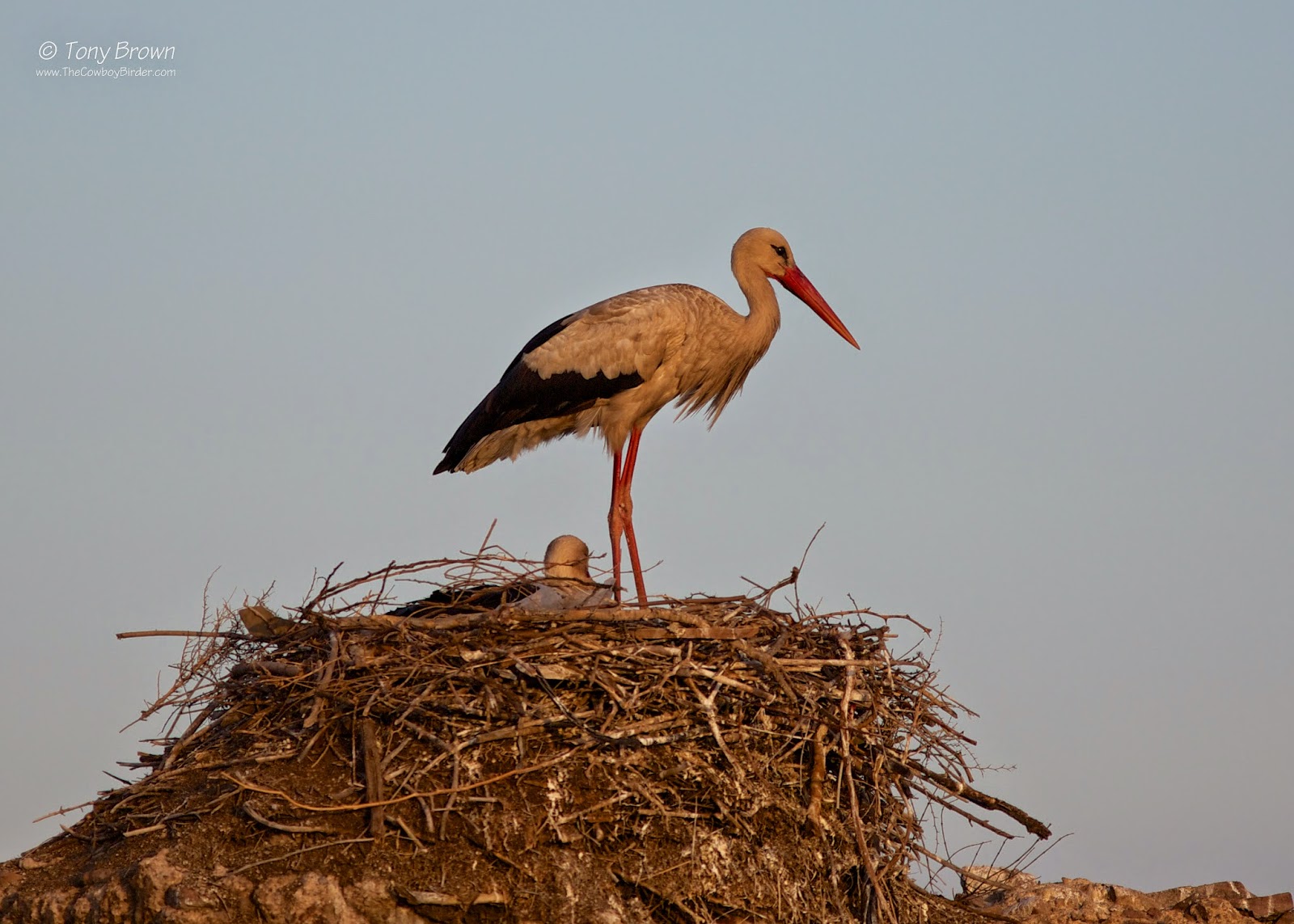 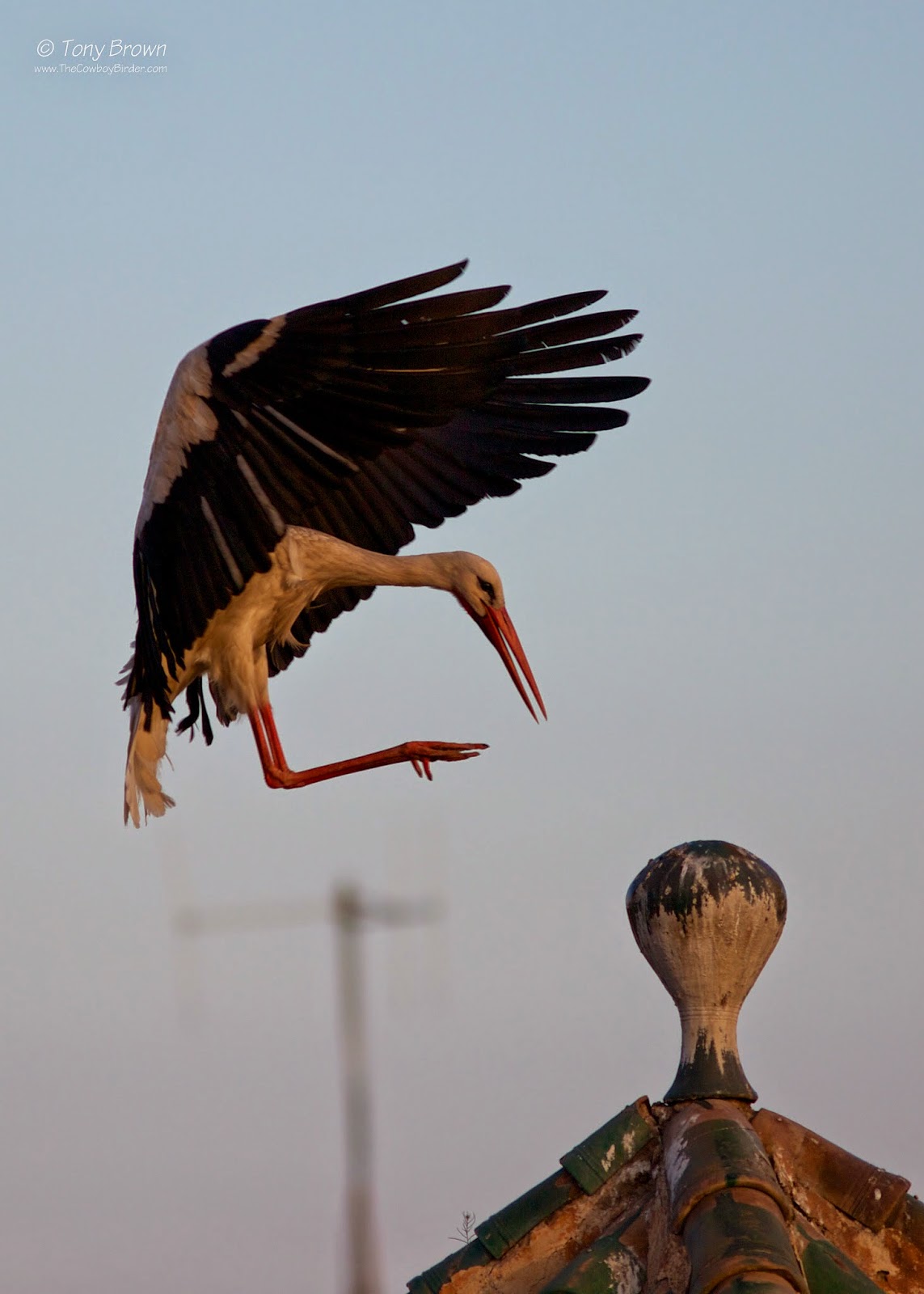 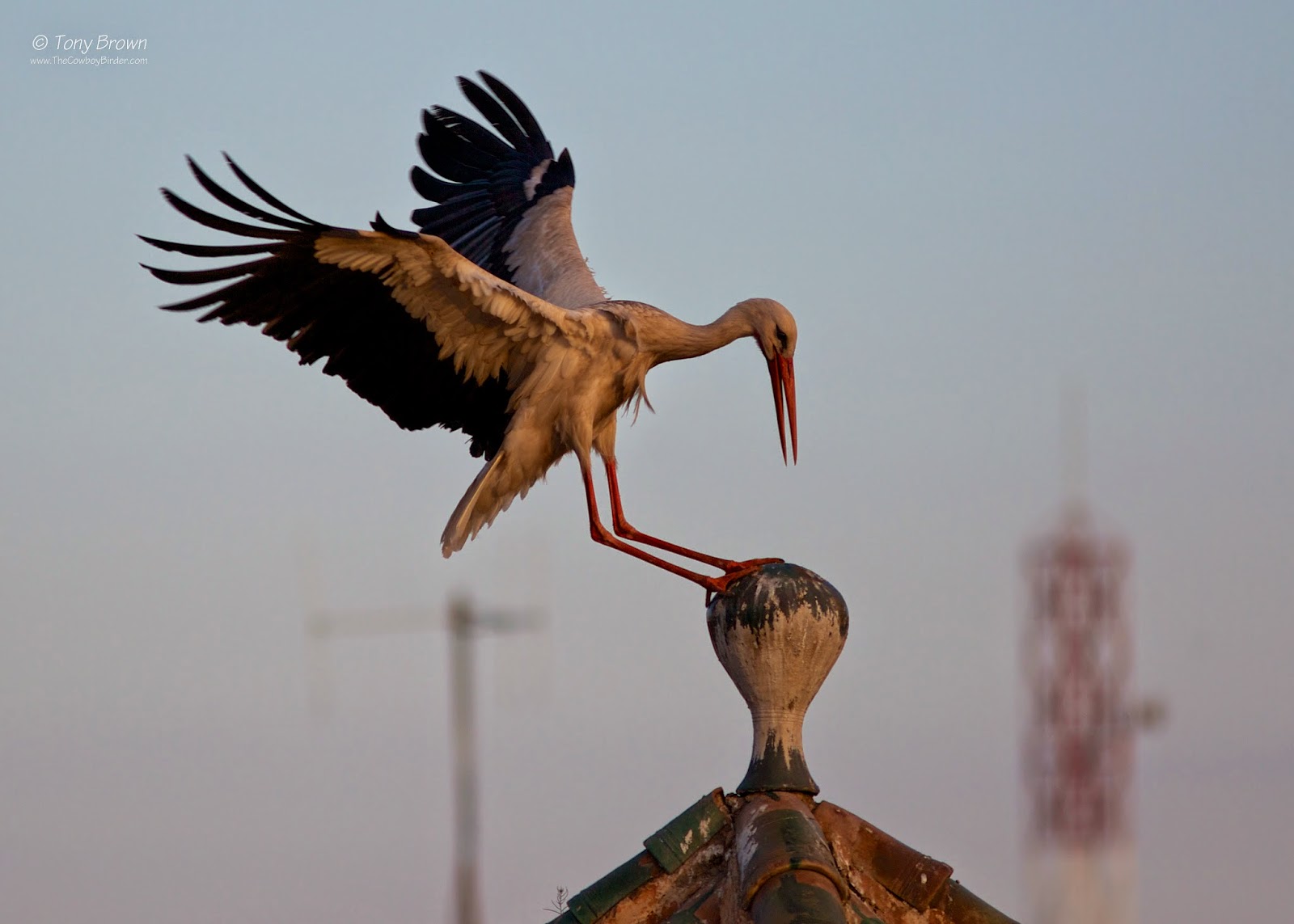 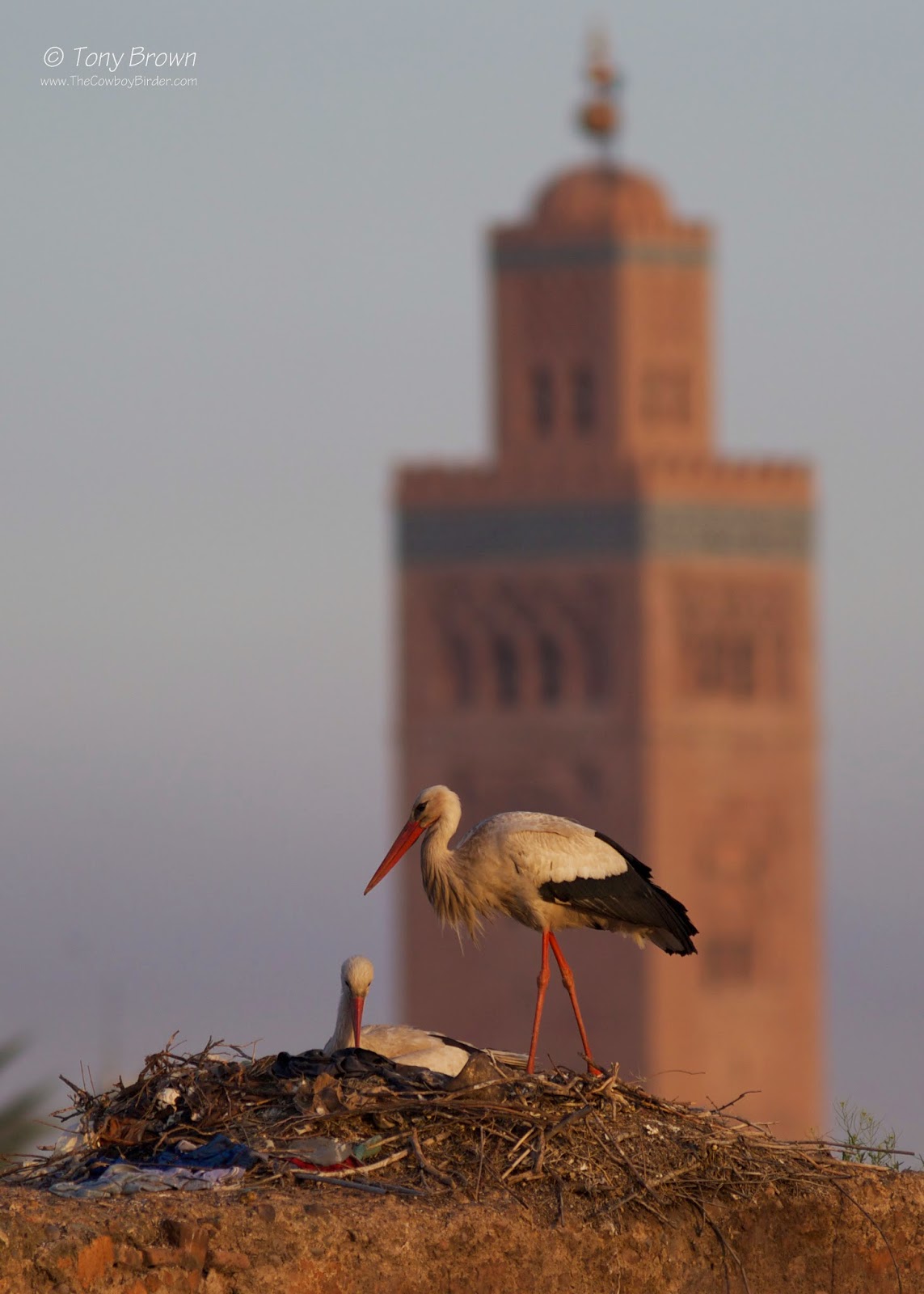 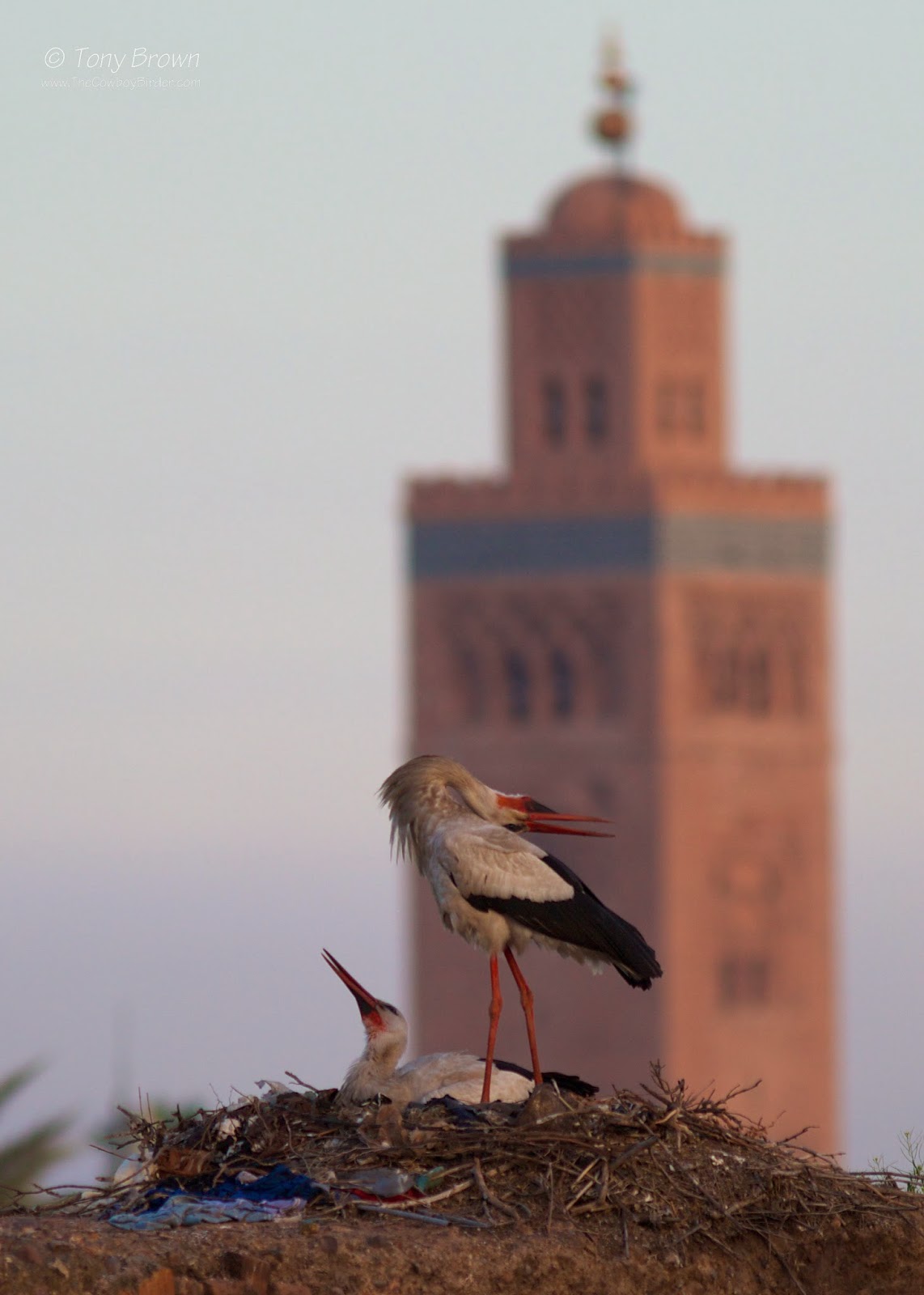 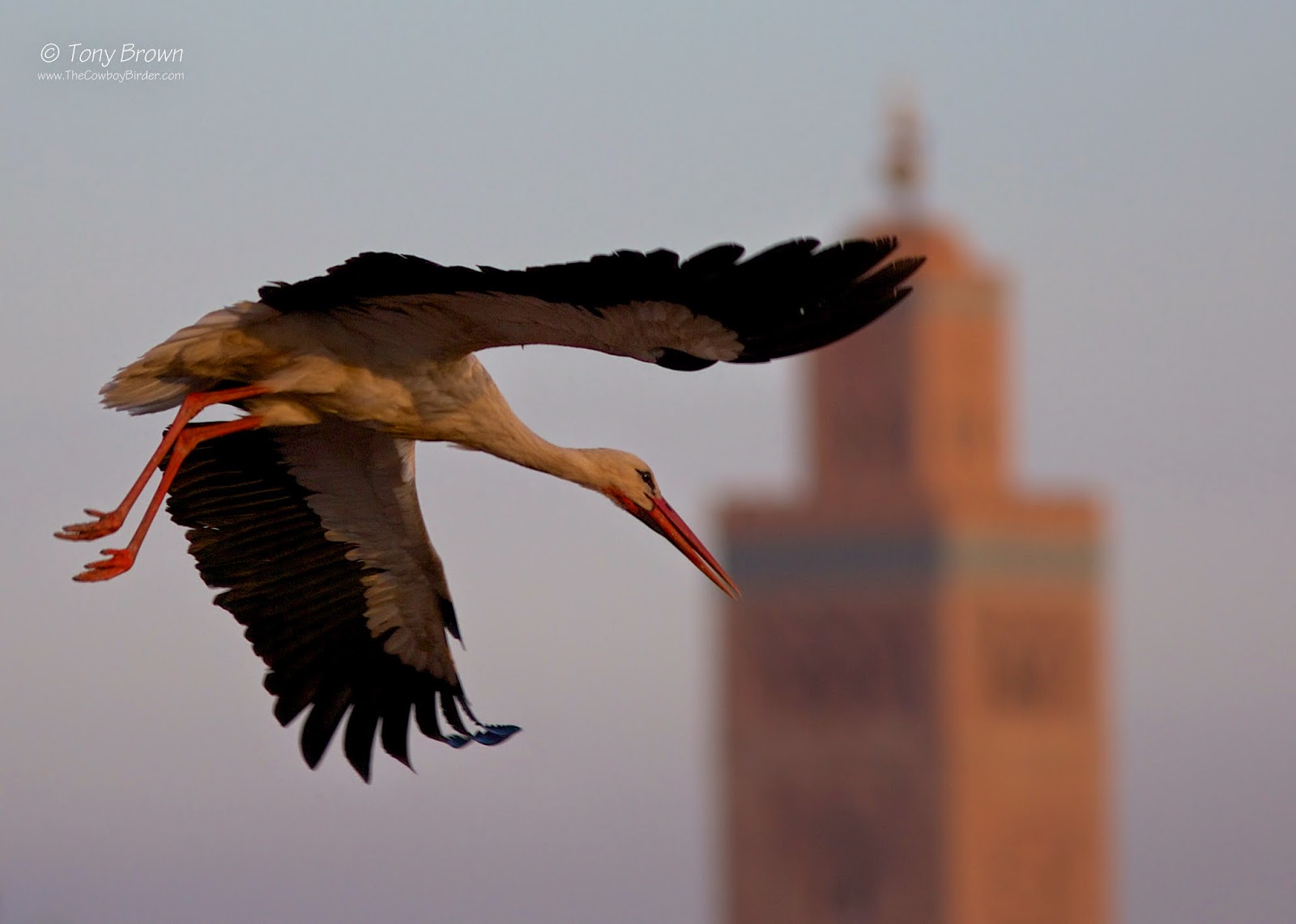