It's 5am and I'm back at Rainham Marsh - not sure why I needed to be there quite that early, the night before it seemed like a good idea. The sound of a Cuckoo calling and Grasshopper Warbler reeling are abruptly interrupted by the exploding song of a Cetti's Warbler as I follow the footpath at the west end of the marsh.

My many previous attempts at photographing Cetti's Warbler have all typically ended in failure, with a trash bin full of deleted photographs of birds partially obscured by dense cover. So for once, it was good to get a clean shot of a bird briefly out in the open - and that's about as good as the morning got. Aveley Bay was waderless, there were a few Common Terns milling about mid river and scoping the reserve from the sea wall didn't result in much either, apart from what looks like a good breeding season for both Redshank and Lapwing. 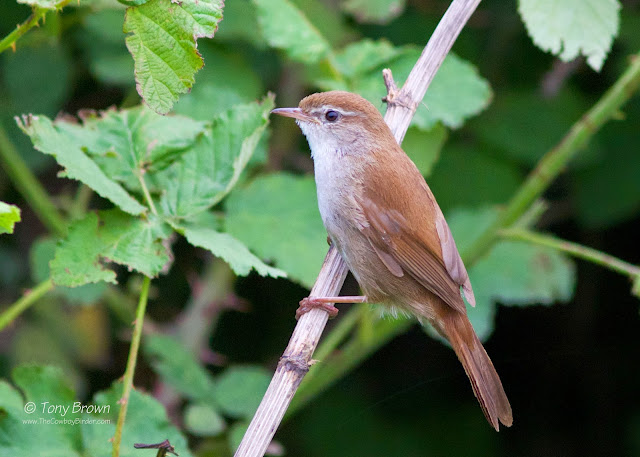 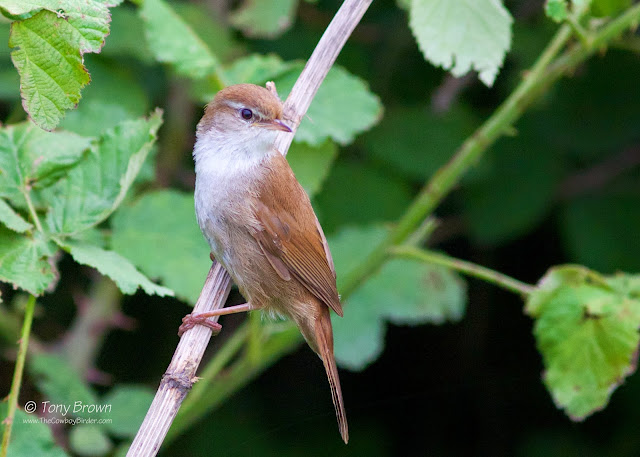 There was one other bonus for being out at this time in the morning, and this was having great views of a Brown Hare as it fed along the grassy edge of the roadside verge - I've seen them previously at Rainham but never as close as this. 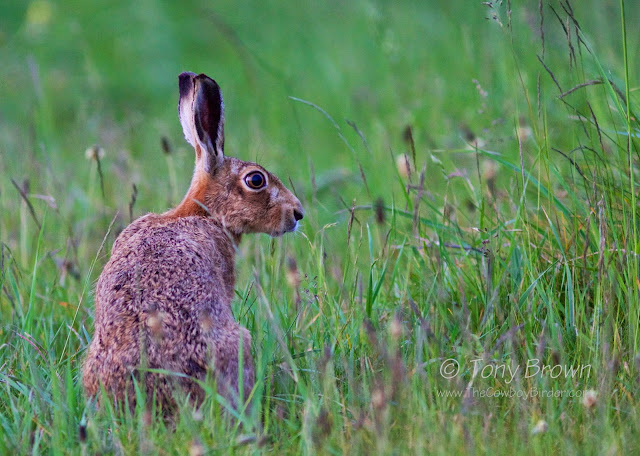