The blogpost title is not a reference to myself but a very special male Great Tit.

It was great to discover that a pair of Great Tits were using one of our garden nest boxes, this was a garden first and the whole family were keen to see how they progressed. The proximity of the nest box on the back of the house, also meant restricted games of football and cricket in the garden, but as I explained to my two children, this would only be for a couple of weeks - but to them I bet it felt like a lifetime.

Things were progressing well, the eggs hatched and we could hear the calls of the noisy young inside the box. But shortly after, I noticed the female bird had sadly disappeared, most likely predated by a local Sparrowhawk or by one of the many cats which frequent the neighbourhood. With up to eight hungry mouths to feed, the inevitable happened and those noisy calls became a lot quieter as the days past and dad struggled to feed the whole brood on his own. But this Great Tit never gave up and persevered, continuing to feed the remaining birds, probably just three of four of the more advanced or strongest birds. He tirelessly went back and forth, spiders seemed to be a favourite food source and I would often seen him covered in cobwebs. I did my best to aid him by keeping the sunflower hearts topped up in the bird feeder, just to make sure he had a ready available high-energy food source nearby. 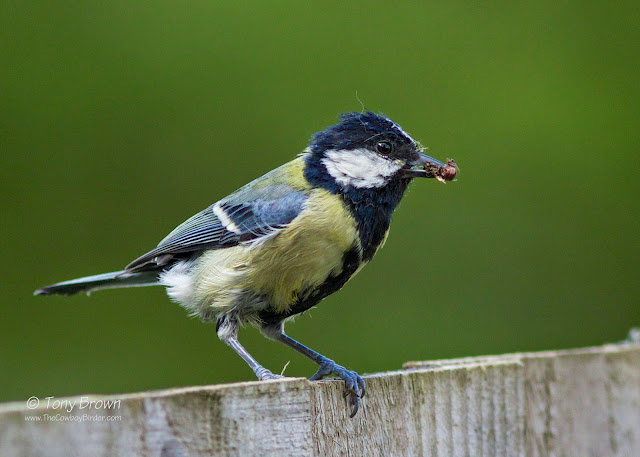 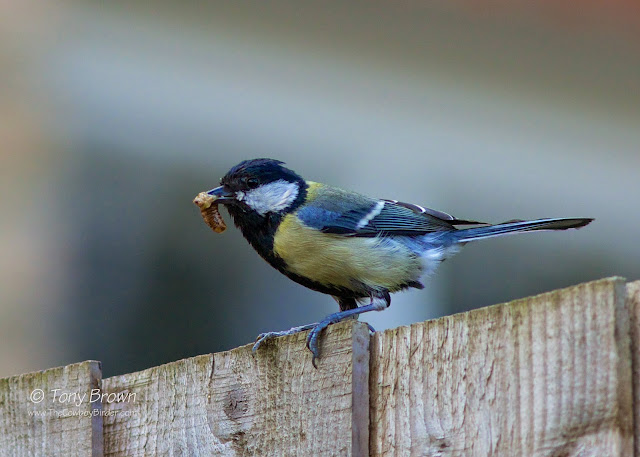 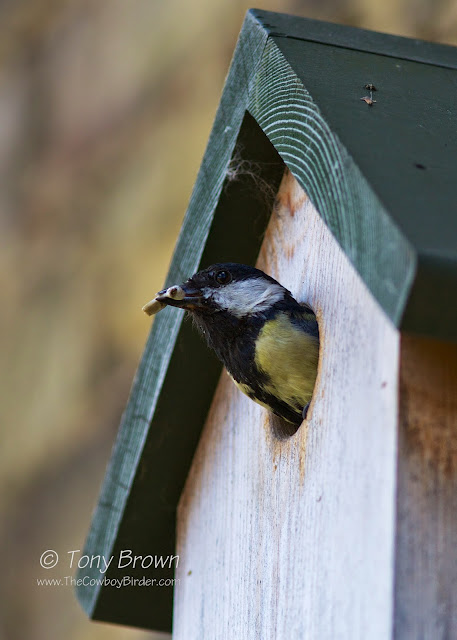 Knowing the young were due to fledge any day soon I kept an eye on the nest box and each morning I would listen out for their calls through the back window, but this morning when I checked I could see three young Great Tits bouncing around on the lawn - I could also see a bloody cat in the garden! Banging on the window to scare off the cat, I could see it eyeing up one of the young birds, I quickly unlocked the back door and dashed out there, only to find the cat had scarpered and there was only two juveniles left - my heart sunk, the hard work of this brave single parent was almost wiped out in a flash. 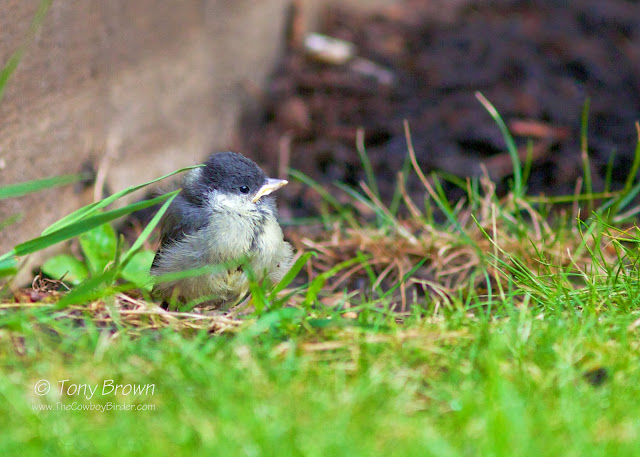 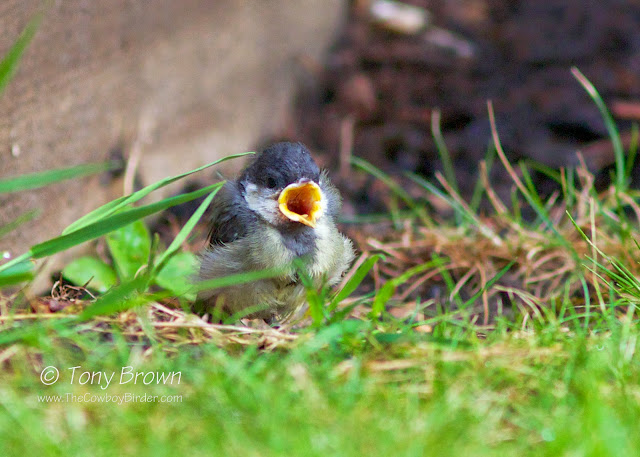 I spent the next hour sat in the garden watching and protecting - from a distance, the remaining two birds, as dad continued to feed them both. Thankfully no cats returned, although I had to scare off an inquisitive Magpie. 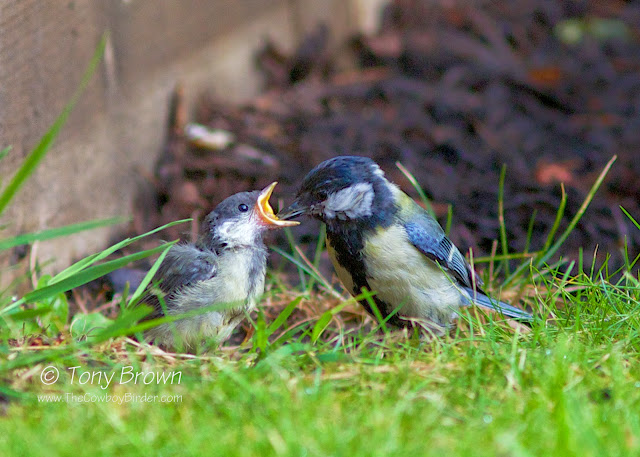 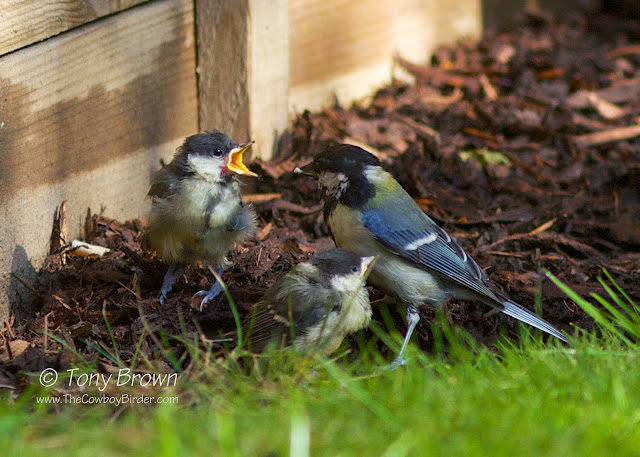 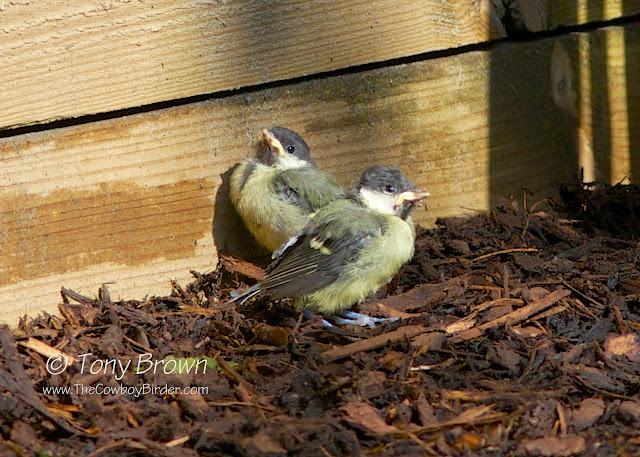 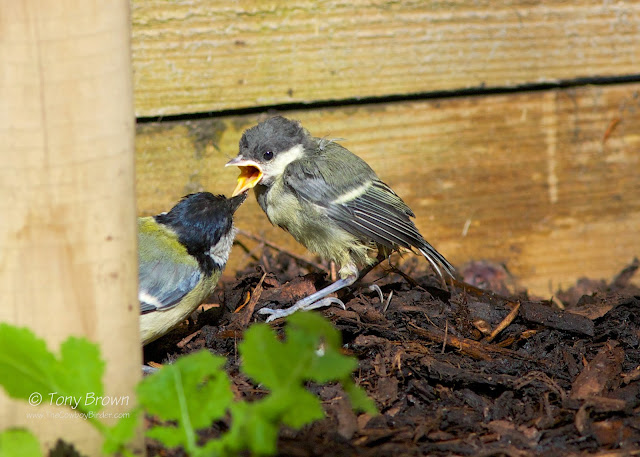 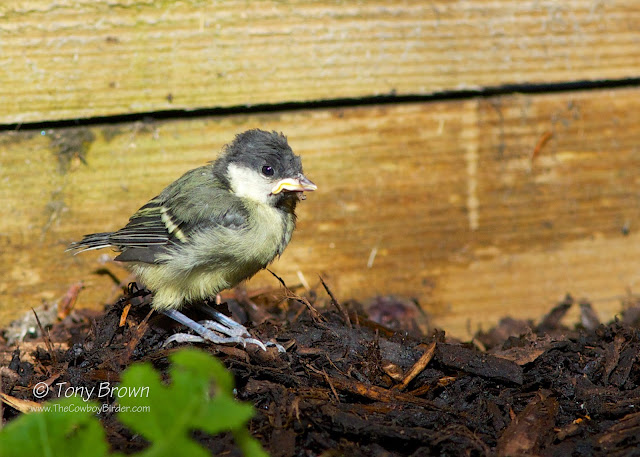 The photo below was the last one I took before the pair scrambled up the fence and took a brief shaky flight into my neighbours garden, I could still hear them calling but they were now out of sight. There is a large Elm tree just a couple of doors down and the birds seemed to be heading for the safety of that.

I'd like to think that these two birds would have survived to adulthood and will fledge young of their own one day, but given what perils are out there, their chances are only slim. I also hope super dad can find another partner soon as it's still early enough in the season for another brood - that's if he can find the energy. 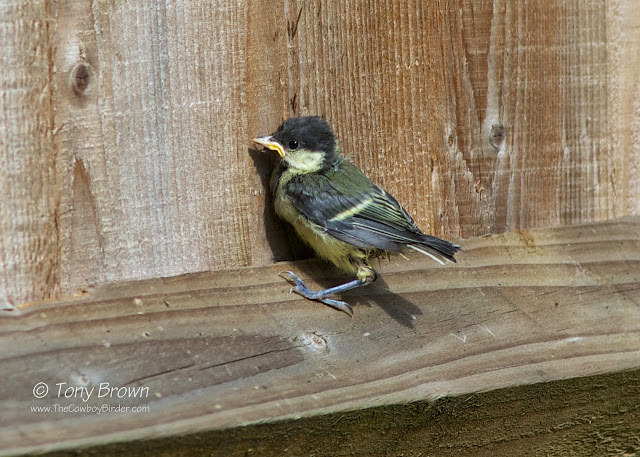