I was just crossing the football pitches and heading home after another Saturday morning session on the Flats when Nick and I stopped to sift through a small selection of Gulls - we had earlier remarked on the fact that there were a distinct lack of Gulls in general on the Flats for the time of year. A quick scan through them produced a couple of adult and a juvenile Lesser black-backed Gulls, a few Black-headed Gulls and an interesting young Herring Gull - interesting because of its leggy appearance, pale coloured head, dark eye mask and heavy black bill, suggesting this bird was a michahellis race of Herring Gull. This bird wasn't the big brute of a Herring Gull you would usually associate with this species but much smaller in stature - more similar in size to the Lesser black-backed Gulls - was it then a young female?

We were both keen to see the bird in flight to get a couple of record shots, and as we approached the bird a bit closer it duly took off, showing a broad dark tailed band and contrasting white upper tail feathers and rump, features we believed confirmed this bird as a Yellow-legged Gull - but ever the sceptic I was keen to go through the photographs at home before I could be 100% happy. 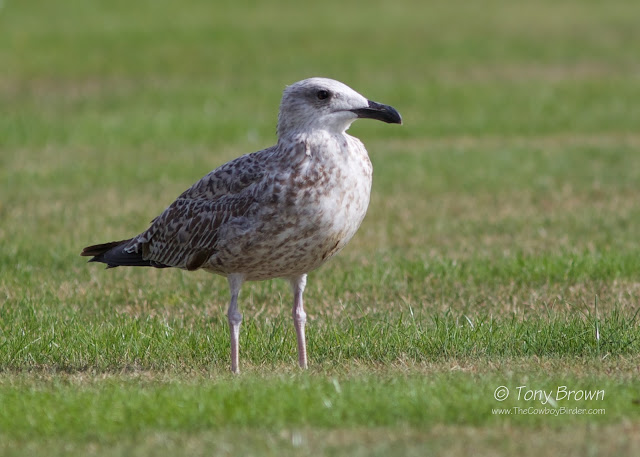 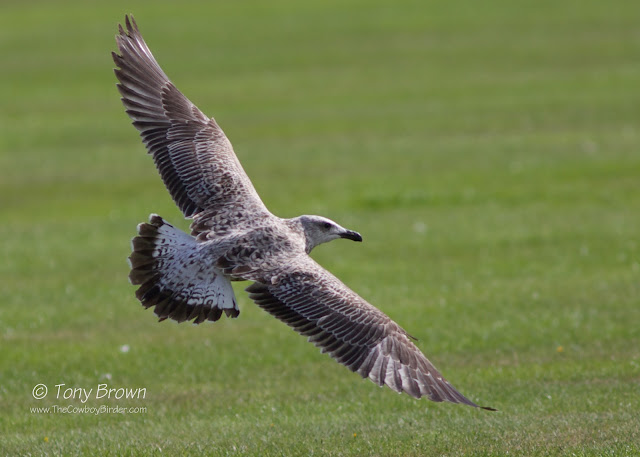 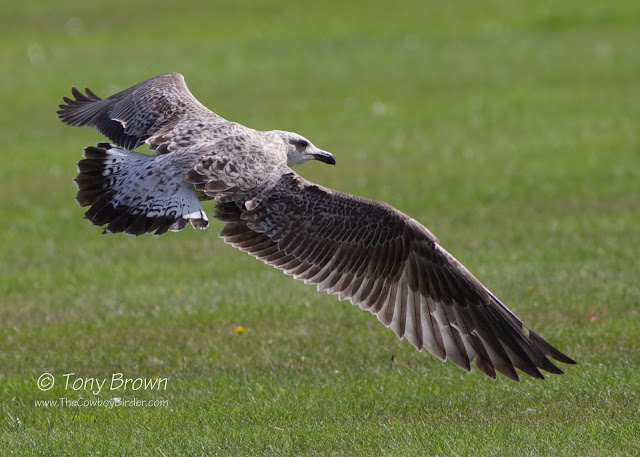 The flight photographs put paid to any suspicions I had, and through the power of Twitter (thanks to Paul Hawkins and Dave Darrell Lambert) who were also both happy to confirm this bird was indeed a 1st-winter Yellow-legged Gull. Additional features of note were the pale edged dark tertials, reduced pale inner primaries and dark anchors on the scapulars.

I've never had a classic adult Yellow-legged Gull on the Flats only a couple of juvenile/1st-winter possibilities in flight, which I eventually binned as I wasn't ever totally convinced, so it was good to finally nail this one down - a long over due patch tick.