Two more year ticks added to the patch list at the weekend, with a single flyover Lapwing and an adult winter Mediterranean Gull bolstering the numbers up to the heady heights of 102.

The Med Gull in question was of course 'Valentino' or should that be 'Valentino Alexandra' given the amount of time he now chooses to spend on the Flats and especially the area around Alexandra lake, away from he's usual wintering haunt of Valentines Park, Ilford. Remarkably this is the 16th consecutive winter Valentino has returned to East London - I'm not sure how many more years the old boy's got left, but he'll be sadly missed when he eventually fails to show up one autumn.

I've had the pleasure of pointing the camera at Valentino on Wanstead Flats several times over the last few years - it's always nice when you have a willing subject, photographs were mainly of him sat or stood on the football pitches amongst the other Gulls, loafing around the edge of the lake and then occasionally in flight between the two, so it was good to get something a little different with him actually on the water. It was initially difficult to get the shot I wanted when facing directly into the light, but eventually this was made a lot easier as he drifted under the darkened areas of shade created from the trees on the island - it sounds a bit arty-farty but I do the like the contrast of the dark water and background with the whiteness of the subject. 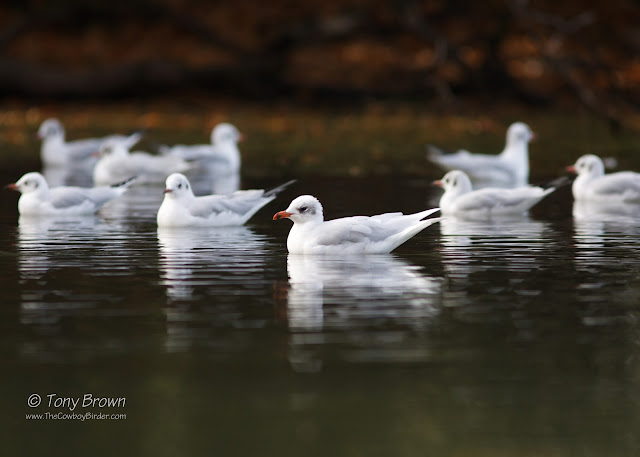 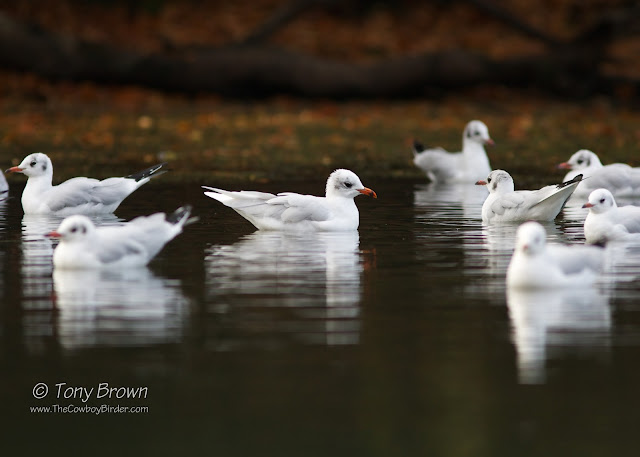 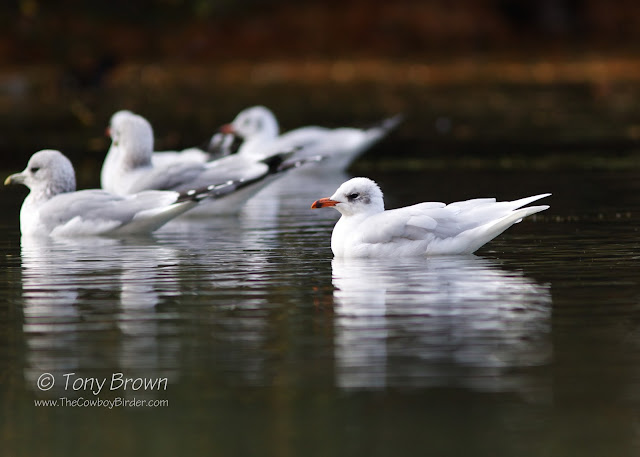 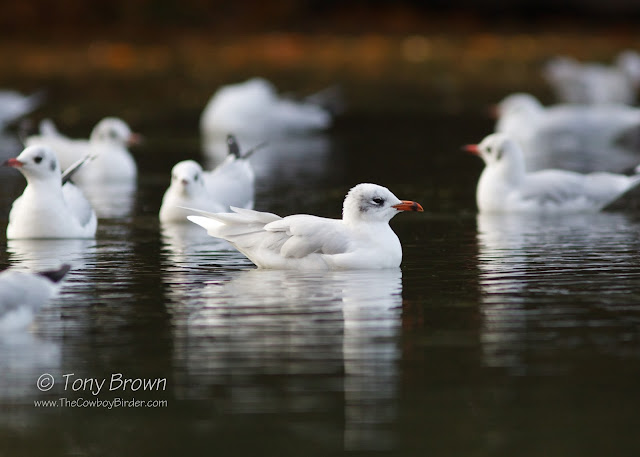