I gave the patch a miss today and instead headed to Rainham Marshes. I soon picked up a Short-eared Owl being predictably mobbed by a Crow and then had a big female Peregrine fly across the Serin Mound, there were also a couple of Stonechats along the fence line. I then moved on to the Stone Barges in search of a few Gulls, but since the tipping has been reduced on the landfill site Gull numbers were very low and I had to be content with just another pair of Stonechat foraging along the foreshore. I bumped into Dave Darrell-Lambert who was due to take a Gull I.D.workshop on behalf of the RSPB reserve and he had mentioned seeing Water Pipit recently in the area, I then continued along the seawall towards Ferry Lane, when reaching the end I flushed a Grey Wagtail and then a Pipit from the rubbish strewn tide line - the Pipit called and it instantly sounded like the squeak of a Water/Rock Pipit.

The bird continued to feed amongst the rocks and rubbish on the foreshore and after obtaining some good views I discounted Water Pipit due to the lack of prominent white wing bars in flight, reduced supercillium behind the eye and outer tail feathers being subdued in colour, this bird was also much more colder in tone with yellowish underparts and not the brighter white you might expect to see on Water Pipit. It also had a greyish wash around the head and mantle area which indicated that this was a Rock Pipit of the Scandinavian race Littoralis.

Below are few photographs of the bird in question, as always comments welcome. 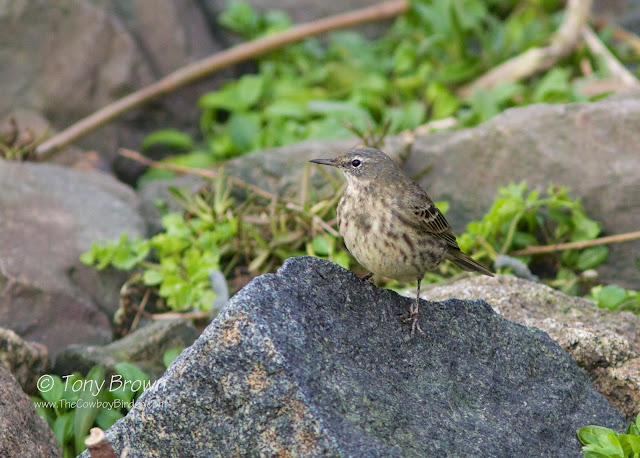 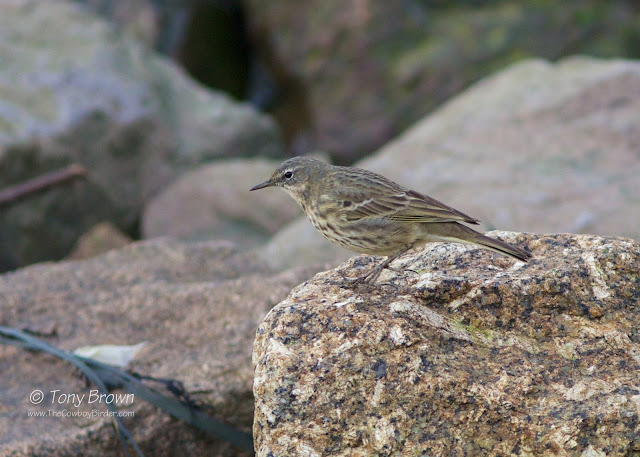 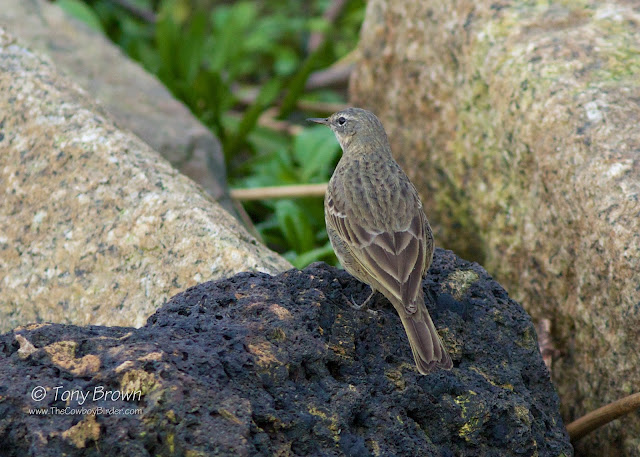 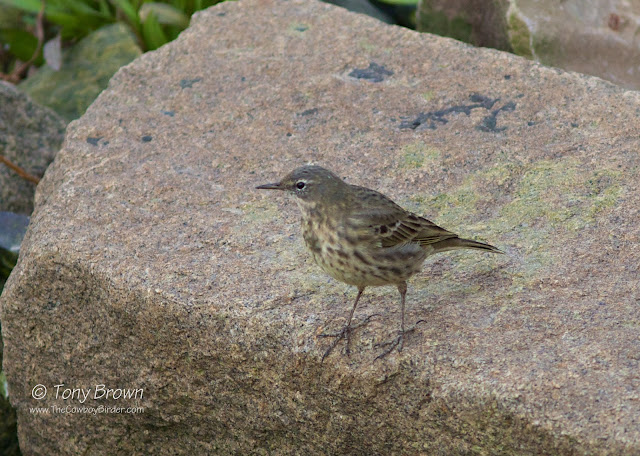 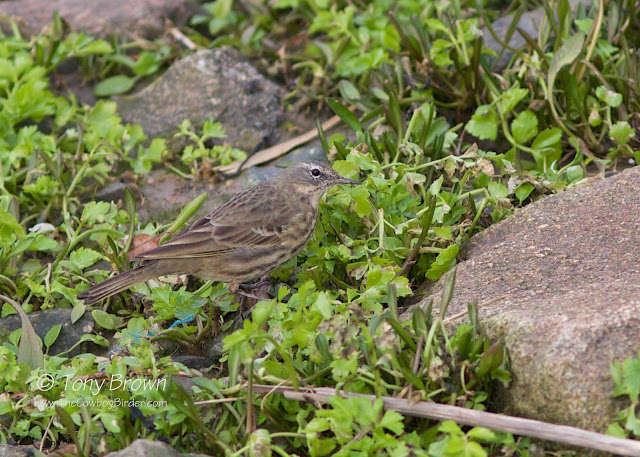 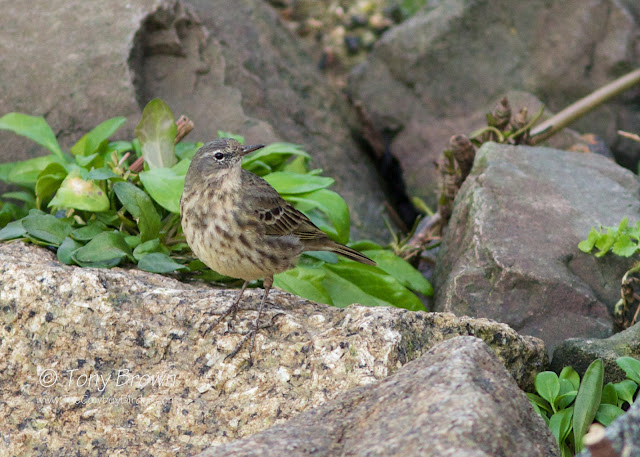 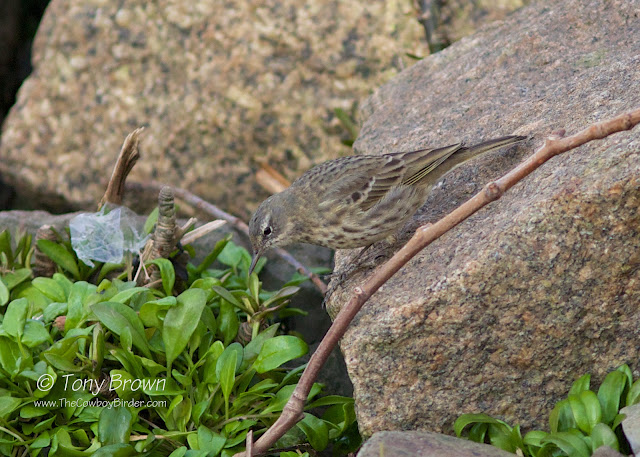 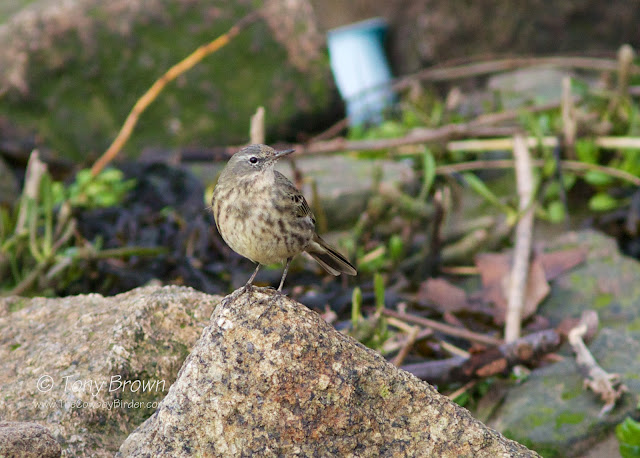 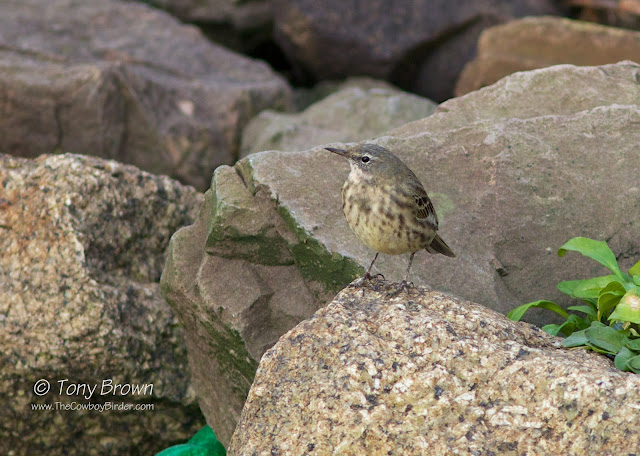