At the weekend I managed to get a couple of half-decent photos of the Mixed Singing Phyllo which has been belting out its combination of Willow Warbler and Chiffchaff song in Motorcycle Wood on the Flats recently.

Mixed singers are not a new phenomenom and in the last decade have become more and more frequent. It is widely thought that mixed singers are not the result of hybridisation but more of an anomaly in the song learning process with birds mimicking each others song where breeding populations overlap. This individual would seem to be a Willow Warbler based on the primary projection and its song, which is mainly Willow Warbler with the odd Chiffchaff notes being intermittently and randomly added, although the overall plumage is generally duller in tone, and with its dark coloured legs would suggest Chiffchaff when seen in the field. 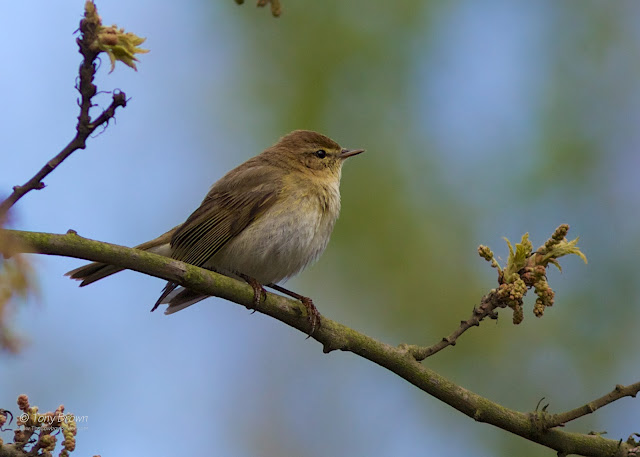 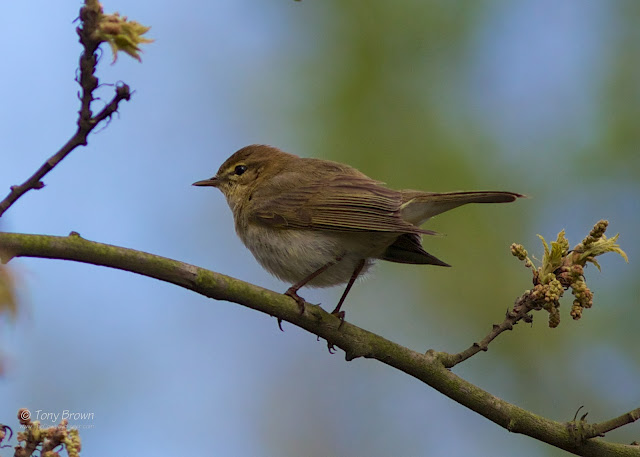