In search of Southern Migrant Hawker

I took the kids to Wat Tyler Country Park with the promise of ice cream and zip slides but little did they know that the real reason was to search for dragonflies, and in particular Southern Migrant Hawker.

With ice creams eaten and as little time as possible spent in the kids play park, I dragged them both in the direction of a favoured location - a heavily reeded pond close to the marina, but in the half an hour I could keep them occupied without getting bored of staring at reeds, we only had one brief glimpse of a possible SMH but even through the bins I just couldn't get a good enough view to be sure, so unfortunately today wasn't to be our day and we had to be content with close views of a smart male Broad-bodied Chaser - which even the kids thought was epic! 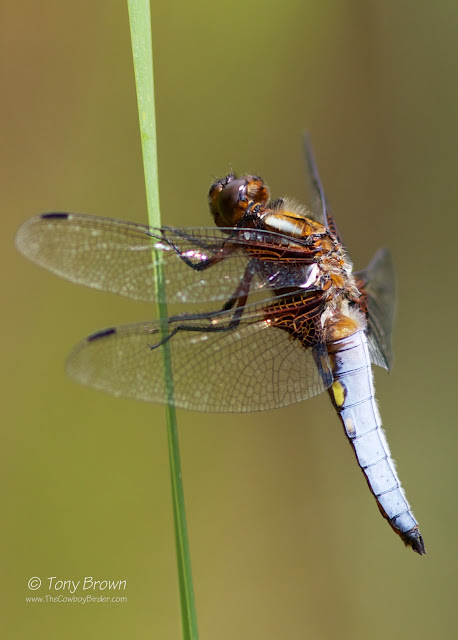 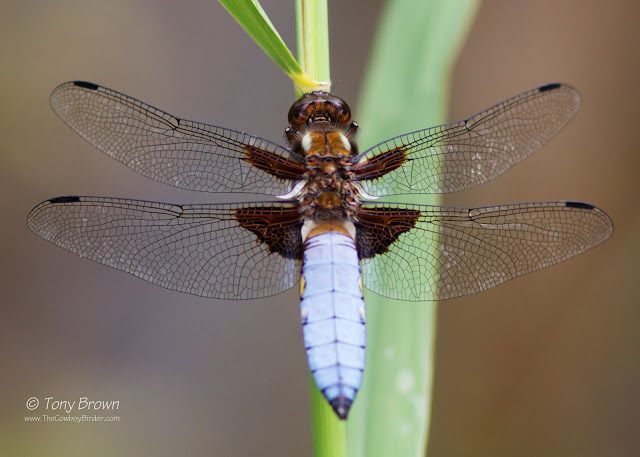 Email ThisBlogThis!Share to TwitterShare to FacebookShare to Pinterest
Labels: Dragonflies

After an absence of several weeks I returned to the patch on Saturday morning with very low expectation, the sterile summer months are typically a bird free zone on Wanstead Flats and I happily steer clear, safe in the knowledge that not much will change until we hit August.

July is a great month to catch up with post breeding waders around the UK but waders and Wanstead don't necessary go hand in hand and we're lucky to catch up with the odd Common or Green Sandpiper, so imagine my surprise when two Lapwing drifted low over the football pitches, circling once before heading west in the direction of Jubilee Pond. Lapwings are annually recorded flying over the Flats but typically these are part of a cold winter movement and are rarely seen in mid-summer on a clear blue sunny day as temperatures are hitting 30 degrees - None the less a welcome patch year tick and a pleasant way to burst my expectation bubble.

As the temperatures continued to rise through the morning unsurprisingly I struggled to add anything else of note on the bird front but a line of three Yellow-bellied Sliders sunning themselves was an odd sight on Jubilee Pond, but fitted in well with the other alien species which frequent the Flats, namely the ever increasing populations of Egyptian Geese and Ring-necked Parakeets and lets not forget the lonely White-cheeked Turaco - I look forward to hearing news of Piranhas and Crocodiles in Wanstead Park before the end of the summer! 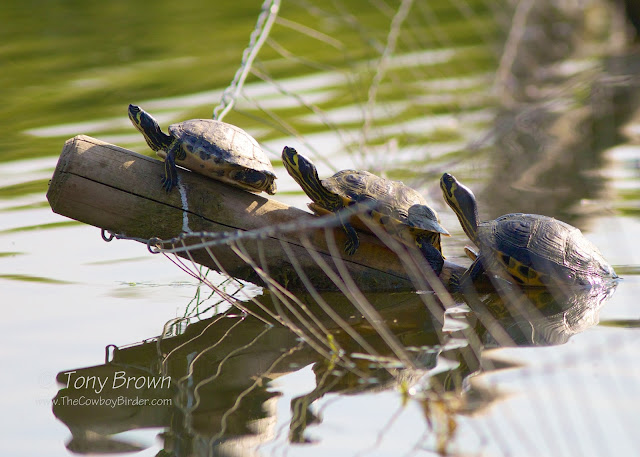 After a combination of illness (Manflu) and a really busy period at work, I finally managed to find some time to catch up with the Common Rosefinch at Walthamstow Marshes - and as local twitching goes this was one of the simplest.

In less than half an hour from leaving the house on Saturday morning I was parked in the housing estate near the Anchor and Hope Pub and was soon listening to the distinctive whistling song of a male Common Rosefinch as it performed from the tops of the TV aerials on the nearby houses - it was great to see an actual scarlet-coloured summer bird instead of the usual grotty autumn juvenile.

An enjoyable couple of hours followed, as I stood beside the canal intermittently watching and listening to the bird as it accompanied the local House Sparrow population, frequently flying between the adjacent marsh and its favoured singing posts in the housing estate. 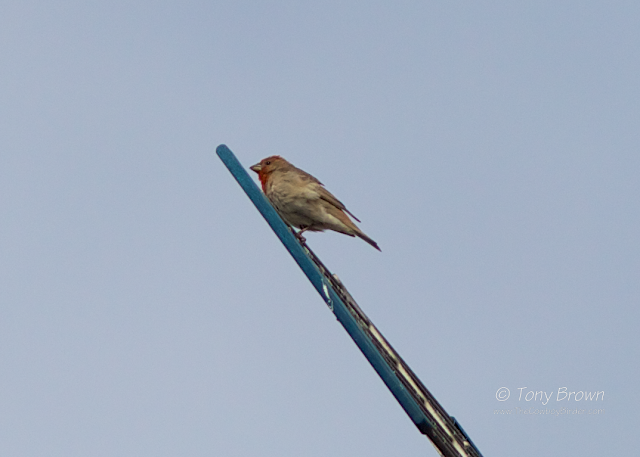 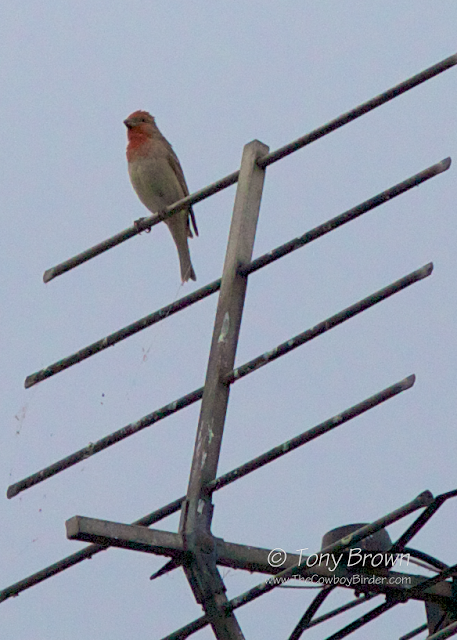 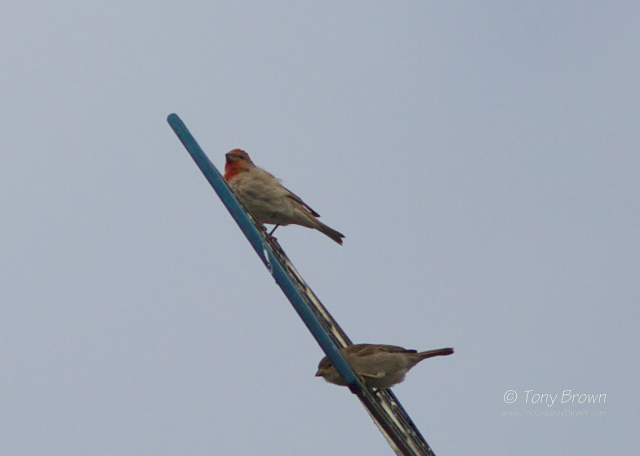