A bit of a non-event on Saturday morning this week. The weather had dramatically changed with a big swing in temperature from the barmy September heatwave hitting 30°c midweek to the now cooler return to normal autumnal temperatures around 15°c with a stiff westerly breeze to boot - for the first time in ages it felt cold at 6.30am in the morning, not quite cold enough to justify the stripy woolly hat, but it won't be long until that's dusted off.

On the bird front the last of our summer migrants were still hanging on, a couple of Northern Wheatears hunkered down low in the grass on the football pitches, 3 Yellow Wagtails flew over, a Spotted Flycatcher was still catching insects in Long Wood and a steady stream of Swallows and House Martins headed west! Not sure why they were all going west - maybe they cross the channel in Cornwall? But someone should show them a map of the UK as crossing in Kent near Dover might actually save a bit of energy and a few miles. 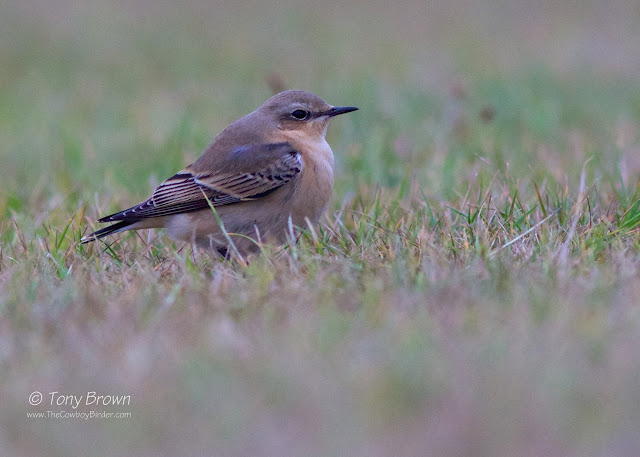 The only other birds of note were two Wigeon on Alexandra Lake. If proof was needed that summer was officially over and we were now heading through autumn like a juggernaut, with winter fast approaching it was the return of our winter wildfowl. For a small urban park lake it was good to see increasing numbers of Teal, Pochard, Shoveler and Gadwall - to be honest I'm amazed we get any ducks on the lake at all considering the amount of disturbance it receives on a daily basis from various non-wildlife friendly parties. 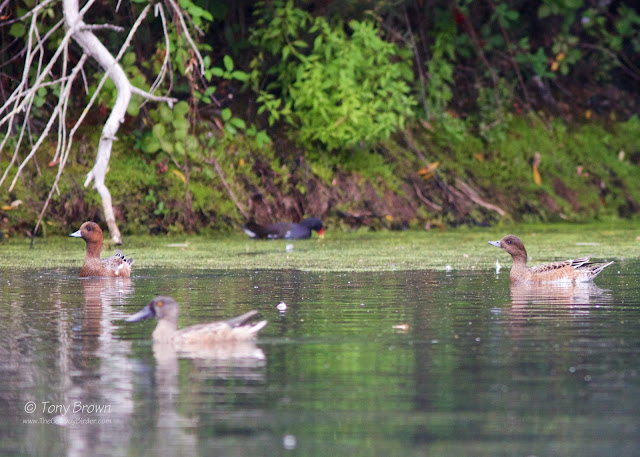 As this latest blogpost gets released on the public, I noticed I've a hit a little milestone - this is my 200th post in just over 4 years I've be writing as the "The Cowboy Birder" and with a bit of basic maths I'm averaging about one post every week, this is by no means prolific compared to the two big London birding bloggers (Jono - Wanstead Birder & Steve - North Downs and Beyond) but it's a fair effort, especially when you consider what else I have to fit around this. I'm still finding the whole blogging malarkey hugely enjoyable and as long as people continue to read and comment, I'm happy to continue...hear's to the next 200 - Yeehaa!