A had big hopes for today's patch visit, with potentially twelve gettable year ticks to aim for - but in the end I only managed to eek out just the four (Yellow Wagtail, Sedge Warbler, Common Buzzard and Reed Warbler) bringing up the year list to a non-spectacular 83 with plenty of gaps still to fill - I hope to see this number continue to rise in the next week or two.

The friendly Common Sandpiper was still hanging around on Alexandra Lake and Northern Wheatears had hit a Spring high count of five birds across the Flats - with one rather confiding female, which kept Jono, James and myself fully entertained for 15 minutes as we all edged closer and closer to the bird on our ever expanding middle-aged bellies with cameras in hand - a very comical sight to all passing dog walkers and the like. 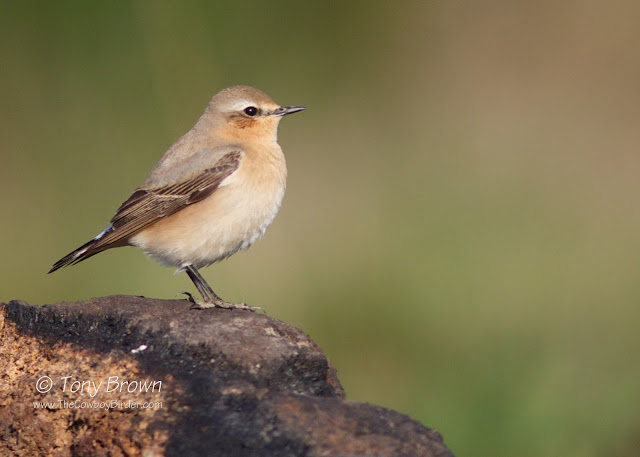 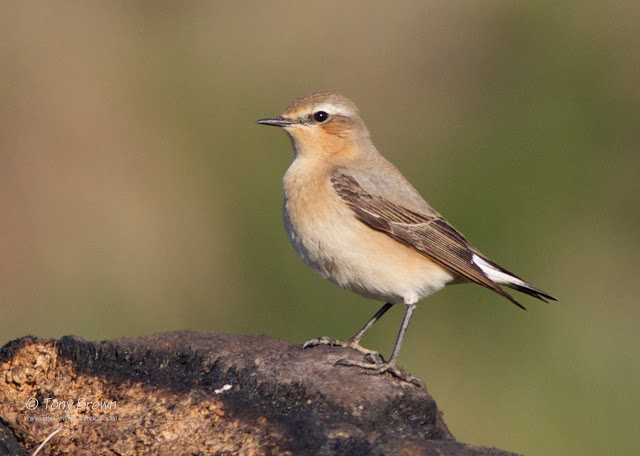 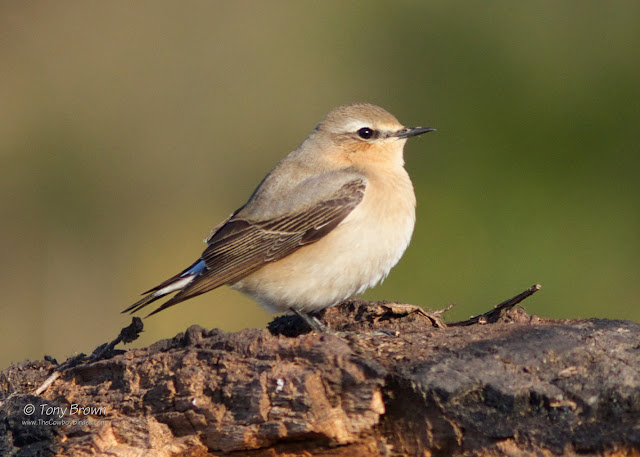 Before calling it a day, I briefly stopped at Wanstead Park with one purpose in mind to year tick the annual Reed Warblers which frequent the small reed bed on Shoulder of Mutton Lake, this was an immediate success with two birds happily churring away, positioning myself on the grassy bank and instantly one pops straight into view - with the photographic results below. 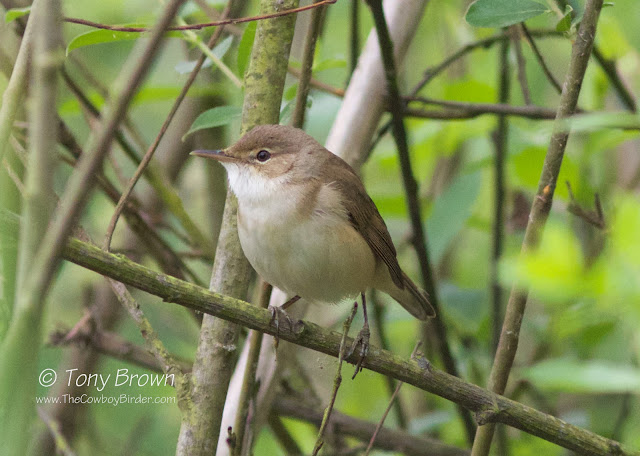 A Nightingale sang in Motorcycle Wood

Saturday morning started very well, with 2 Green Sandpipers calling overhead as soon as I had stepped onto the Flats, and then minutes later as I circumnavigated Alexandra Lake I picked out a Little Ringed Plover on the receding waters edge, but as soon as it saw me it quickly flew off calling. Waders at Wanstead are always cherished, so to see two species within a few minutes of arriving is exceptional and to put this into context the only other waders I had ever seen on or around Alexanadra Lake in over 5 years was a single flushed Jack Snipe and a Common Sandpiper.

Other notable birds on an excellent mornings birding on the patch were a single White Wagtail on the football pitches, my first Hobby of the year and a couple of Northern Wheatears - only my 3rd and 4th birds this Spring. But the morning ultimately belonged to the wonderful sound of a singing Nightingale in the scrub on the north side of Motorcycle Wood - a most welcome patch tick, having missed the last bird on the patch back in September 2013.

I was with Nick in the SSSI when he thought he heard the brief song of a distant Garden Warbler or Nightingale but as I had my 8 year old son with me (Mrs B was taking part in the Wanstead 5km park run with my eldest son) and I had to drop him back once they had both finished running, so I left, leaving Nick to try and locate this bird. A short while later (fatherly duties done), I was back with Nick who quickly confirmed it was indeed a Nightingale and he had pinned it down to an area of dense scrub on the north-side of Motorcycle Wood, a tense (potential patch tick) few minutes passed before the bird burst into song again just a couple of metres from where we were both standing, and then for the next 10 minutes or so we both enjoyed the wonderful jaw-dropping sound of a singing Nightingale in full song - I did manage to catch a couple of fleeting glimpse's of the bird, but to be honest the poor views never really mattered as it was all about that hypnotic song.

I love berating the patch (see previous post) because without fail it goes and delivers up a little gift to keep you interested, and today's gift came in the form of a Little Ringed Plover, and not one but three! Trebling the number of LRP's I've previously seen on the patch.

The Heronry lake had sprung a leak and is draining faster than an ice cold G&T on a warm Sunday afternoon! Which is not good for our local breeding population of wildfowl (Mute Swan, GC Grebe, Mallard, Moorhen, Coot) but for those of us who miss seeing regular views of waders on a patch, this misfortune could be a god send, and those three LRP's might be the start of something very special this Spring (stop, stop, stop - I'm getting carried away). What I'm trying to say is, if a Greenshank decided to drop in and then stay long enough for me to see it - I'd be a very happy chappy (and I wouldn't be the only one).

It's now April 9th, and to date, the following is a list of summer migrants I've seen on the patch this Spring:

And that's it - No Sand Martins, no Swallows, no hirundines at all! My single Wheatear was way back on March 11th - that's almost a month ago, and I've still only seen one, yes one Wheatear!

I can sense the frustration amongst the regulars, we meet up, discuss what we haven't seen, talk about what everyone else has seen, groan, then walk around the patch a bit more, see nothing, and then go home. This is not good, and things have to change - and change fast! Otherwise we're all off to our new patch - Walthamstow!