Spring passage on the patch is virtually over with only handful of Swallows still moving through and the odd Yellow Wagtail calling overhead. With the year list now siting in the nervous 90's after adding our resident but often heard and not seen Little Owl thoughts are already turning to the autumn - as summers on the patch are virtually a bird free zone. There are a couple of omissions I could still add, with both Peregrine and Treecreeper still avoiding me and then there's always the chance of Common Tern going over, so although I may not give the patch as much time through June and July there's still a couple of reasons to return until we hit the tick-trail again in August.

After finally adding Tawny Owl to the patch list Thursday evening, with two noisy juveniles calling loudly in Reservoir Wood, this mornings Little Owl also happily obliged for once and sat out in the open, allowing a few photographs to be taken before disappearing higher up into the canopy of the copse - with Short-eared Owl still missing from the patch list (after several near misses) this is just another reason to skip Summer and head straight to Autumn. 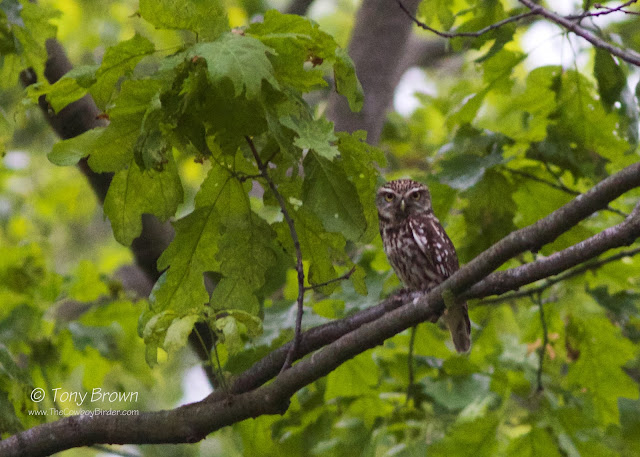 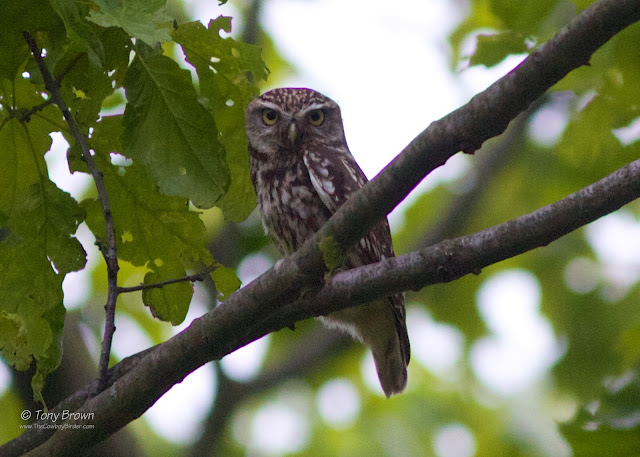