The Fruits of Autumn

After last weeks relative success and the first real autumn movement of passerines, with migrant Reed and Sedge Warbler, several fresh lemon yellow juvenile Willow Warblers and my first Northern Wheatear all seen on the Flats, I was hoping for more of the same today. There was another Wheatear, a couple of Willow Warblers, Yellow Wagtail and a new-in Common Sandpiper on Alexandra Lake but overall things felt generally quieter.

Just like last week, there were both Blackcap and Garden Warbler gorging on the ripened fruits on the bushes of the Elder and Blackberry, and there seems to be a healthy crop of Blackberries across Wanstead Flats which bodes well for the rest of the autumn for all of our Sylvia Warblers and for us patch birders! 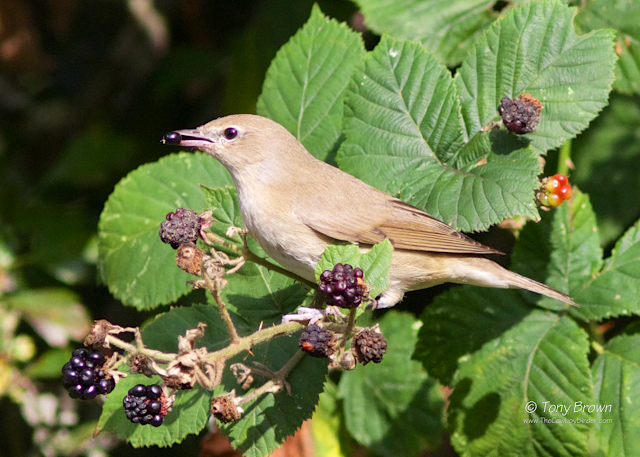