Eye to Eye with a Water Rail

I gave the patch a swerve this morning, and instead headed to Roding Valley Meadows as I wanted to photograph the long staying Red-necked Grebe again - which is now in full winter plumage, but after doing a lap of the lake it was nowhere to be found - I later found out it was seen at Connaught Water, which isn't a million miles away, so I'll probably check that out another time.

Even without seeing the Red-necked Grebe, it was an enjoying stroll along the river Roding and the surrounding area. There was a female Goldeneye on the lake and a flyover male Goosander, and there were also plenty of Redwing and Fieldfare, along with and one or two Siskin and Redpoll calling overhead - but the highlight was a rather showy Water Rail.

I could hear the unmistakable pig like squeal of a bird calling from a small patch vegetation on the lakes edge, and then after a few minutes patiently waiting I was rewarded with some cracking views of this usually elusive bird, as this bold as brass Water Rail crept out of the reeds and nonchalantly walked towards me before the sound of my camera shutter sent it scampering away in the opposite direction - maybe I should give the patch a swerve more often? 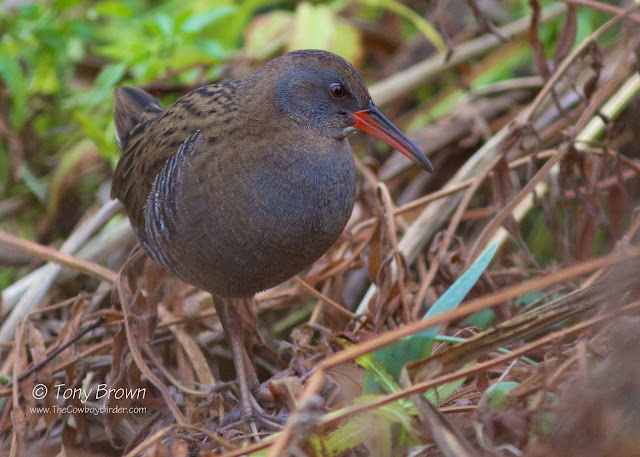 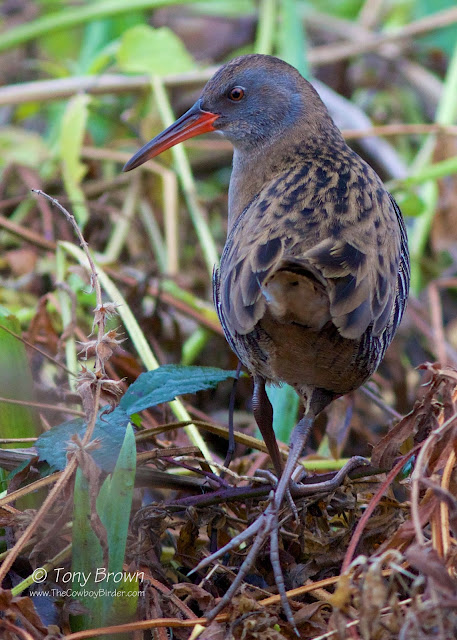 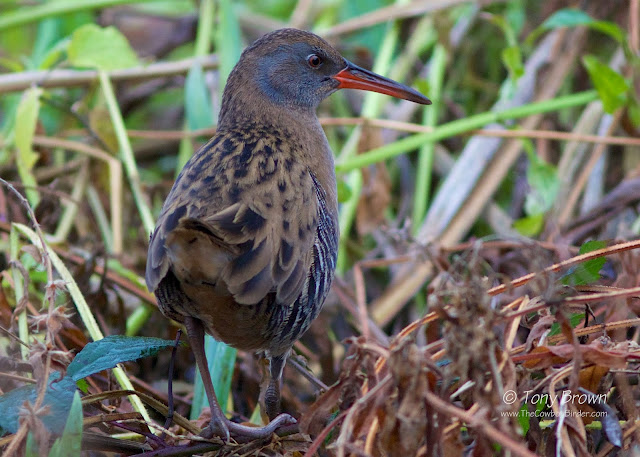