What makes you Tick?

As birding weekends go on a cold, wet and miserable January - I'd give this one a respectable 8 out of 10.

First up on Saturday morning was a visit to Walthamstow Wetlands (as it's now known) to look for the Little Bunting which had been found on Friday. An excellent record for London and kudos to guys who dug that one out, but 2 hours standing still on the bank of a reservoir looking at a hedge in the rain isn't really my idea of fun, but thankfully patience did eventually pay off and the bird showed to the small waiting crowd before quickly disappearing again - it's always good to get a London tick, especially on the north side of the Thames. Returning home to dry off and warm-up and the wintering male Blackcap appears in the garden, and curiously this gave me more satisfaction than the Little Bunting - despite seeing hundreds of birds around the UK and abroad, I still get immense pleasure from feeding and seeing garden birds - especially when something a little bit out of the ordinary turns up. 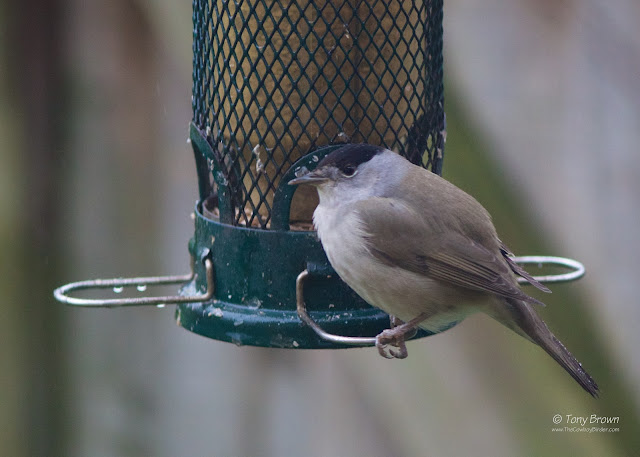 Sunday and I find myself with a couple of hours spare (due to the cancellation of my sons football match, waterlogged pitch apparently) and I head to the patch in search of a few easy missing year ticks - I still haven't seen a Mistle Thrush or a Kestrel. I hadn't been here long before news of a Hawfinch in the Old Sewage Works (thanks Tim) finds me heading quickly in that direction, but not before I year tick the obliging female Bullfinch which is currently residing in the brambles alongside Heronry Lake. No sign of the Hawfinch and the rain is starting to fall as sleet, so I call it a day, satisfied with my lot this weekend, knowing I could have easily have stayed indoors under a duvet and hidden from the elements but that's not what makes me tick. 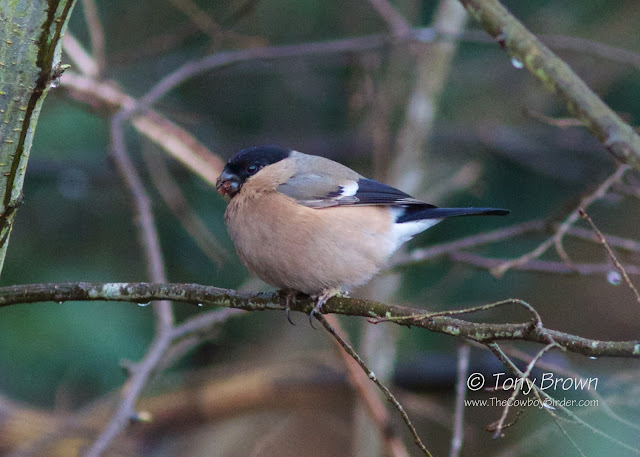