Eastern Poland - Day 3 (Bialowieza and the road to Warsaw)

After yesterday's long day in the field the plan was to have a more leisurely start so we planned to meet up about 6am, but I woke early and decided to have a quick mooch around an adjacent scrub and farmland close to the accommodation. It wasn't long before I'd seen Yellowhammer, Tree Sparrow a couple Black Redstarts, Red-backed Shrike a flyover Hawfinch and Golden Oriole a singing Thrush Nightingale and a River Warbler! What a contrast to the UK where these days we struggle to see a single Yellowhammer among miles of sterile hedgerows and farmland.

Meeting up with the guys, the plan was to visit a few local sites around Bialowieza village before taking the longer but scenic cross country drive back to Warsaw. First stop was back to the River Warbler site from last night and sure enough the bird we had heard singing was in the same spot and was obligingly out in the open, also in the same tree was a singing Icterine Warbler.

Our next stop was the Zebra Zubra trail in search of Hazel Grouse but we weren't prepared for how long the trail was. The wooden boardwalk went on and on and on...In the end we gave up looking and turned back - the walk back was somewhat quicker, and had nothing to do with the howling Wolf we had heard!

We also tried and failed to actually see a Thrush Nightingale at a location in the village given to us by our guide but did catch-up with a pair of Barred Warblers, Great Reed Warbler and Rosefinch, as we tried to fit in as much as we could before heading to Warsaw. 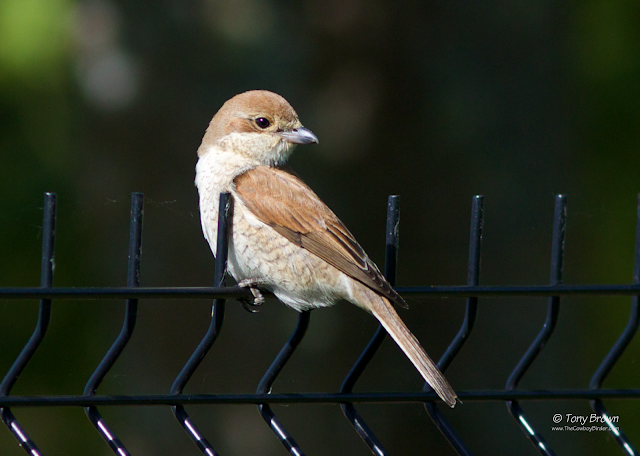 On the route back to Warsaw we managed to mop up a few more birds for the trip list along the way - Montagu's Harrier, Serin, Corn Bunting, Little Ringed Plover, and Pheasant and we even managed to pin down and finally see a Thrush Nightingale much to the delight of all the team (especially Mr Rae!).

As a group we managed to record 108 species in our short time in Poland which Isn't bad considering most of the birding was done in and around a forest habitat. The main aim of the trip was to catch up with the Woodpeckers of Central Europe and as we recorded seven species (and this doesn't include Green Woodpecker) you could say it was a successful trip.