Fairly quiet around the patch at the weekend (not helped by the unseasonably warm weather) but whilst scanning through the usual roost of gulls on the football pitches I came across this 1st-winter Common Gull which had yet to moult and was still (more or less) in complete juvenile plumage. I've seen similar birds in December and January, but never in February and this late into the new year.

Seeing a Common Gull in February still in juvenile plumage would suggest it came from an area of northern late breeding populations or even a more eastern direction which would suggest ssp (heinei).

Food for thought, and one for the many gull enthusiasts to mull over... 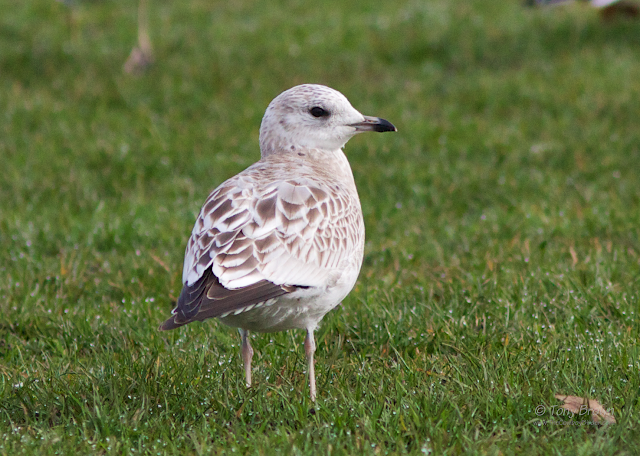 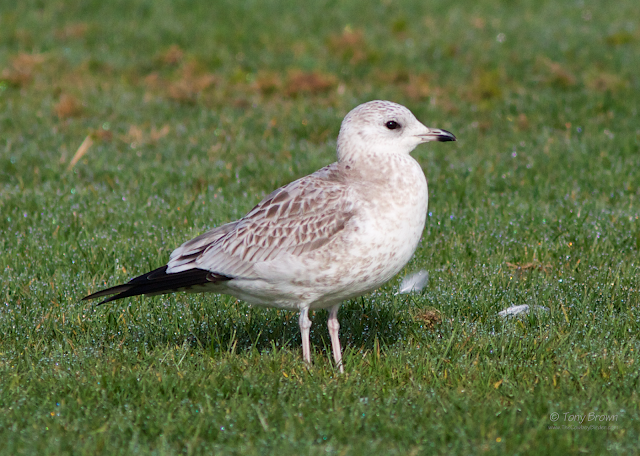 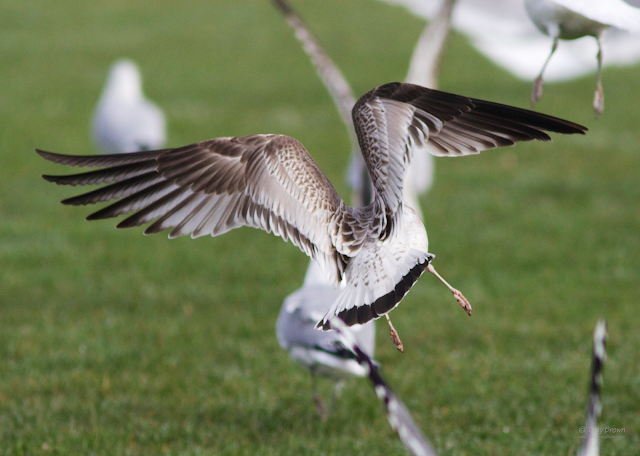 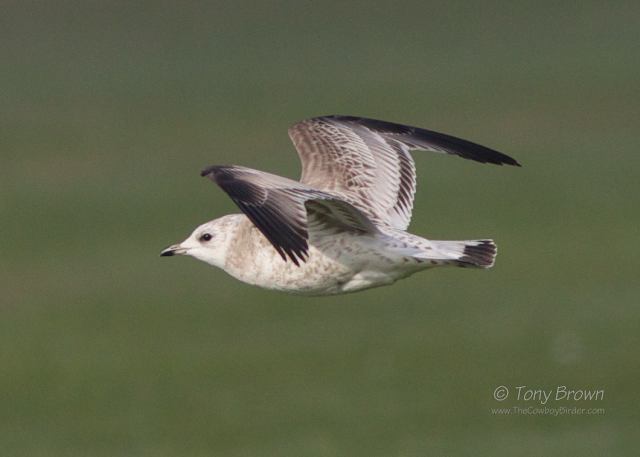