All Cattle and not much Egret

I popped into Rainham Marsh this morning with my 10 year old son in tow and virtually the first bird we saw was a Cattle Egret flying across the Purfleet Scrape, it landed beyond a herd of cattle where it spent most of its time happily obscured by these big bovine beasts before flying out further into the marsh. The only other birds of note were 10 Ringed Plover on Target Pools and an Avocet pair with two recently fledged young on Butts Scrape, plus the usual Hobby, male Marsh Harrier and a calling Cuckoo - none the less an enjoyable couple of hours walk around the reserve and a nice way to start half-term week. 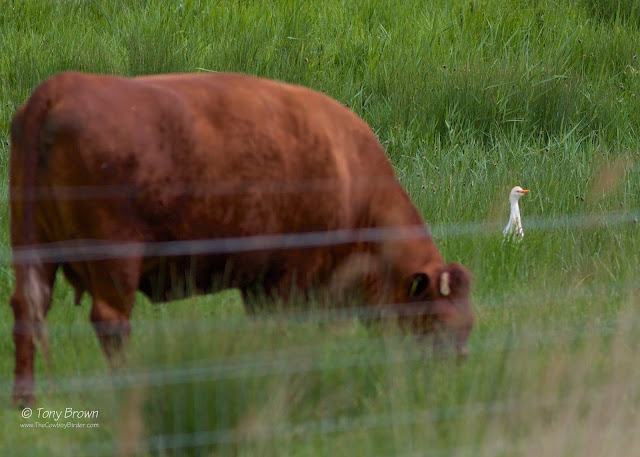 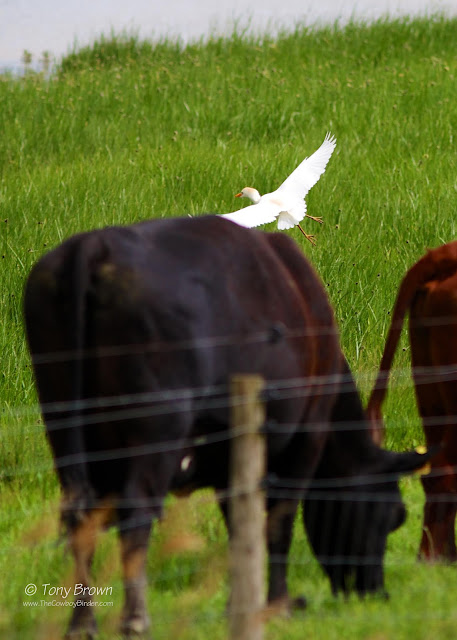 All Quiet at Wanstead but Crossness Delivers

With a band of overnight rain moving through the region on Friday, I felt an early morning start on the patch might be productive - sadly my optimism was dashed again as the search for late spring passage migrants and something of note drew a blank. The mornings highlight probably went to a pair of Treecreeper in Wanstead Park, east of Perch Lake. This was first time I've recorded two birds together in the Park and suggests a breeding pair and would be an excellent record for this location.

My morning jaunt was broken with the news of a Great Reed Warbler at Crossness, but my day was already mapped out and given the time and distance of getting to this Thames-side reserve on the south of the river, any hope of catching up with this London 1st were sunk. Thankfully the bird did the decent thing and stuck around and I caught up with it on the Sunday morning, I only managed two briefs views, one occasion when it climbed the reeds and a briefly broke into a bit of a loud and unmistakable croaking and then another flight view, but all in all an excellent London tick and great find by Richard Bonser in what was an enjoyable couple of hours surrounded by the calls of a Cuckoo and the songs of Reed, Sedge and Cetti's Warblers.

I took the series of photos below of what I presumed was a White Wagtail (alba) on Wanstead Flats over the weekend. This presumption was mainly based on the mantle colour being rather plain and ash-grey in colour (this was even more noticeable in the field) but given the amount of grey around the breast and to a lesser extent the flanks, I'm now swaying towards a female Pied Wagtail (yarrellii), but I've also seen White Wagtails with a light-grey wash around the flanks, so I'm still not 100% convinced.

The white wing bar also appears to be quite broad and the grey mantle doesn't encroach into the rear crown (what you can see of it) as much as you would expect in a female White Wagtail, so maybe it's just a female Pied Wagtail with a light grey mantle after all? It's just a shame that none of the photos clearly show the rump/upper tail coverts, as this could of clinched it either way (ash-grey for White Wagtail, dark grey for Pied Wagtail).

As always, any thoughts and comments are welcome... 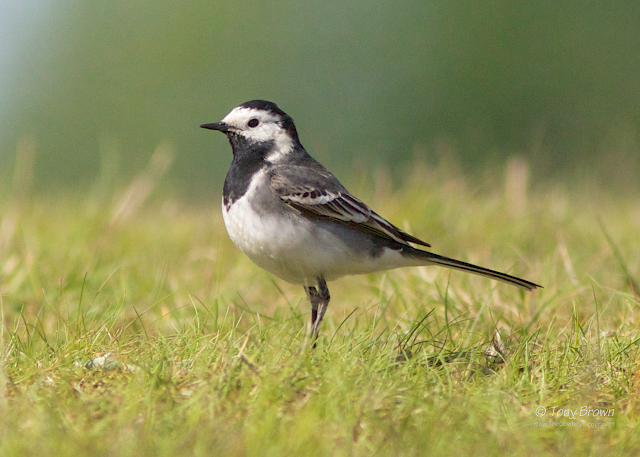 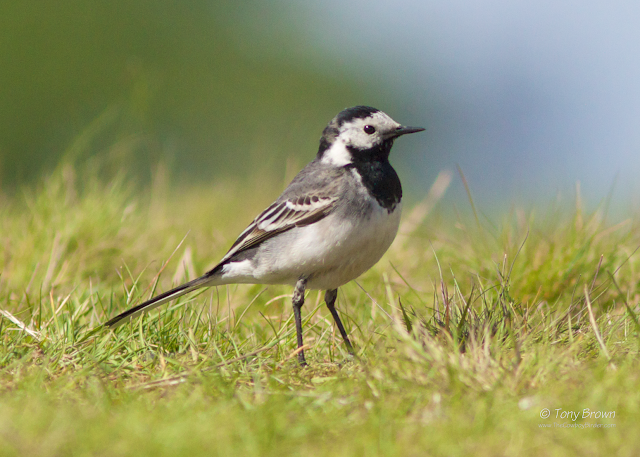 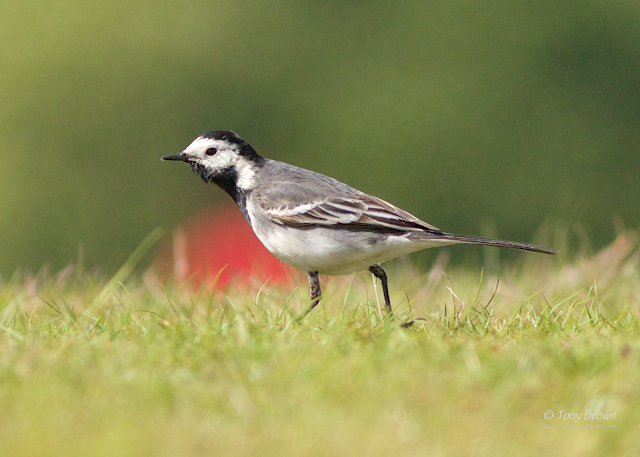 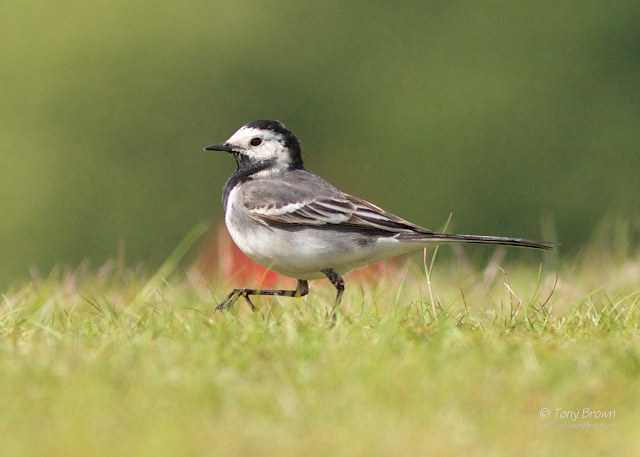