As you would expect at this time of year the bird life on the old patch at the moment is fairly non-existent apart from the usual breeding species, so I've been enjoying a few lazy weekends taking in the Cricket World Cup, FIFA Women's Football World Cup (both of which have been excellent viewing) and also a little bit of local Mountain Biking (more of that another time). However on the visits I have made to Wanstead my focus has been less birds and more Odonata, nothing out of the ordinary to report (although I did dip a locally rare Scarce Chaser) just an enjoyable few hours locating, photographing and ID'ing these magnificent flying beasts.

It was good to add another London tick to the slowly growing list and so soon after recently adding Great Reed Warbler but it almost never happened! After commiserating Spurs losing in the Champions League final I'd woken up with a monster of a hangover which seemed to get worse as the day wore on. Somehow I managed to pull myself together and by late afternoon headed up the Lea Valley to Fishers Green to look for the drake Ring-necked Duck which Dom Mitchell had found in the morning (whilst walking his dog, no less).

Anyone that knows Seventy Acres Lake at Fishers Green will know it has a large number of small islands and many bays and inlets - all perfect for hiding ducks, so unless anyone was on the bird when I arrived I thought my task was going to be difficult especially as I was still feeling a little jaded, but for once luck was on my side and as I scanned the lake from the footbridge I picked it up straight away amongst a small flock of Tufted Duck, I even managed to position myself at eye level on the lakes edge and got a few photos which all appear to be in focus - amazing what you can achieve whilst hung-over! 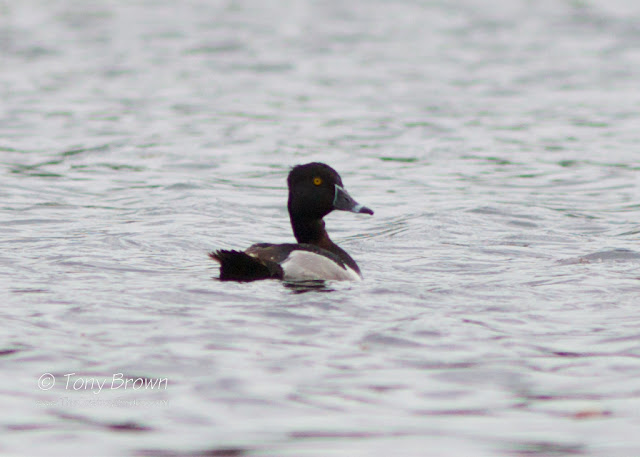 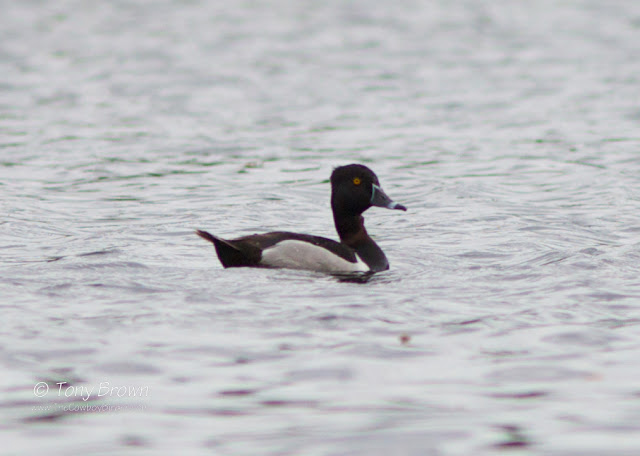 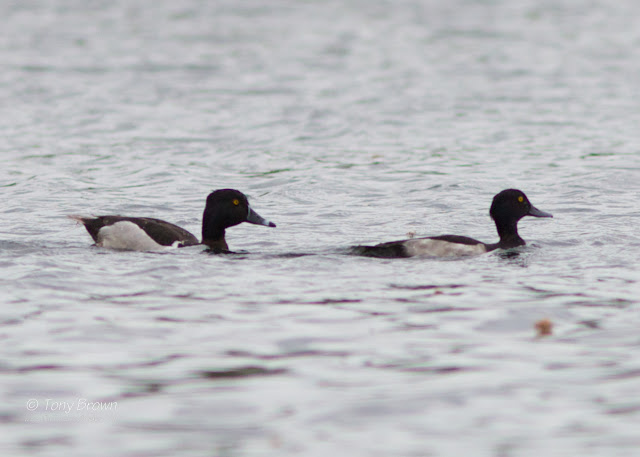 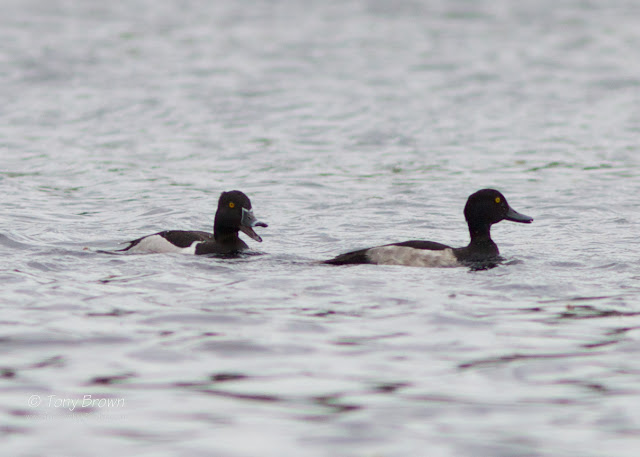