Dry, calm and clear - the perfect morning for a bit of a vizmig session - nope absolutely rubbish! It turned out to be a bit of damp squib with very little movement of any note, the only exception was two late Swallows heading low and west, so after bidding farewell to Bob and Jono after we'd tried and failed to find a Rock Pipit amongst the current resident numbers of Meadow Pipit, I thought I'd give our crop of Stonechat a session with the camera especially as the light was actually quite good for a change. 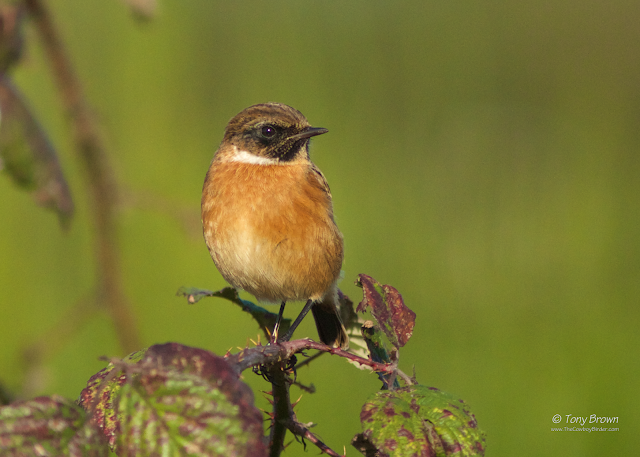 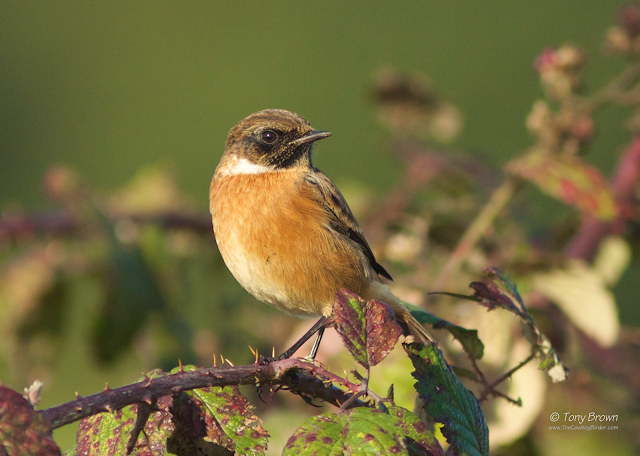 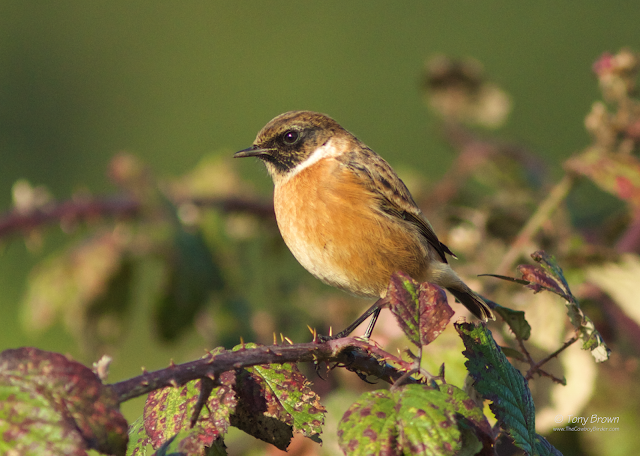 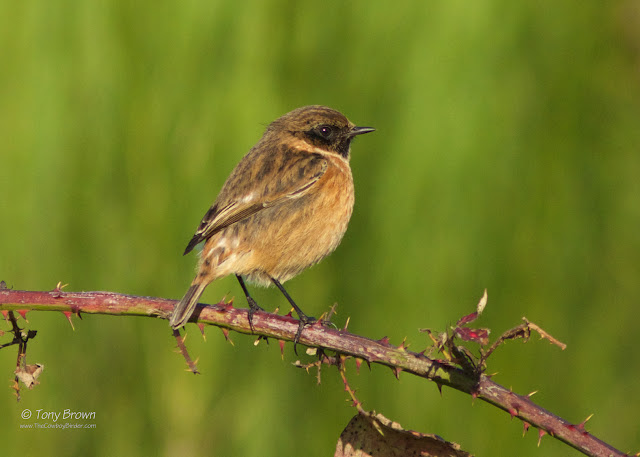 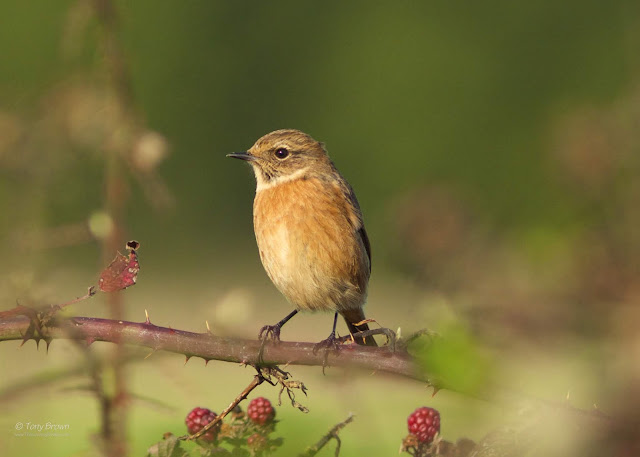 There's been a good autumn passage of Stonechat through the Flats with a high of ten birds seen on the 2nd October and even now we have five birds who appear to be in no rush to move on and have hopefully taken up residency for the winter. In previous years you'd only expect one or two Stonechat to hang around so the omens are looking good for this winter already, but what I'm really hoping for now is a Dartford Warbler to also put in an appearance - It's been decade since the last one at Wanstead so we are definitely due another.