Eagle Pond at Snaresbrook is starting to get a bit of a reputation for being a local hotspot for Caspian Gulls, as the regular returning adult has now been joined by a 2nd-winter bird. It appears this new bird is the same one I had at Wanstead Flats on the 7th December (photo here). If so, it's also following a similar pattern to the adult by relocating to Eagle Pond - only time will tell if this new bird sticks around throughout the winter and then who knows, it may even return next winter! 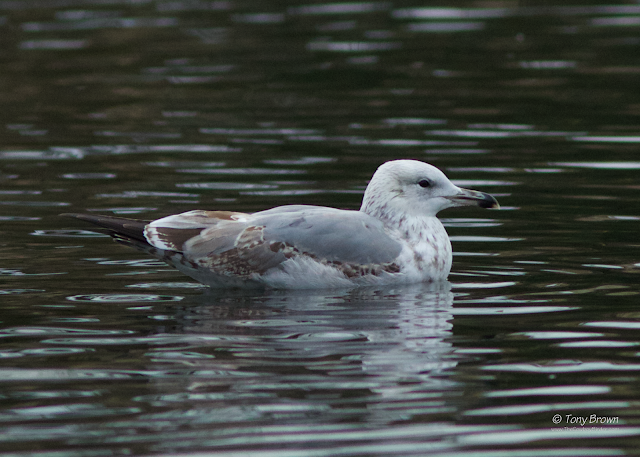 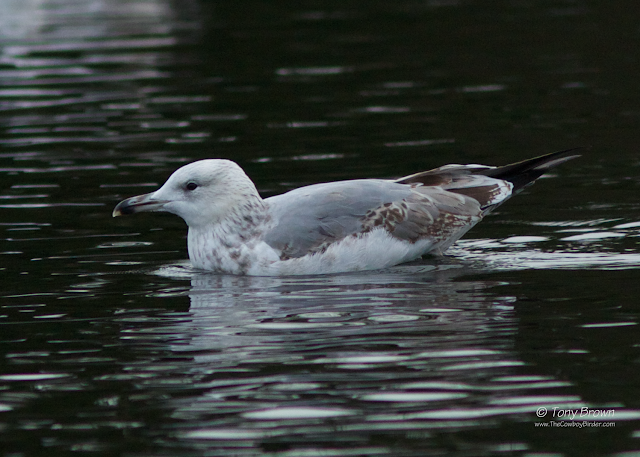 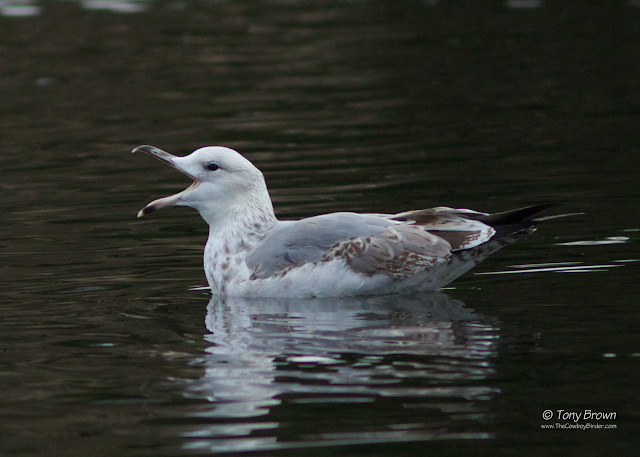 Back to Gull School

Sometimes, just sometimes you have to hold your hand up and admit that you got it wrong.

I found this bird loafing around Alexandra Lake on Saturday and quickly came to the conclusion that it was a 2nd-winter Yellow-legged Gull, not an uncommon site on the Flats as there's been a couple of birds seen on and off throughout the Summer/Autumn. I got home, grabbed some lunch and then took my son to see Spurs v Burnley (great game by the way and a contender for goal of the season from Heung-Min Son) - then, that evening after the game I tweeted out the photo below as a 2nd-winter Yellow-legged Gull. Within a couple of minutes I was quickly questioned on it's parallel sided bill (David Darrell-Lambert) who had also copied in most of London's pre-eminent laraphiles and then soon after Rich Bonser chips in with "Casp genes for sure, and bill structure favours it too. Can't see anything on P10 to decipher a mirror or not, while the slight bit of streaking round the eye could point to a bird from the west of the range. But Casp, yeah".

I had to take stock and looked at the photo again in a bit more detail and sure enough, how did I miss that bill! Not just the bill but the bird also looks quite leggy, and structurally it's no way near as bulky as you might except a Michahellis to be. It also has that slimmer more elegant look about it - again, more in keeping with Cachinnans.

I tried to blame whole episode on my fuzzy head after a Friday evening down the pub, but to be fair I just made a quick assumption without carefully looking at the bird - lesson learnt! On the plus side it's great to see another Caspian Gull at Wanstead and in 2nd-winter plumage - all my previous records are of 1st-winter birds.

Wanstead failed to deliver anything of note over the weekend and unless we get a really good cold snap, December and the run up to the New Year could result in some fairly mundane local birding - but at least I have the Snaresbrook Caspian Gull on my doorstep to fall back on when the patch is this poor.

The average large Gull lifespan is around 30 years, so considering this adult bird is still a relative youngster (5CY), I could potentially be watching and photographing this bird for another 25 years - I do pity the readers of this blog!

If you've not been to see this bird then I can thoroughly recommend a visit to this part of north-east London, as it's a real entertainer. From the concrete roadside pathway you can watch it regularly harass and steal the bread from the Black-headed Gulls. The Central Line at Snaresbrook is just a 5 minute walk away, so there's no excuses for those London based birders who don't have any transport and with the Eagle Pub and carvery just opposite what better way to finish the visit off than by popping in for quick pint having enjoyed this rather engaging adult Caspian Gull. 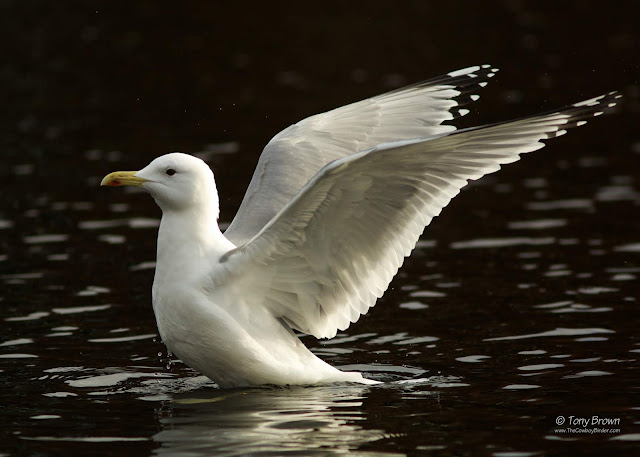 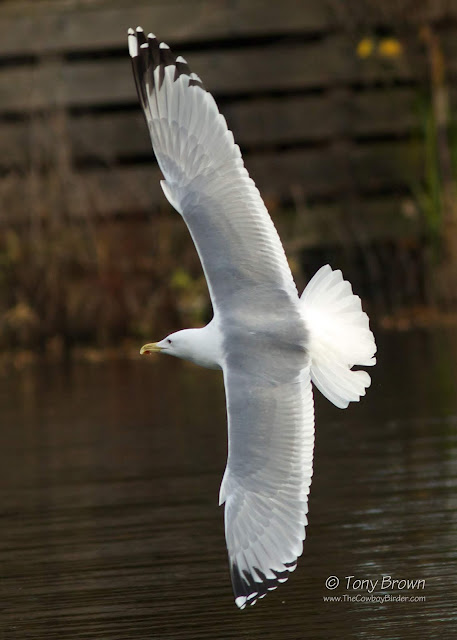 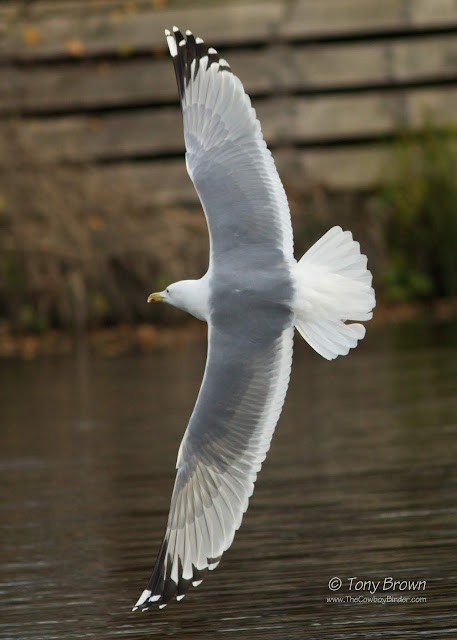 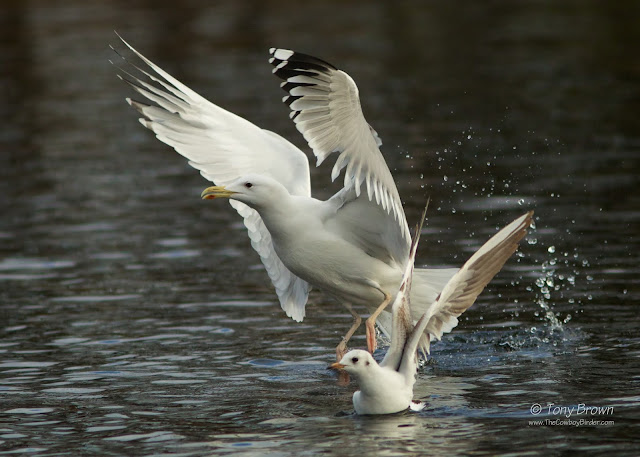 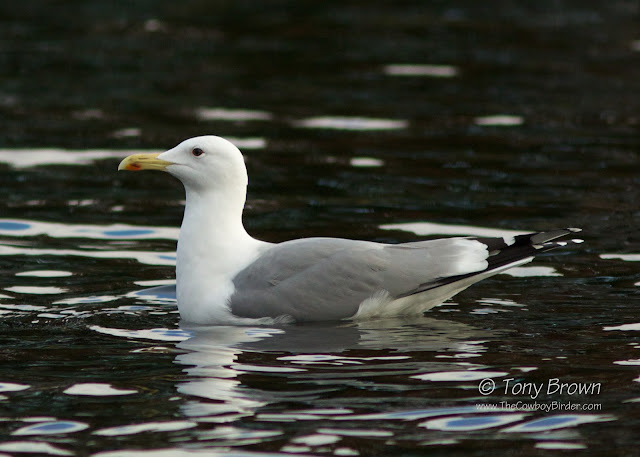 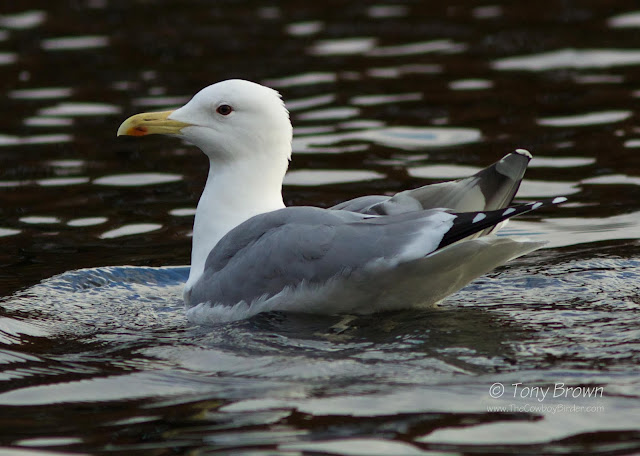