I've made three short visits to the patch since the 1st of January so my Wanstead year list is up and running (It's 50 something or other) I just haven't got round to updating the blog with any details...that's if I update it at all, I might just give the list a miss this year and concentrate on something different - maybe I'll buy a moth trap...will see!

Anyway...January has continued where November and December left off...same old birds with very little winter movement, so not a great deal to report other than this 2nd-winter Caspian Gull on Jubilee Pond. It's the same bird I saw on the on Alexandra Lake (7th December) and then again on Eagle Pond, Snaresbrook (15th December) so It's doing the rounds locally and is the only notable bird on the new (non-existent) patch list...Spring can't come soon enough. 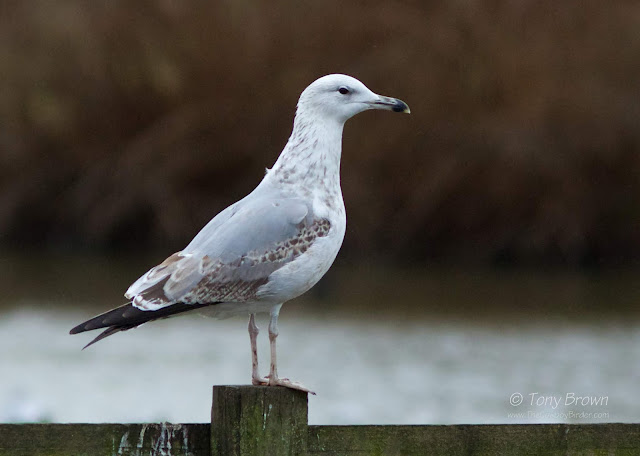