Finally...and after a gap of almost 2 years (my last record was 18th March 2018) I've found another Mediterranean Gull on Wanstead Flats. This is my eleventh Med Gull on the patch in almost 10 years which goes to show just how scarce these birds are in this neck of the woods, despite being an increasingly common sight along the UK south coast.

This smart white-winged adult was roosting amongst the Common Gulls on the football pitches and was just rewards for venturing out on a miserable Sunday afternoon, battling the wind and squally showers. It will be interesting to see if this bird sticks around or like most Med Gulls at Wanstead (with the exception of Valentino) quickly move on? 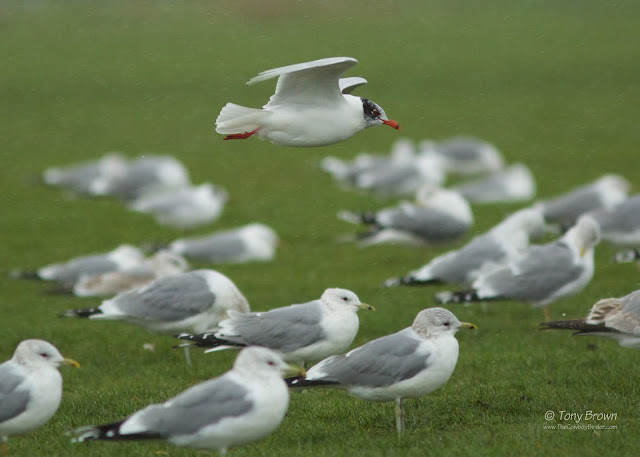 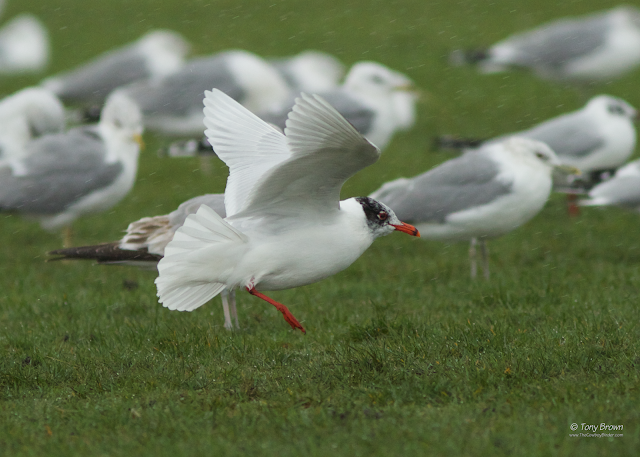 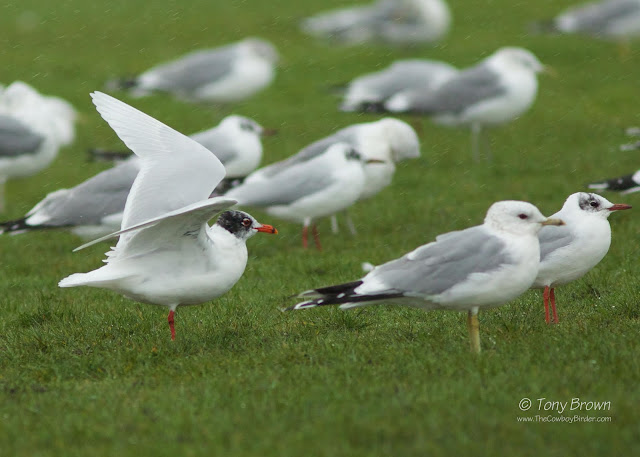 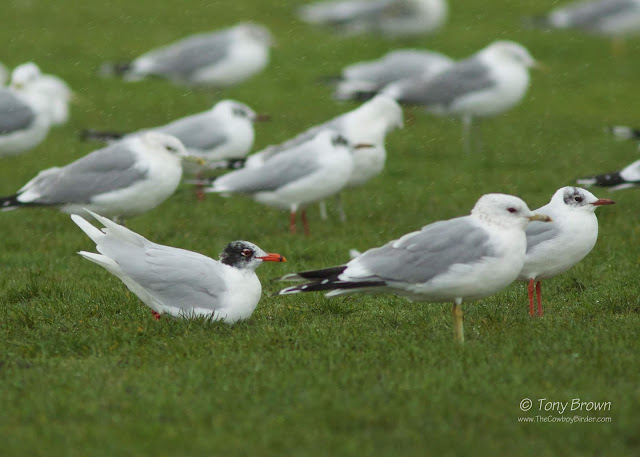