This Herring Gull initially threw me when I first saw it - not the ID but the strange false leg!

The bird was standing on the banks of Alexandra Lake (Wanstead Flats) when I noticed a shiny, glistening leg reflecting in the early morning sunlight, from a distance the Gull appeared to have what looked like a metal leg, but sadly on closer inspection I could see it wasn't a bionic leg (which frankly would have been very odd) but a fishing lure! The hook from the discarded lure had gone straight through the webbing in the Herring Gulls foot. The injured foot was then being held in a tucked-up position and the lure was just dangling vertically to the ground, making it look strangely like a leg. Although a massive hinderance, the bird didn't appear to be in any distress and I watched it fly around the lake a couple of times, with the lure dangling below.

There's always a group of non-breeding Gulls (mainly 2nd-calendar year birds) hanging around Alexandra Lake so it'll be interesting to see if this birds sticks around and if so, how it fares. My feeling is that this is a recent injury and the lure will hopefully come away as the hook slowly tears a way through the webbing of the foot, this should hopefully be possible as I believe all legal fishing hooks are now barbless.

It would be easy to point the finger at an angler for not disposing of their lures/line/hooks correctly but the lure could easily have snagged on something, snapping the line and leaving the lure behind - as someone who has done a bit of angling in their youth I know all to well that this could be a possibility, none the less it's a shame to see an innocent young bird pay the price for someone's fishing misfortune. 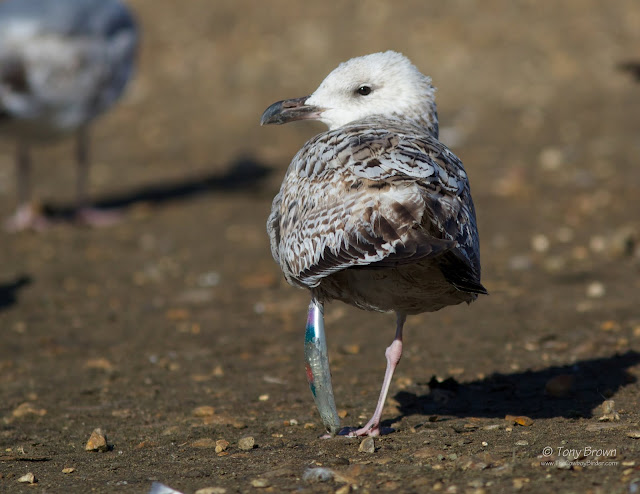 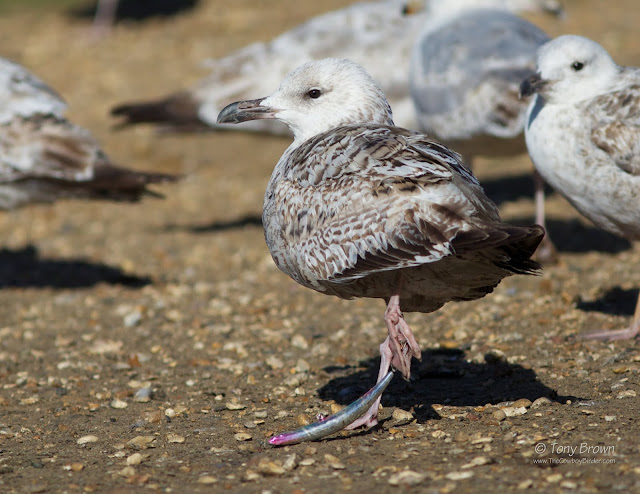 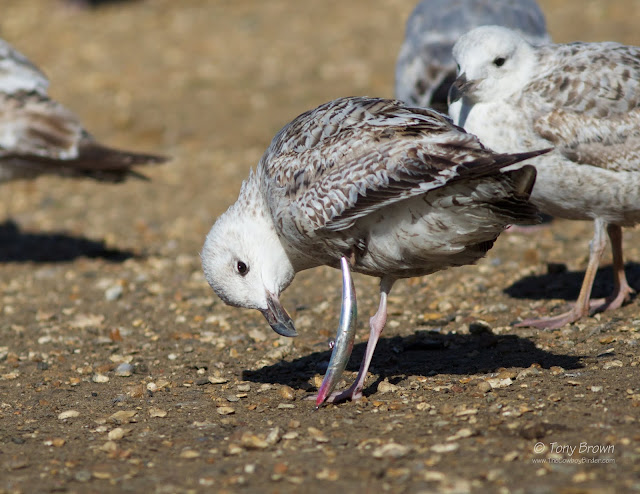 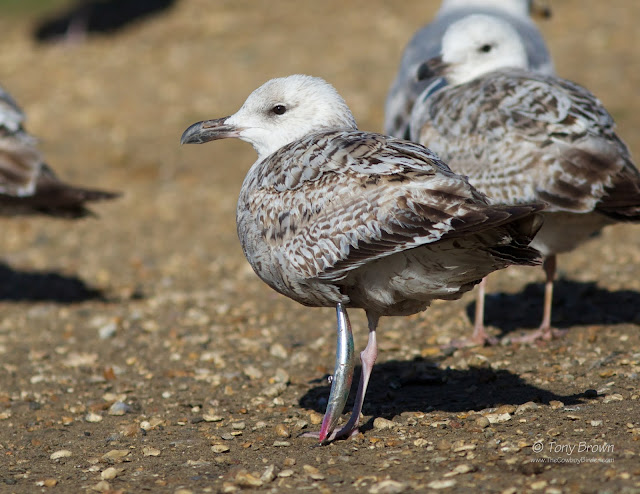