The recent blast of cold weather from the continent not only provided an opportunity to enjoy a large movement of Lapwings through Wanstead (approaching 1600 in a 6 day period from the Sunday 7th February) but with frozen water-bodies, it also gave me an opportunity to view a lot of the Gulls closely on the ice and away from the usual wintering gatherings on the surrounding football pitches. There was a sizeable increase in Common Gulls on Sunday 7th February with estimates over 1500+. The swell in numbers was probably pushed up by the oncoming storm and the saturation of water across Wanstead Flats with many of the football pitches now flooded, creating some localised flashes and wonderful (if only temporary) additional and attractive habitat and feeding.

Russian Common Gull (spp heinei) has been on my radar for a couple of years now but despite Wanstead having one of the largest wintering flocks in London (if not the biggest) my success rate has been all but zero with only a couple of possibles in the field (snowy-headed adult Canus) later binned at home having viewed my photographs in closer detail. That was until I photographed this adult bird, not only did it stand out in the field but it also ticked a couple of boxes once I viewed the open wing formula in greater detail. 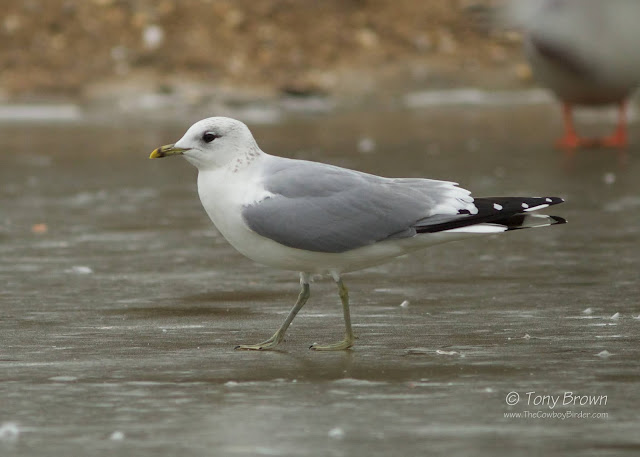 More plus points - in the wing pattern 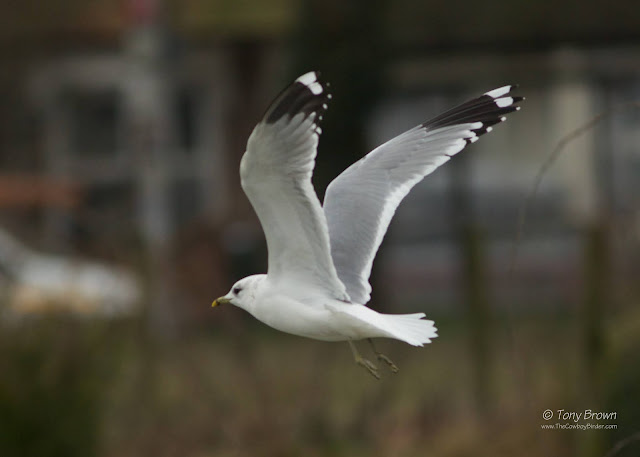 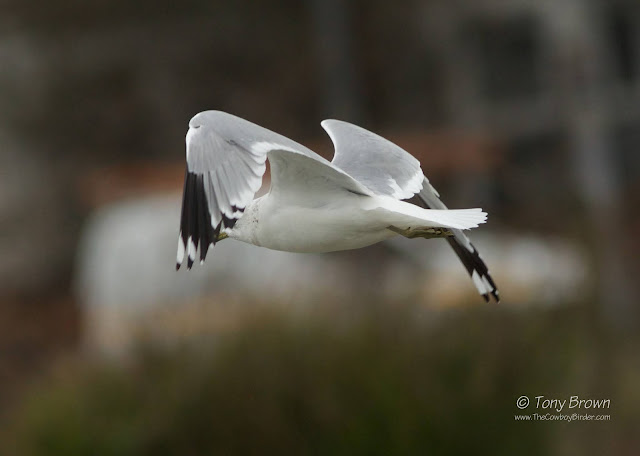 In conclusion, this bird ticks a few boxes for an 'Heinei' Common Gull and was certainly worth further investigation but to call this a 'true' Russian Common Gull (ssp heinei) would be off the mark as you you really need to have the full suite of features! So this bird probably falls into the 'Eastern looking inter-grade' category at best.
Many thanks to Jamie Partridge for his invaluable input...in the meantime, I'll continue to keep an eye-open for a bird that ticks all the boxes - Do svidaniya!
Posted by Tony Brown at 16:59